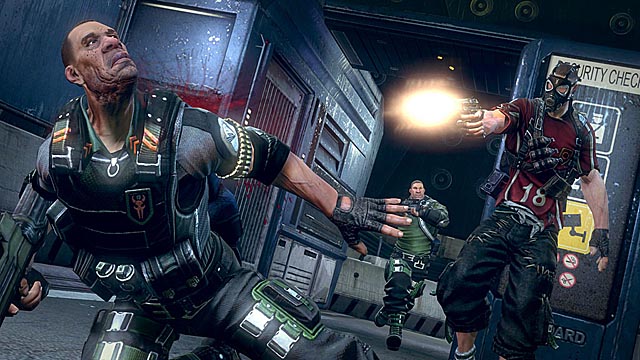 Although the brevity of an E3 demonstration only provided a cursory overview of Brink‘s mechanics, a subsequent chat with the title’s developers helped to reveal the title’s ambitions. Building on experience gleaned from both Wolfenstein: Enemy Territory and Enemy Territory: Quake Wars, it became evident that Splash Damage sought to elevate the first-person shooter beyond the rudimentary Deathmatch and Capture the Flag rulesets. With gameplay which pledged to blend parkour-maneuverability, adaptive mission structures, and artificial intelligence which was indistinguishable from online players, Brink‘s aspirations were undeniably lofty. Regretfully, a post-patched final retail build struggles to meet those objectives. While the bulk of liability can be attributed to the developers, at least a portion of Brink‘s burden lay with gamers.

With a substantial emphasis on online multiplayer competition, Brink‘s storyline and bookending cinematics are surprising treats. The game’s storyline situates players on The Ark- a sprawling, man-made chain of islands which becomes a fragile outpost when global warming initiates massive global flooding. Following an introductory sequence, gamers align themselves with one of two factions: The Security, a group who intend to use any remaining resources to save the Ark, or The Resistance, a militia hopeful to find refuge beyond the city’s congested walls. 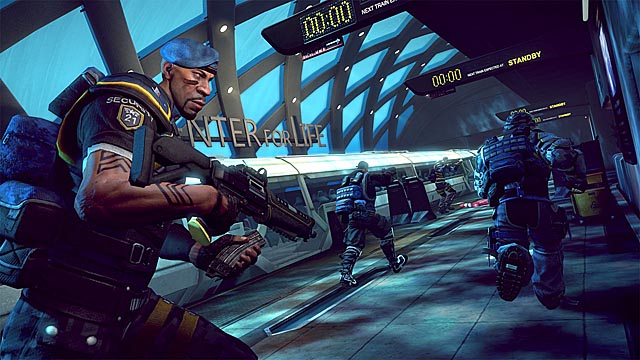 Much of Brink‘s personality stems from the title’s inspired character design, which features long, deftly caricatured faces and a exhaustive arrays of unlockable apparel. Three distinct body types offer more than cosmetic diversity- each dictates both the agility and resiliency of combatants. Likewise, the game’s arsenal is both proficiently rendered and highly customizable. Starting with four basic weapon types, players can add an array of accessories- from red-dot sights, duct-taped clips, grenade launchers, to slings. While the game’s environmental architecture is solid, creating plenty of opportunities for impromptu choke points and interior stand-offs, the textures used to construct these areas are often drab and suffer from sporadic fits of pop-up.

Although the title’s maps aren’t always attractive, the verticality of each stage endows each stage with a plethora of objectives. Beyond having a primary mission in both offline and online games, a press of the directional pad brings up secondary assessments, with both completion and assignment of tasks contingent upon a players class. From engineers that build turrets and barricades to medics who revive fallen comrades, Brink requires a well-balanced team concentrating on a common objective. 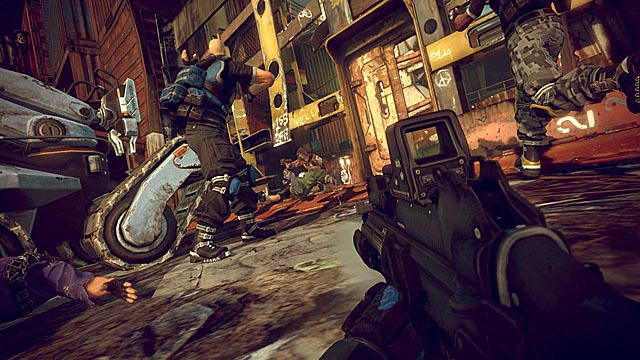 Play the game offline, and the title’s bots perform their specific duties admirably- soldiers will plant explosives or buff their teammates ammo. Yet, while your cohorts focus on their individual goals, they often fail to obey the group goal, forcing the player to repeatedly work alone. With a timer closing in on expiration, gamers may find themselves alone in escorting a VIP or hacking an objective, as the AI clashes over a command center. At these moments, aggravation is bound to arise, as teamwork goes disregarded.

Sadly, online experiences fared little better. While a minority of random matches were populated with participants who concentrated on the game’s goals, many more became Modern Warfare-esque fragfests as players neglected objectives and avoided support roles. While fault cannot be attributed to Splash Damage, potential purchasers should be forewarned. Others may be vexed by the lack of any in-game lobbies, making playing with Brink with a group of regular needlessly cumbersome. 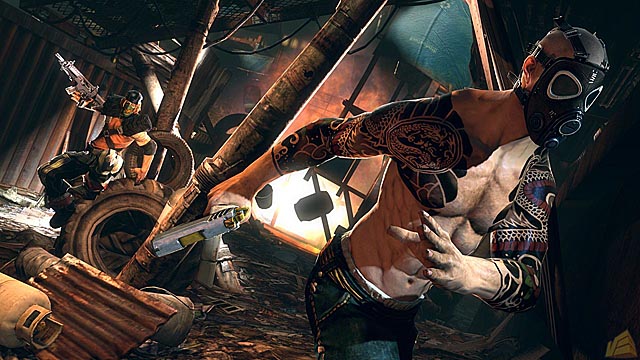 Ultimately, any of Brink‘s caveats stem from the game’s noble ambitions. In an attempt to offer a dense alternative to the twitch shooters which permeate the market, the title generally prevails. Yet, when individual  objectives meet group goals, Brink stumbles-  as bots and players show a disturbing lack of esprit de corps. Hopefully, a healthy commitment to patching and an evolving community can make The Ark’s last stand a movement worth caring about.