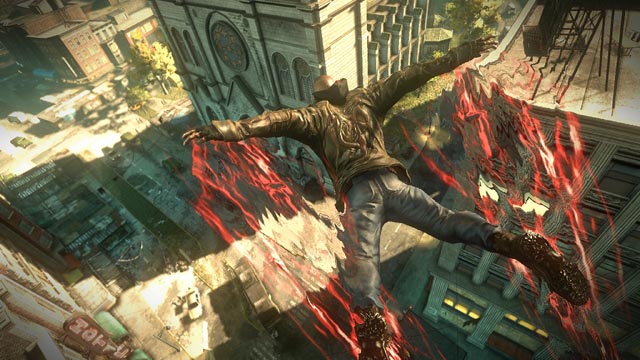 With the release of 2005’s The Incredible Hulk: Ultimate Destruction, Radical Entertainment established the template which would spawn a succession of pulpy, open-world, action titles. From the Infamous and Crackdown franchises to Radical’s own Prototype, the sub-genre has centered on providing the protagonist with a customizable, ever-escalating arsenal. To flaunt the raw power of this weaponry, each title has not only offered a spirited sandbox stuffed with enemies, but also exhibited the capacity for collateral damage to demonstrate the sheer ass-kicking aptitude of your growing loadout.

Unsurprisingly, the recent release of Prototype 2 maintains many of these distinctive elements, providing players with an incessant array of antagonist annihilating options. From five different appendage-augmenting options, the opportunity to seize enemy weaponry, and even being able to deliver a bladed haymaker to vexing helicopters, the title rarely misses an opportunity for enthusiastic mayhem. Add the ability to scamper up the sides of buildings, glide assuredly across the skies, and even shape shift into antagonists, and the title becomes an accommodating playground of punishment. Much like the God of War series, obliterating swaths of weak foes conveys the sensation of near-invulnerability. It’s a feeling that is echoed by the ability to replenish your vitality by consuming lesser antagonists, which sporadically sends the player gobbling up the game’s populace like popcorn. 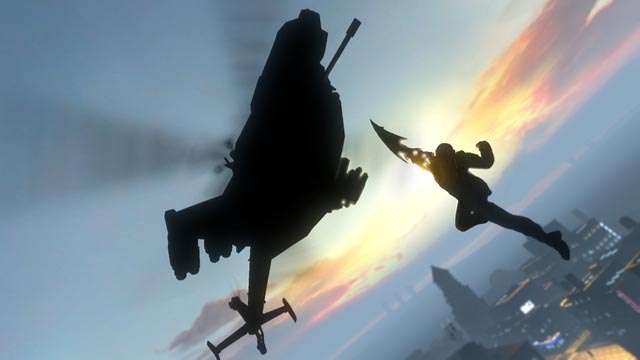 Like Kratos’ adventures, the game’s storyline is fueled by a vengeful bloodlust. Set a year after the events of the first Prototype, original protagonist Alex Mercer is recast as the sequel’s heavy, endowing new hero James Heller with monstrous abilities. Although Mercer was hoping the soldier’s battle experience and integrity would make for a valuable ally, Heller blames him for the death of his wife and child, becoming resolute on retaliation. While the change in lead character and general tone are a slight improvement over the first game, some players may have difficulty identifying with Heller. Between his incessant use of F-bombs and ability to infect people with bio-bombs which turn them into bloody geysers, the character is the personification of unmitigated rage. Ideally, a fragment of empathy could have kept Heller from converging on caricature. For players who overlooked the first title, ‘Prototype Recap’ offers an aptly named video which offers a two minute summary of the preceding events.

For players who did venture through Prototype’s adventure, the sequel offers a number of gratifying refinements. Scampering up the side of skyscrapers has been improved, with players only occasionally being stymied by the awnings of New York’s high-rises.  Radical revamped the combat system, removing the requirement to fiddle with the weapon wheel. Now, powers are mapped to two different buttons, allowing players to instantaneously select anti-vehicular hammerfists or tendrils capable of grappling infantry. Whereas Mercer’s defensive capabilities were limited, Heller has the ability to completely shield himself, using armor that absorbs damage until splintering and subsequently, regenerating. 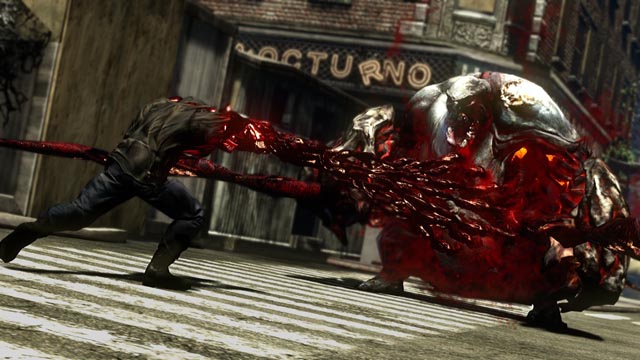 Conveniently, Prototype 2’s defensive measures allows for reversals, sending rockets and other projectiles back at aggressors. Mounting vehicles allows Heller to tear off their weapons, destroy them in a brash finishing move, or even commandeer them, depending on the evolutionary state. Much like his ability to use enemy ordinance, the protagonist’s own aptitudes usually overshadow found machinery. While tank artillery is undoubtedly powerful, the speed of the vehicle is no match for Heller’s athletic abilities; usually players will control hardware only when a mission dictates.

Although Prototype 2’s controls show improvement, a few of the first game’s issues linger. Heller moves relatively quickly, so grabbing a specific soldier or weapon can be tricky. In crowded situations, expect to inadvertently grab a machine gun instead of a health-rejuvenating combatant. Fortunately, difficulty through the game’s fifteen-hour campaign is fairly merciful, limiting the number of occurrences where a player’s life hinges on the acquisition of certain commodity. The game’s camera normally frames the action suitably, yet intermittently Heller will become obscured behind an environmental object due to the game’s tight perspective. While the PS3 iteration of Prototype 2 exhibited a generally stable framerate, the Xbox 360 version succumbs to the rare fluctuation in refresh rate, and showed noticeable signs of screen-tearing. 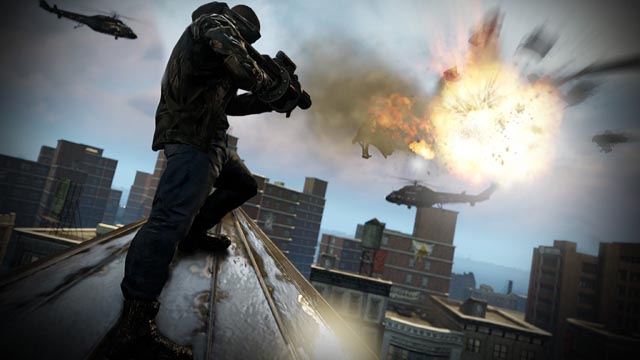 Picking up the title at launch, gives player access to Radnet, a perk which grants access to seven weekly installments of additional content, all tied to leaderboard rankings. Once the code is entered, mini-events pop-up on your radar, challenging players to defeat a specific number of enemies in limit time or gather a number of collectables. On their own, these axillary assignments are wildly different from the objectives in the main game. However, completion rewards players with everything from evolution points, new powers, and behind-the-scenes videos making them obligatory errands for those hoping to supplement Heller to his fullest. Appreciatively, Prototype 2 is exceedingly adaptive. Players wishing to explore the game’s backstory are given slivers of information through short, stylized cutscenes; those seeking uninterrupted action will still be able to glean a basic plotline from in-game dialog. Similarly, the game’s numerous side-missions reward players help upgrade Heller, allowing players to lessen difficulty of the game by boosting the abilities of protagonist. Although amassing trinkets in most games often seems like a bit of a time waster, the title’s tracking system and clever concealments makes locating items such as black boxes surprisingly rewarding.

The inclusion of Radnet not only dissuades players from buying a used copy of Prototype 2, but also encourages early adoption with the inclusion of time-sensitive voucher. Although this policy seems likely to draw the ire from a faction of vocal gamers, it shouldn’t hinder fans of open-world adventures from purchasing Prototype 2 at their earliest convenience. From the removal of irritating difficulty spikes, a revamped control scheme, to a graphical overhaul, the game eliminates many of the woes of the first game exhibiting the type evolutionary improvement displayed by its main character. 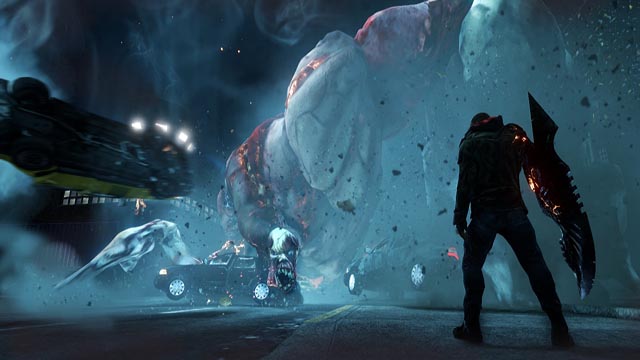