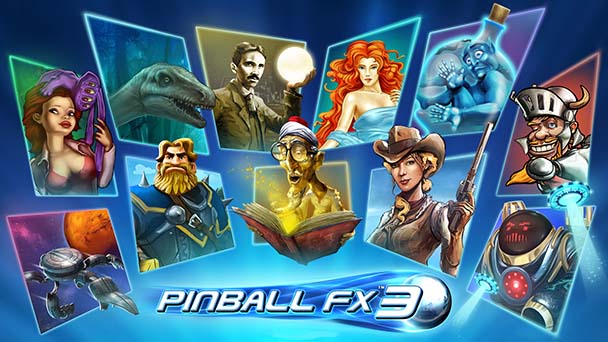 Although originally released seven years ago, Pinball FX 2 might not seem to be in dire need of a sequel. Certainly, the need for a follow-up has been quelled by Zen Studio’s commitment to the title, with the developers creating over seventy different DLC tables, adopting properties like Star Wars, South Park, and Marvel’s superheroes into pinball form. And Zen’s been remarkably skillful at not letting their technology grow stagnant. Any content purchased on last gen’s console was ported over to the current generation, permitting a free, higher fidelity upgrade if you remained with the same hardware manufacturer. 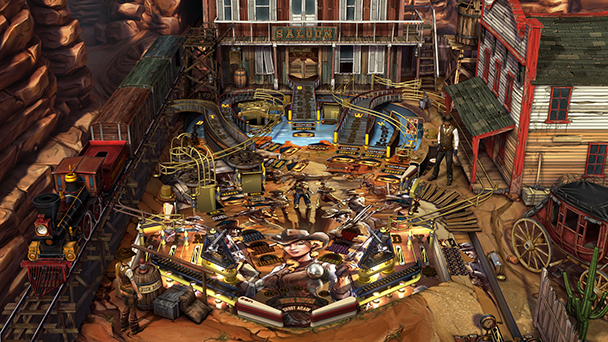 Delve into either Sorcerer’s Lair, Zen’s freebie, or find that many of your previously purchased table can be imported in FX3 free of charge. Unfortunately, the process isn’t problem free. Beyond the absence of a handful of older DLC (South Park, Street Fighter, Ninja Gaiden, Plants vs. Zombies, and Ms. ‘Splosion Man) prevented by licensing issues, some tables such as The Avengers – Age of Ultron failed to make the migration, which is pretty irritating.

Once you do manage to get the majority of your old tables, you’re likely to observe a number of changes. Likely, the first amendment you’ll notice are the addition of stars, which are rewards for completely in-game achievements like nailing a skill shot. Earn enough of these and you can unlock ‘Wizard Powers’ for a table, granting perks like allowing players to trigger slow motion or even rewind the game. There are also Passive Upgrades which can do things like lengthen the time of Ball Saves or multiple the score during multiball. 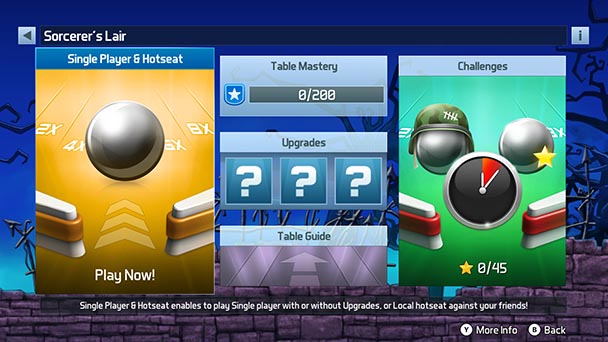 Player progression is another addition, with experience points awarded for each attainment. Level up enough and you’re permitted to do things like change the frame and backdrop of your avatar. Likely, you’ll appreciate the extra customization (just not the palette swapping), as Zen has expanded the leaderboards. Now PlayStation 4 and Xbox One owners can clash for bragging rights with PC-based Steam players. Sadly, scores aren’t universal, with Sony and Microsoft still refusing to share info with one another, but on the upside, the Xbox One/Steam ecosystem also incorporates data from players who purchase the game from the Windows 10 store.

These allegiances are also evident in FX 3’s tournaments and matchups. The former have increased flexibility, permitting variants like five-minute matches and one-ball rounds, as well as traditional three-ball games to test table mastery. The later are tiered competitions, with participants selecting from four random tables as they attempt to beat the time-based score of three different opponents. Since, it’s all asynchronous and incentivized, there’s always some goal to strive for, making this component quite absorbing. 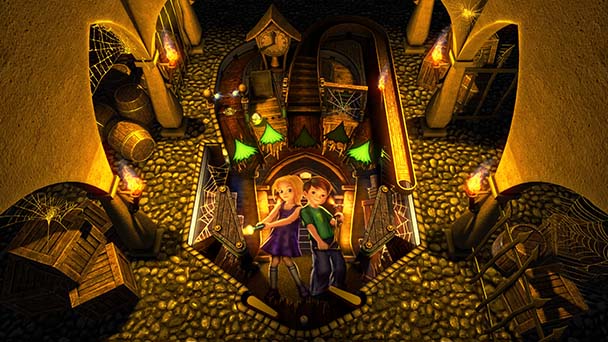 It’s evident that Zen didn’t quite anticipate the number of tables that would be made for FX 2, and table icons become a bit small. FX 3 fixes that issue, categorizing simulated machines by property, using submenus to economize space. Largely, the game’s menu system is commendable, allowing players to quickly shuffle between components and is light on the salesmanship. In a perfect would, that description would apply to console user interfaces as well.

In execution, FX 3 shines on Sony and Microsoft’s systems, flaunting a new lighting and ball reflections that help the sequel look a smidgen better than the predecessor. But the latest build on PC is a disheartening disappointment. Whereas FX 2 ran buttery smooth on a 1050 TI-powered laptop, that same machine exhibits a halved framerate with the follow-up. Even worse, are the micro-stutters that freeze the ball for a fraction of a section. With FX 3 they’re heartbreakingly frequent, ruining the sense of flow that pinball requires. Dialing back the resolution and moving to a more powerful graphics cards mind stop these distractions. 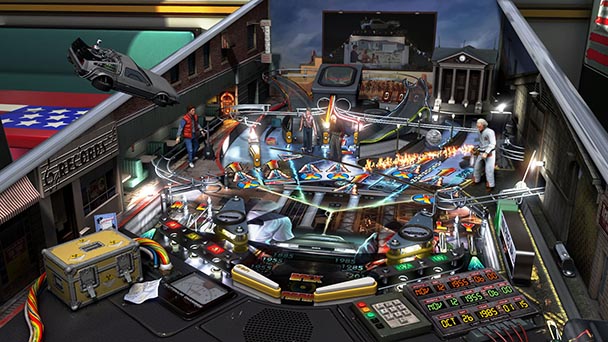 Universal Classics Pinball Pack
While Zen Studios haven’t tried to simulate actual pinball machines, the acquisition of popular properties means they’ve crafted tables that feel like relics of the recreation’s golden age. Their Universal Classics Pinball Pack (priced at $9.99) adapts Back to the Future, Jaws, and E.T. The Extraterrestrial into ersatz machines with almost all of the expected features.

Almost, because aurally, the three tables are lacking. Some of the voice samples vaguely sound like Michael J. Fox or Christopher Lloyd, but others like the stand-in for Henry Thomas’s Elliot aren’t even close. Worse, each films signature score isn’t included, so don’t expect to hear John Williams foreboding shark warning or Alan Silvestri’s signature refrain.

But if you’re able to overlook that omissions, the pack delivers Zen’s customary capable table design. From Jaws’ uncluttered bottom field and habitrails that imitate the trajectory of a ravenous Great White to the attempt to create different eras of Hill Valley, each does a commendable job at adapting the salience themes of the source material. Visually, the two tables based on Spielberg’s properties are especially striking, with sun-scapes seemingly illuminating the board.

Between Pinball FX3’s importing function not fully functioning and performance issues with the PC version, Zen’s latest effort is in need of patching. On console, it’s certainly playable and as a free download, easily worth the time and bandwidth just to access the game’s player progression and community features. On PC, the title shows promise, but until the framerate woes are fixed, you’re better off sticking with FX2.

Pinball FX 3
Platform:
PC, also for PlayStation 4, Xbox One
Developer: Zen Studios
Publisher: Zen Studios
Release date: September 26th, 2017
Price: Free, Universal Classics Pack ($9.99) available via Steam, PlayStation Store, or Xbox Games Store
Pinball FX 3 review
Although originally released seven years ago, Pinball FX 2 might not seem to be in dire need of a sequel. Certainly, the need for a follow-up has been quelled by Zen Studio&rsquo;s commitment to the title, with the developers creating over seventy different DLC tables, adopting properties like Star Wars, South Park, and Marvel&rsquo;s superheroes into pinball form. And Zen&rsquo;s been remarkably skillful at not letting their technology grow stagnant. Any content purchased on last gen&rsquo;s console was ported over to the current generation, permitting a free, higher fidelity upgrade if you remained with the same hardware manufacturer. Whereas FarSight&hellip;

Summary : Coming out the launcher, Pinball FX 3 misses the skillshot, at least on the PlayStation 4 and PC iterations. New additions to the game are certainly welcome and improve the all-around experience. Hopefully, Zen will work out the game’s lingering blemishes, allowing FX 3 to set the equivalent of a new high score.