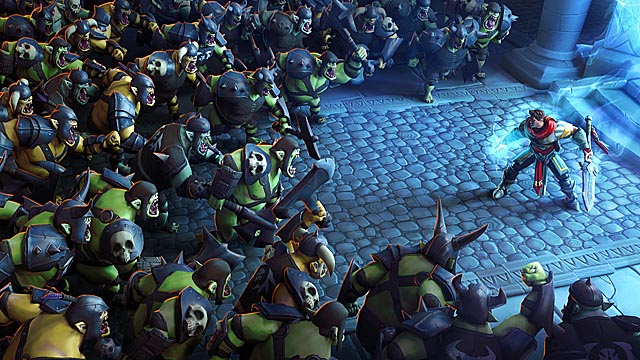 What is the concept? Recalling Trenched and Toy Soldiers adept amalgamations of the tower defense and third-person shooter genres, Orcs Must Die rewards marksmanship as much as prudent planning. Players are thrust into the role of the War Mage, an unlikely hero entrusted with protecting teleportation Rifts from an invasion of sharp-eared brutes. Fortunately, a steady flow of new weapons, traps, and tools can help balance the odds against this disproportionate usurpation. From walls which discharge a ravaging barrage of arrows, gigantic meat grinders, to catapults capable of flinging orcs into toxic pools, the title’s arsenal is both varied and comically sadistic.

Distinguishing itself from most tower defense titles, even the most elaborate array of ambuscades won’t be enough to completely stop the encroaching hordes. Therefore, Orcs Must Die also supplies players with an assortment of melee, magic, and ranged weapons which grant the game a sense of immediacy lacking in titles which employ an omniscient, overhead perspective. 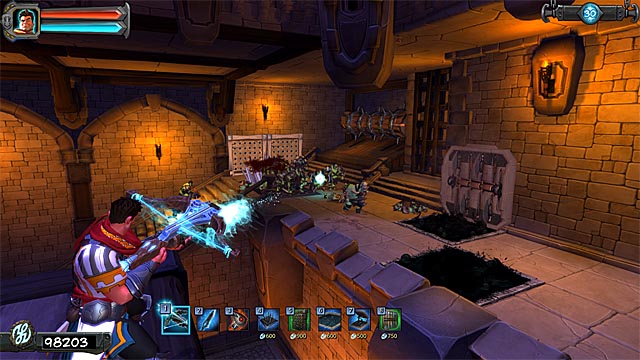 Would I enjoy the game? Orcs Must Die’s level design often stresses using a specific set of tools to clear a stage, imbedding the title with an undeniable puzzler vibe. As such, the game rewards players who have the ability to analyze levels and exploit the layout of each catacomb. This is evident before each new stage- where players are given a number of item slots that is habitually smaller than the breadth of their armory.

Undeniably, the title’s pageant of pain-inducing punishment is certain to charm a certain constituency.  Seeing adversaries minced by giant spinning shredders, impaled by elevated spikes, or flung by the detonation of an exploding barrel delivers the type of cathartic, cartoonish, mayhem that is certain to draw smiles. 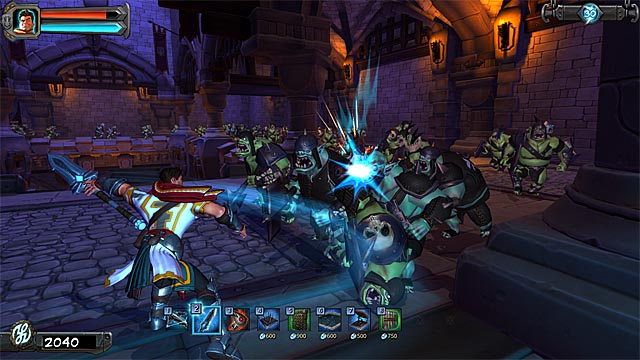 Completed levels reward gamers with the game’s currency- orc skulls, which can be pooled to unlock a single enhancement for each of the game’s traps. Pleasingly, each augmentation is permanent, encouraging players to bring their new augmented arsenal to back to previous stages in an effort to maximize their war funds. Few will find fault with the game’s pleasing visual aesthetic which offers instances where dozens of well-drawn foes scampering with nary an effect on the game’s framerate. 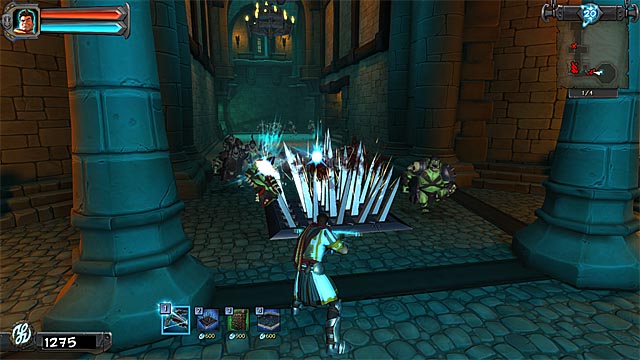 What could have been improved? Regretfully, a few of Orcs Must Die designs decisions encourage trial-and-error gameplay over skillful strategizing. When players start a new stage with multiple enemy spawn points, there’s no indication of which portal the orc hordes are going to come marching through. When combined with a limited starting budget for defensive traps, players can expect a few level restarts before they memorize enemy incursion patterns and successfully complete a level.

Although the title’s twenty-four stages offer a gratifying campaign for solitary orc assassins (with a higher difficulty unlocked upon completion), the game would have been elevated by the inclusion of a cooperative component. Collaboratively building complex creating killing ambushes could have added value, longevity, and bit of variety into Orcs Must Die’s fundamentally static mission structure. 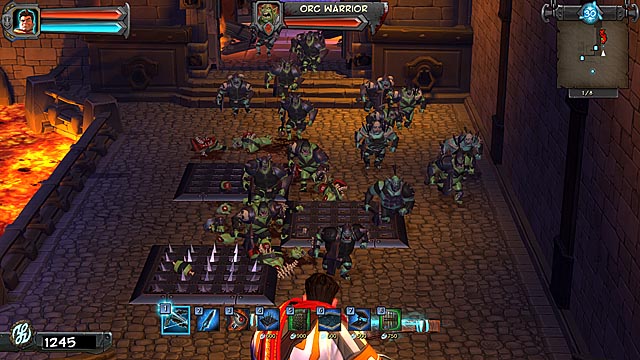 Is it worth the money? Blending sword-swinging, shooting, and stratagem into a gratifying blend, Orcs Must Die supplies a solid six hours of gameplay for its fifteen dollar price. While it would have been satisfying to have seen some multiplayer elements, AI archers and knights prohibit the title’s merciless mazes from becoming too desolate. Tower defense devotees will probably find enough orc skewering, slicing, and slivering to justify the cost, but more casual players will want to wait for the inevitable sale.

Previous: New Releases for the Week of October 9th, 2011
Next: Atelier Totori: The Adventurer of Arland Review