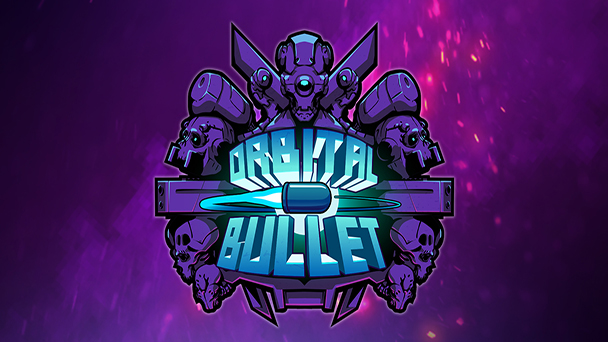 With taut action, creatively conceived level structures, and more weapons, perks, and skills that most of its peers, Orbital Bullet’s Early Access release shows a lot of pugnacious promise.

A developer once joked, “isn’t everything better with roguelike qualities?” After playing, Orbital Bullet, that playful statement seems to contain quite a bit of truth. At the heart of SmokeStab’s engrossing shooter are ring-shaped levels that replace the genre’s traditional scrolling stages. As the protagonist scurries across each loop, you’re able to see enemies and hazards in the distance. Much like Housemarque’s brilliant Resogun, the perspective isn’t just eye-catching, it’s advantageous, letting you strategize when clusters of adversity lurk on the horizon.

But Orbital Bullet ups the ante, with playfields that offer concentric rings and stairways made of slabs that can transport you to a raised loop. There are also teleportation pads that can whisk you between rings, shuttles that soar to other cylindrical structures, and even the occasional zipline. Maps are often used to move players across vacant spaces in most procedurally generated roguelikes. But with Orbital, they’re necessary when navigating the complication of interlocking ring stacks, which can resemble metropolitan train networks. 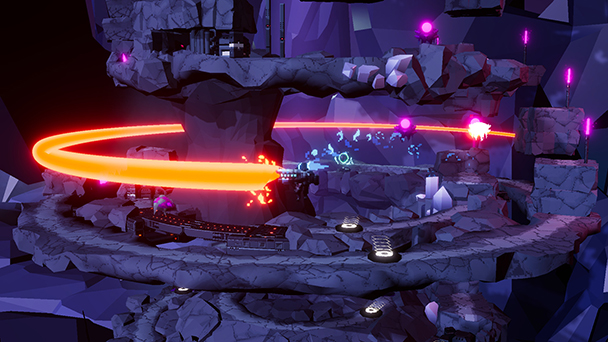 Taste my Heel, Feet the Heat of My Boot Laser

Gratifyingly, the game’s astronaut-looking protagonist is nimble and can carry a robust loadout. He’s able to jump, double-jump, and pull himself up ledges, as well as dash to avoid damage. During each run, you’ll get to select from additional skills, such as a triple jump, the ability to hover, or even laser boots that char vulnerable foes as you glide right over them.

But you won’t need the boots to inflict melee damage. Simply hop on foes, Mario-style and you’ll gradually deplete their health gauges. With armored foes, you’ll have to jump on top of them to remove their protective shielding before finishing them off with melee or ranged attacks.

Additionally, you are able to carry two different weapons and switch between them freely. Although ammo isn’t unlimited, defeated enemies sporadically drop icons that will refill your guns, whether you’re carrying a pistol, rifle, shotgun, grenade launcher, or even a bola. Smartly, the game isn’t too picky about elevations, with most projectile trajectories automatically angling to hit their targets. But you can crouch down if you need to fire a few rounds at the shelled creature shrouded in a nook. 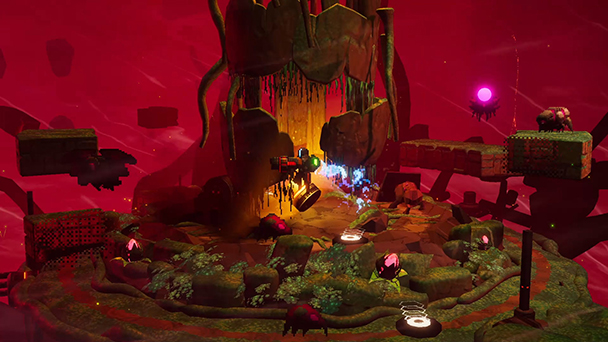 The Instruments of Obliteration

What is especially enjoyable is that each weapon prompts its own distinct play style. Rifles are able to hit far flung foes on the other side of the ring. Plasma bursters and grenade launchers require a bit of vertical clearance.  But they deliver a punishing area-of-effect detonation. In keeping true to roguelike tradition, your arsenal doesn’t remain static.  You’ll find randomized drops culled from the selection of weaponry that you’ve unlocked.

Skill trees not only offer navigational and health-boosting perks. They can also increase your damage output, unlock medikits, or provide a droid that shadows behind you, firing at opponents. Small perks can be located, which do things like increase the odds of stealing life from an exterminated adversary or landing a critical. Orbital Bullet will likely remain in Early Access until 2022, but there’s already a satisfying variety found in the quantity and creativity of upgrades. 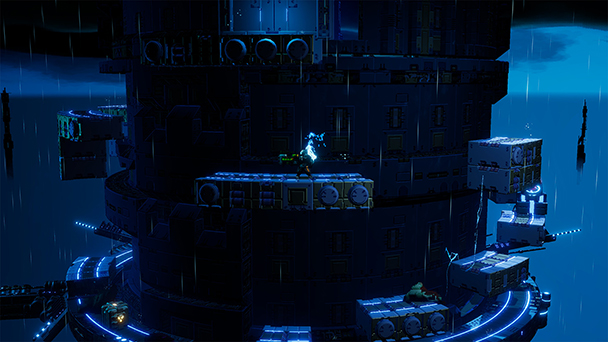 I’ll Be Seeing You Around for a While

Naturally, there are enhancements in the meta-game as well. You’ll gradually unlock boosts from a permanent skill tree using nanobytes scattered across stages. From augmenting the selection of goods at the mid-level merchants to gaining the ability to recycle your unwanted guns, persistent play is dutifully rewarded. Another currency is used to unlock new weapons and increase the level range of found arms.

While you can fault Orbital Bullet for the sluggish speed of its meta-game drip feed, the breadth of benefits is undeniably robust. There are different classes and skill patterns to discover, each injecting just enough variability to keep things fresh. But the most enjoyable aspect to the game is learning to flow. Turning into a stomping, shooting killing machine is truly stimulating, recalling a 2D version of the frantic, non-stop action of Doom Eternal.

Fun also arrives from threat prioritization. Enemies behave in a multitude of different ways. While some make a beeline for you, others might launch grenades from another loop. Some emit a cascade of bubbly, pink toxicity barring you from jumping on their head, requiring an adjustment to your attacks. After each boss that you defeat, you’ll encounter new adversaries who grow in strength and have sturdier defenses. You’ll learn to swiftly take down the merciless ones who fire homing missiles, which almost always siphon away a bit of health. 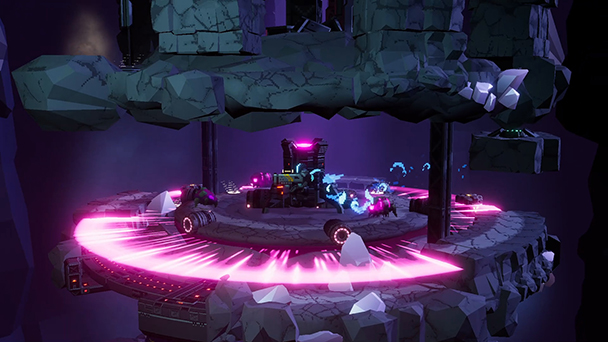 While Orbital Bullet is wholly playable in its current iteration, difficult-to-evade rockets are not its only issue. Creature stomping has little room for imprecision making it all too easy to lose health when attacking from above. While the game’s balancing makes things fairly evenhanded, there are a few weapons that seem underpowered. As such, you’ll probably develop favorite weapons and avoid others, nullifying some of the game’s variability. But beyond this minor transgressions, Orbital Bullet seems to offer some undisputable evidence that roguelike qualities can improve most games.

Orbital Bullet was played on PC with code provided by the publisher.