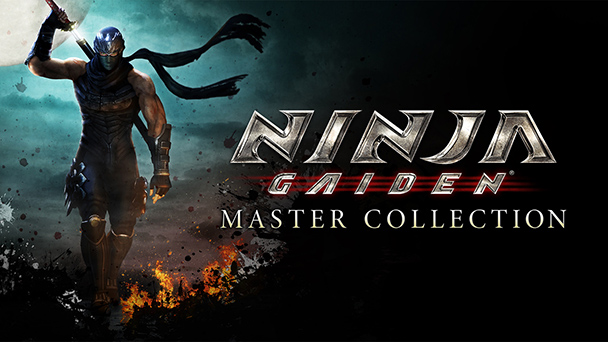 Ninja Gaiden: Master Collection bundles a trio of iterations. Two of them aren’t as good as their predecessors and the third game is decidedly uneven. That said, the amount of dragon sword-cleaving enjoyment makes with a worthwhile purchase, at least on Xbox One. 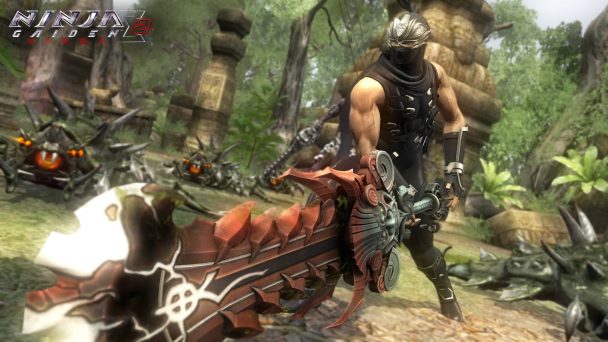 When asked about the philosophy behind combat in the original Ninja Gaiden, Tomonobu Itagaki once explained that the design revolved around the concept of balance.

But the game’s director was speaking about more than just the taut level of adversity faced by protagonist Ryu Hayabusa. He explained that the that the 2004 title provided players with all the essential abilities they would need to neutralize any foe. Eschewing tradition, Hayabusa didn’t rely on stealth, but rather strength to defeat his enemies. Developer Team NINJA supplied a wealth of accessible measures and countermeasures to players. Success revolved around learning how and when to use them.

A year later, the director offered a reworked and rebalanced iteration, entitled Ninja Gaiden Black. It tweaked play, making the AI more resistant to spammable attacks like the Flying Swallow technique and bundled two downloadable expansion packs. In 2008, Ninja Gaiden II arrived. It maintained the ‘tough but fair’ approach of its predecessor, while upping some of the fantastic elements. 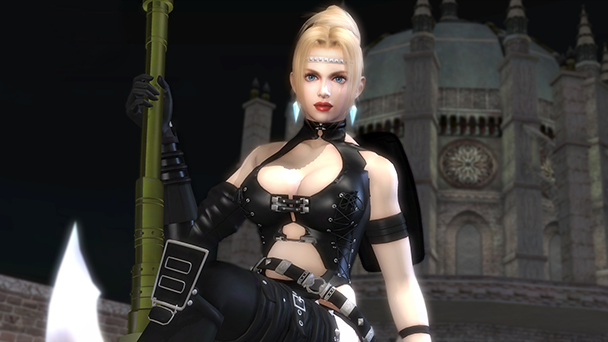 But the game’s release was overshadowed by Itagaki-san’s resignation three days earlier. Undoubtedly, the balance at Team NINJA was disrupted.

Although the foundation of two of its titles, Ninja Gaiden Sigma and Ninja Gaiden Sigma II were developed under Itagaki’s direction, changes and additions were made by the team’s remaining members. Unsurprisingly, many players see these as slight regressions rather than improvements.

While PlayStation 4 and PC owners are left with little choice, the Xbox One store still offers backward compatible versions of Ninja Gaiden Black. But the recently released Ninja Gaiden: Master Collection bundles the pair of Sigma titles along with Ninja Gaiden II: Razor’s Edge, assembling a trio of the series’ post-Itagaki works. Let’s take a look at them individually: 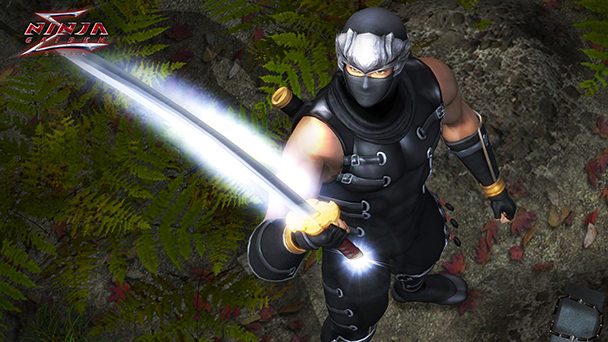 Years on, Team NINJA’s tinkering probably isn’t as detrimental as some make it out to be. Revisit Sigma and you’ll find that play is still undeniably gripping. Much of this stems from the game forcing players to commit to every offensive action. Whereas most hack-and-slash titles allow you to interrupt a strike, Gaiden gives you a potent moveset but with the condition that you can’t break an attack until the animation executes.

This approach is complemented by a guarding system that permits players to quickly block attacks from any direction.  Hayabusa’s abilities grow in a gratifying manner throughout the trek. One example: you’ll earn the ability to dish out a speedy counterattack in the game’s second chapter. It will immediately become an invaluable part of your arsenal. 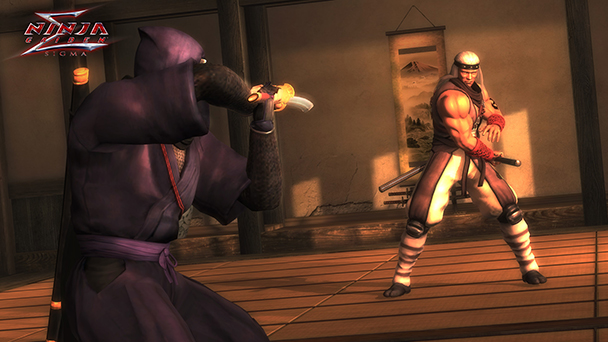 One of the most interesting aspects about Sigma is the trajectory established by the three-dimensional reboot of the property. Despite the reduction of some puzzling aspects for this iteration, there’s still plenty of Zelda-esque gatekeeping across the city of Tairon’s districts. This keeps the pace varied and tense, with players entering each new area prepared for an ambush.

But most impressive are the games settings, with memorable environments like a secluded ninja fortress, and a fight inside a burning house (and those are just the first two stages). While there’s still some leftover texturing, being able to see details like the weave in a tatami mat helps counterbalance the game’s age. 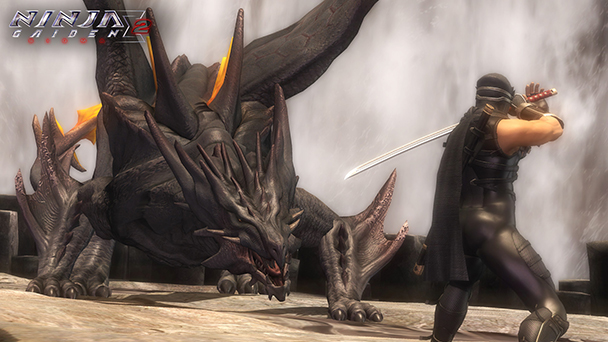 When the original Ninja Gaiden II arrived in 2008, it was undoubtedly one of the goriest Xbox 360 titles around. Hayabusa would mercilessly hack off the limbs from enemies, leaving pools of viscera around the playfield. Whether out of uneasiness with all the bloodshed or due to hardware limitations with the PlayStation 3, Sigma II abandoned the arterial sprays. While you’d often get attacked by a squad of up to eight enemies in the original, that was scaled back to six.

On the upside, this revision offers some respectable additions and changes. It is difficult to get lost thanks to the incorporation of a button which highlights the path forward. While two bosses are eliminated (few will miss the tunnel worm fight), five are added, ultimately adding additional variety. Plus, three additional playables and tag-team with a CPU partner through a succession of challenges help to show off the new weapons and combos.

Sigma II is where the series plotline heads toward convolution, incorporating characters like buxom, lingerie-clad CIA agents. But the motivation isn’t too important. Instead, it exists to send Hayabusa to picturesque locations like the sakura-lined walkways that wrap around Tokyo skyscrapers and posh venetian castles.

Sure, it might be off-putting to fight werewolves-like creatures but their presence adds variety. Another cool perk is that Hayabusa starts the game with most of his abilities from the first game, instead of having to acquire them all over again.

Revisiting Sigma II, the game’s stanch difficulty and hyper-responsive controls still feel exhilarating, as you cleave through hordes of pugnacious adversaries and some creative boss encounters. In execution, this an agreeable sequel that keenly balances convention and innovation.

The game embraces the edgy tone that dominated the twenty-teens, with the Dragon Sword being permanently affixed to Hayabusa’s arm, and compelling character to massacre enemies in order to sustain his own existence. But the bigger issue is the interruption of flow with quick-time events. It’s a decision decision that aged poorly, disrupting the traditional cadence of combat. 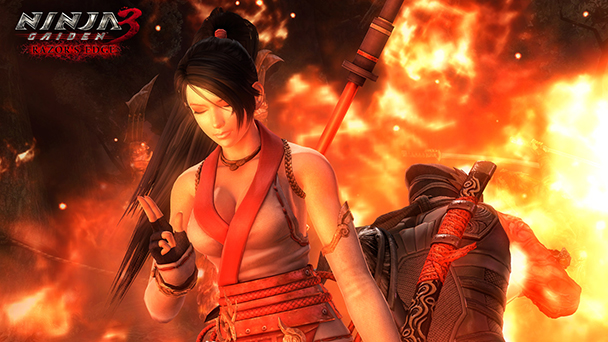 Both Sigma and its sequel kept things fair by holding enemies to the same rules that were guided players. Previously, putting foes in stun states created a sure-fire opportunity for slaughter. Here, adversaries can instantly guard. If you’re not cautious, this can put you in a susceptible situation. At least the new weapons are useful.

From the crowd-clearing Lunar Staff, a formidable sickle and chain combo called the Kusari-Gama, and twin threat of the Dragon’s Claw and Tiger’s Fang dual katanas, each new weapon brings variability to combat. Enjoyment stems from learning the speed, striking distance, and moveset associated with each new arm, punishing foes who disobey the rules of stun states.

While reports state that the PC iteration of Ninja Gaiden: Master Collection defaults to windowed mode and the PlayStation 4 version lacks a unified launcher, the Xbox One iteration is rather blemish free. On Microsoft’s ecosystem all three titles have their own icon, making for accessible but contributing to the possibility of a cluttered dashboard.

Fortunately, Master Collection succeeds where it counts, offering fluid sixty-frame-per-second performance throughout. There are still some lingering problems, like Sigma’s camera lingering on a wall, dropping Hayabusa out of frame. 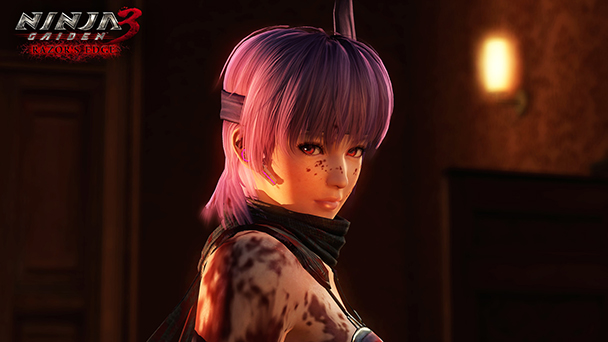 But at least on Xbox One, it’s evident that care went into the compilation. While revisions aren’t comprehensive, textures on main characters are especially well-done. Unsurprisingly, pre-rendered cinematics don’t fare as well, with the kind of artificing that reveals each game’s age.

But small issues aside, having these game playable on next-generation hardware justifying the forty-dollar price tag. Both Sigma and its sequel are two impressive action games, while Razor’s Edge is an interesting curio. Tragically, there are no supplementals documenting the production of the title. Apparently, ninjas leave little evidence of their actions.

Summary : Look past Team NINJA’s tragically uneven output, where the greatness of Nioh 2 stands in sharp contrast to the drabness of Dead or Alive 6. Ninja Gaiden: Master Collection showcases the studio’s retooling their best efforts. Like many remix albums, the original is often better, but when the source material is this solid, it’s worth a play.