Ni no Kuni: Wrath of the White Witch Review 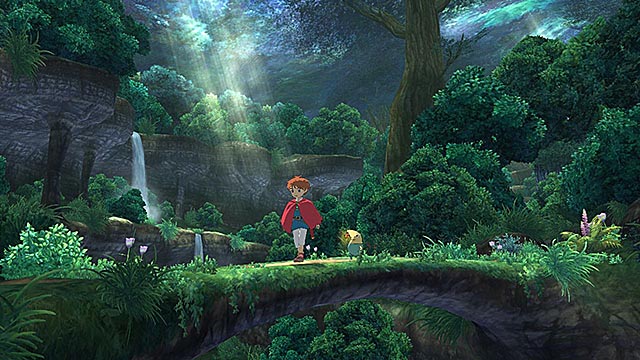 Back in 2008, when Famitsu first announced a collaboration between Level-5 and Studio Ghibli, expectations were understandably lofty. Considering the pedigree of both publishing houses- the former delivering acclaimed games such as Jeanne d’Arc as well as the Professor Layton series, the later crafting widely commended films like Princess Mononoke and Spirited Away, achievement appeared probable. The crux of success hinged on a synergistic pairing by both organizations; merely aping the motifs of Hayao Miyazaki within a conventional role-playing framework could tarnish the reputations of both companies. Fortunately, the release of Ni no Kuni: Wrath of the White Witch for the PlayStation 3 reveals a partnership that is an unequivocal success,  providing one of this generation’s most gratifying and heartwarming RPGs.

While the concept of destiny is ubiquitous in the genre- often tasking a hero with surmounting amnesia to rediscover their true potential, Ni no Kuni wisely tweaks trope. Oliver, the game’s thirteen-year old protagonist isn’t the typical plucky, valiant adventurer. When we first meet the game’s lead, he’s a well- behaved young teen whose sole lapse in judgment triggers grave repercussions. Consequently, Oliver is cast into familiar Ghibli territory, as the good-natured, solitary child is forced to navigate his way through a picturesque world, reluctantly propelled into adulthood. Identification with the game’s lead comes easily, as Oliver is compassionate and virtuous. He’s a character that is genuinely concerned with helping others around him, distinguishing him from archetypical vengeance-obsessed conquerors. 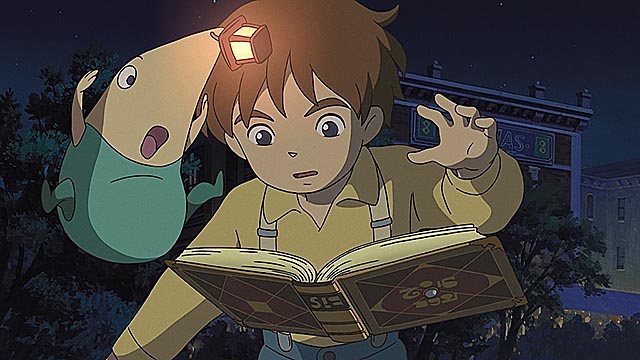 Yet, developer Level-5 exhibits a little difficulty in translating the pace of a ninety-minute anime into a fifty hour game- most notably with the game’s protracted prologue. However, once players step foot into Ni no Kuni’s parallel universe, tempo transgressions occur less frequently. The alternate reality is also elevated by an eccentric cast of captivating characters. Accompanying Oliver through his voyage is Mr. Drippy, a fervent fairy brought to life by the young boy’s tears. In execution, Drippy serves as the player’s tutor, steadily explaining Ni no Kuni’s mechanics well into the eighth hour of play. Yet, the Welsh-accented companion is more than just a mere instructional chaperon, injecting the game’splotline with both levity and endearing camaraderie. His frequent interjection of the word, “tidy” proves to be nearly as charming as the Prinny dood-speak that is common to the Disgaea world.

Coupled with ancillary personalities which offer poignant juxtapositions between the real-world and Ni no Kuni’s (which literally translates to “A Second Country”) alterative reality, frequent tugs at the heart strings are common. More importantly, the typical role-playing roles are rendered with care, endowing shopkeeps, quest issuers, and other NPCs with a bit of depth. In perspective, it’s a minor addition, but one that makes the game’s universe such an enchanting place to visit. 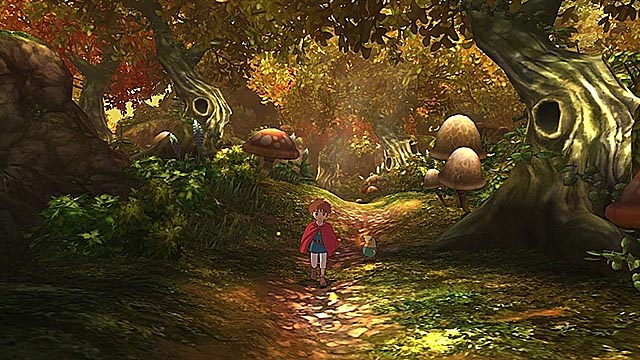 Much like the game’s characterizations, Ni no Kuni’s mechanics elevate typical role-playing tenet. Combat builds on the rudiments of Level-5’s White Knight Chronicles series, offering turn-based strategies which depend on a bit of real-time action for success. At their core, battles require players to choose from basic policies (such as attack, defend, item use, or initiating special strike) while evading assaulting enemies and picking up the bits of health and magic that splinter off struck foes.

While players may tackle opponents directly as Oliver, generating small guardians known as familiars can help reduce the young boy’s burden against darting, random adversaries. Recalling Pokémon’s training regimen, players are tasked with the taming, cultivation, and contentment of these creatures. From feeding familiars, outfitting them with stat-boosting equipment, and even ushering them through metamorphic transformations, there’s a satisfying amount of depth in this component, which helps augment Ni no Kuni’s two-pronged attack of exploration and battling. 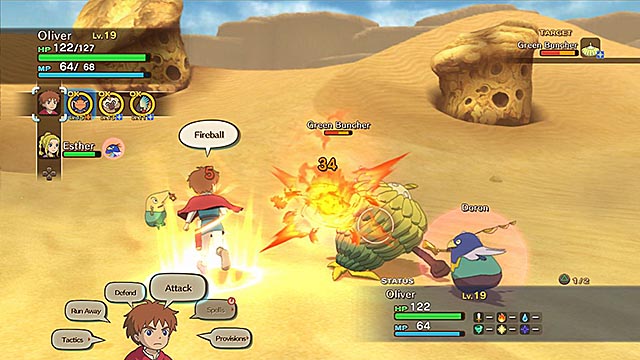 Regretfully, there are a few blemishes with the battle system. Even on Ni no Kuni’s easy difficulty setting,clashes are bound to confound role-playing newcomers. It’s admirable that encounters are persistently perilous and remove much of the tedium of gratuitous grinding. However, the combat interface requires attentiveness- with an ill-timed defense or errant button press often leading players to their last save point. While boss battles are enjoyable, often requiring an analysis of enemy weaknesses, elemental exploitation, and the utilization of familiar aptitude, instances of frustration are bound to be felt.

Expectantly, Studio Ghibli’s visual contributions promote Ni no Kuni past its role-playing peers.Beyond the customary aesthetics of plump, cheery-looking protagonists and slightly angular antagonists, the game is filled with lush flora-filled environments, quaint towns, and fantastical enemy design. Although the distinction between cutscene and in-game model is perceptible, Ni no Kuni reduces most of the rift, allowing gamers to become immersed in the game’s plotline. The title’s most impressive feat might be its overworld map, which exhibits a detailed, expansive draw distance, with nary a fluctuation in framerate. 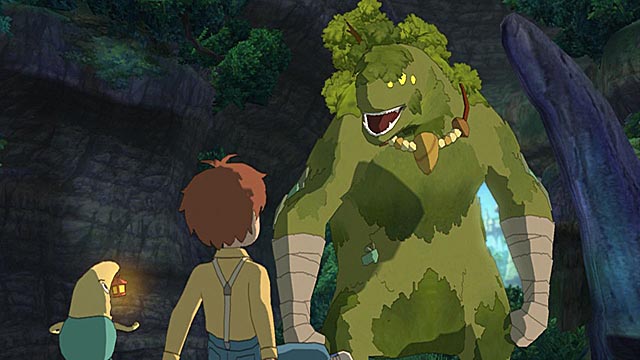 Following contemporary custom, the game offers the option of either Japanese or English voiceover. While purists almost always prefer the native tongue for JRPGs, here the decision isn’t as clear-cut. In essence, Ni no Kuni’s localization is what gamers have long demanded for– subtitles and voice acting that respects the original writing, yet is still lively and absorbing in translation. Longtime Studio Ghibli composer Joe Hisaishi’s contributions (as performed by the Tokyo Philharmonic Orchestra) are all emotionally stirring, providing an enriching accompaniment to the opulent on-screen visuals.

While the last two generations of consoles produced a collection landmark role-playing titles, the era has yielded few obligatory entries. In many ways, Ni no Kuni: Wrath of the White Witch evokes a period when turn-based battles made hearts palpitate and earnest narrative was capable of causing heartache. It’s a reminder of the power of the genre, the possibility of future collaborations, and worthy of a  half-decade development cycle. 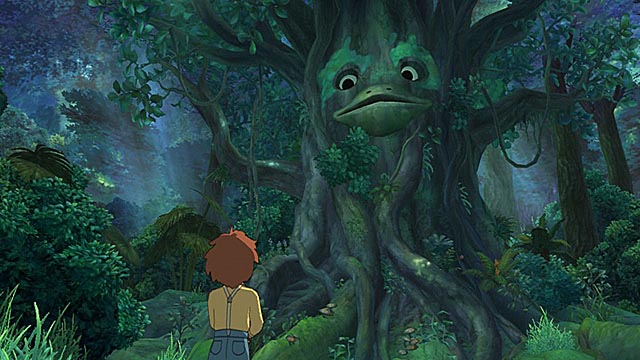