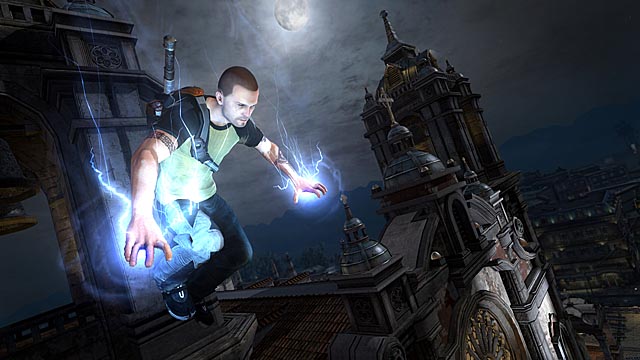 Arguably, one of the most inopportune periods to release a game is during the midst of the Electronic Entertainment Expo. With PR reps, reviews, and gamers across the globe focusing on the virtues of forthcoming titles, the games currently filling store shelves are bound to be neglected. Defying conventional wisdom, publishers are releasing a number of big name titles this week- from Infamous 2, Operation Flashpoint: Red River, and Red Faction: Armageddon. Hopefully, any commendable games are able to garner attention during the din of the convention.

SeanNOLA’s Pick: InFamous was a great game, but it never grabbed me the way I thought it should. However, now that my home-sweet-home is being heavily referenced in InFamous 2, I can’t help but get a little excited to see how Cole handles his liquor in the Quarter!

Samurage’s Pick: As I’m already in California I won’t be picking up any titles at all until I get back after E3.  But of the releases this week, I’d have to go with World of Battles: Morningstar.  I always like to try new RTS games, and the folks at Frogwares are releasing all kinds of bonus goodness, like a bonus XP weekend for tomorrow and Sunday.  Free gifts and extra XP definitely give the title a step up above the competition for me this week.