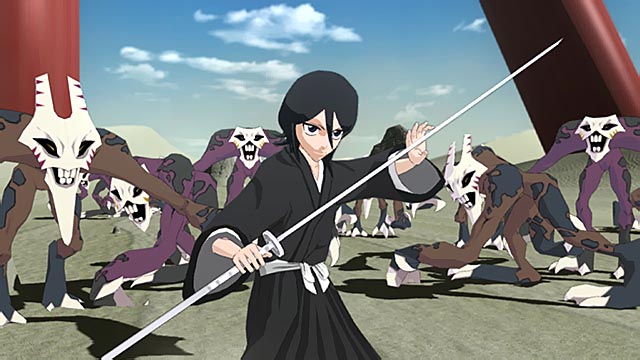 Sure, Splash Damage missed their projected date of ‘early July’ for the release of Agents of Change, Brink‘s first downloadable content package. Although the developer is a bit late on delivery, they are still holding true on their free promise, allowing the content to be obtained without cost until August 16th. While the original game didn’t completely floor us, the one-two combo of a reduced price and new environments might send us back to the ark.

DesertEagle’s Pick: To the casual observer, Bleach: Soul Resurrección looks like a cookie-cutter Dynasty Warriors clone. Yet, get some stick-time with the game and you’ll find that the speed of combat and weapon variety make for a solid Hollow-hunting recreation of the manga/anime/films.

BlueSwim’s Pick: When I first saw the trailer Insanely Twisted Shadow Planet during E3 week, it failed to impress me. I thought it would end up being forgettable, dull, and boring. At the urging of some fine folks from Twitter, I gave it a second look. While something is lost in just watching gameplay videos, I think I can see the potential magic of the game. I’m looking forward to going hands-on with it.

Samurage’s Pick: I guess if I were to pick something up this week, it would be Insanely Twisted Shadow Planet. I’m a bit leery about the controls; using a 360 controller to maneuver a UFO seems like it could be dicey, but graphically, it looks to be a game right up my alley.  Of course, I may be too preoccupied with Catherine to do much else this week.