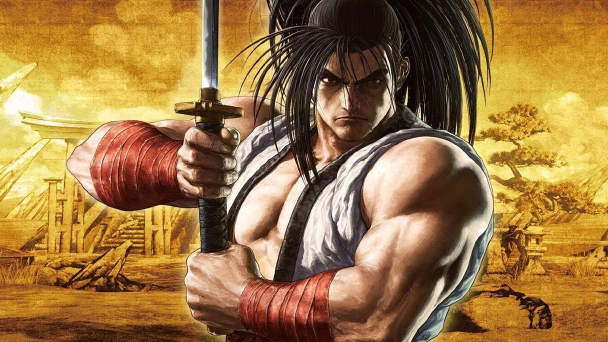 This week hop on your horse to revisit Konami’s arcade classic, Sunset Riders, or the third main entry in the Desperados series. For those with no interest in the Wild West, the PC releases of Samurai Shodown (the reboot) and Samurai Shodown NeoGeo Collection can transport you back even further in faux-history.

Robert’s Pick: At the risk of public humiliation, I’ll admit having an interest in Let’s Create! Pottery VR when the title first appeared on Steam last year. While most of my art classes focused on cinema, I managed to get my hands dirty a few times and absolutely loved the process of using a potter’s wheel and kiln. Sure, the result was unsightly, but I had a great time creating my monstrosities, and more importantly, developed an appreciation for ceramics. Maybe VR will give me the helping hand I need.

If these hands aren’t cut out for modeling digital clay, then they unquestionably were made for virtual-sword fighting. As someone who’s loved SamSho since first seeing it in 1993, I’ve stuck with the series through good times (Samurai Shodown 2) and bad (Samurai Shodown Sen). As such, this week’s free release of the Samurai Shodown NeoGeo Collection on the Epic Game Store is a no-brainer. Yes, I dislike Fortnight-mania nearly as much as Matt S., and the storefront still needs things like user scores. But overlooking this collection is a crime for any serious fighting game enthusiast or devotee of arcade history. Haohmaru is like Robert Smith (of The Cure) mixed with Tomisaburo Wakayama (Lone Wolf and Cub), so how could I not love this game? 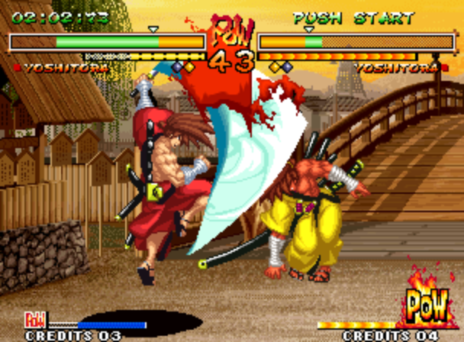 Ryan’s Pick: Samurai Shodown NeoGeo Collection is the clear winner this week. The first time I played Samurai Shodown II was in the arcades and the animation in this series was a bit more cartoony compared to SF2, which was what immediately got my attention. This, and I had that cool blood effect from Japanese samurai movies where it would spray out of the defeated foe. I remember playing as Edward Scissorhands-esque Genan Shiranui which was considerably shorter than the rest of the characters. He always seemed to throw opposing players for a loop when I started crawling around extremely close to the ground with him.

Another part of this series I liked in general is that in order to make it different from other fighting games, there are some interesting moves that you can perform that allow you to roll, lie flat on the ground, and even do a well-timed sword catch to counter your opponent. In general the battles always seemed a bit more exciting than street fighter for me as you could always tell when players were engaged in a Sword Clash, which forced them to begin to pound on the arcade buttons in order to force the other opponent to lose their weapon. That and randomly a Postman would throw powerups as he ran by, which would really shake things up (Samurai Shodown II). In general, it was very fun and battles felt a bit more erratic compared to Street Fighter 2 which made it easier to just jump in and do okay by button mashing. So, call it nostalgia, but this is a very fun fighter that should be in your collection. 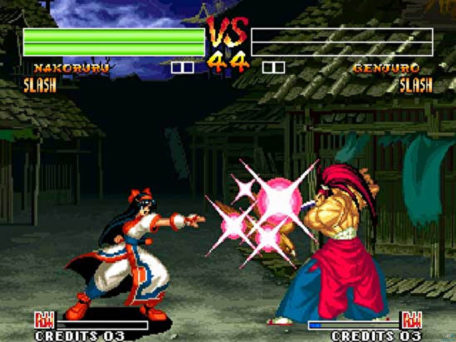 Matt S’ Pick (Editor, DigitallyDownloaded): As I write this, this is still just a rumour, but the big rumour is that on June 13 Persona 4 Golden will be released on PC. Naturally, if that should happen, then Persona 4 Golden is the game that every person on the planet should buy and consume with utter delight. It’s not just that the game stars Risette – the most perfect waifu in the history of waifus (after Hatsune Miku, naturally). It’s also genuinely smart, with lots of philosophy stuff to muse over and, I say this with all sincerity, that side of things is so much deeper than what we got from Persona 5. It is, in fact, the reason that Persona 4 remains the superior game, even if Persona 5 is more attractive (aside from the artwork featuring Risette).

In the event that the rumour doesn’t prove true, I guess I should pick something that’s absolutely 100% confirmed to release this week. I’m going with Warborn. Warborn is one of those weird indie games that PQube likes to pick up and publish, seemingly on a whim. It doesn’t look like much, but when you start playing it, you’ll realise quickly where PQube saw the appeal. The game is Advance Wars with Gundam robots and a hex-based map rather than the squares of an Advance Wars. It’s a charming, funny little game with its narrative, but when the action gets going, there’s an intensity there that’s both subtle, and extremely strategic. This is one of those games that is too easy to overlook, but you absolutely should not overlook it. It’s good. 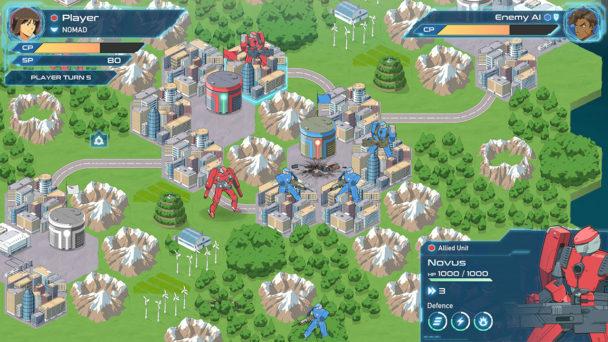 Matt C’s Pick (editor, Shindig): Samurai Shodown V has a special place in my heart as the first fighting game I tried to actually learn to play, rather than just mindlessly pressing buttons. I would never claim to be good at it, even now, but it’s the game that really showed me what fighting games can be and what they can offer, if you put in the time that they demand.

So, naturally, Samurai Shodown NeoGeo Collection is my pick this week. It’s got every Samurai Shodown from the NeoGeo era, including the elusive Samurai Shodown V Perfect, a revised version of SamSho V that was made without the endorsement of Playmore, shut down within hours of starting its first location test, and thought to be lost to the mists of time. Luckily, modern SNK seems to look on it much more favourably than Playmore did and managed to dig up a working ROM to include in the latest collection.

That fascinating history will no doubt be included in the collection’s extensive museum, which includes over 2,000 items of Samurai Shodown history: concept art, music, developer interviews, behind-the-scenes footage, tournament matches, and the like. As nice as it is to have modern features like online play, the best thing about these sorts of anthologies is their role in preserving video game history. In that regard, SNK and Digital Eclipse have gone above and beyond with Samurai Shodown NeoGeo Collection. 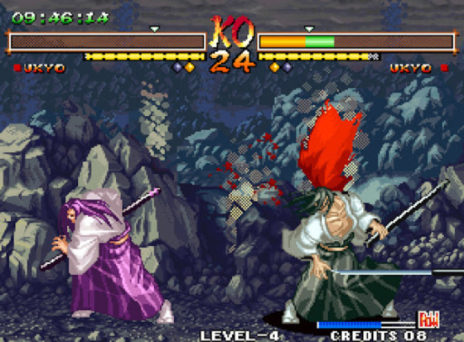 Ginny’s Pick: *slams fists down on desk* DISINTEGRATION. MECH BODIES. SUITS. ROBOTS. OUTLAWS. DID I SAY, MECH BODIES? If you’re someone with a soft spot for robots, shooting, and…. squad-style gameplay then you might find that this FPS hybrid is right up your alley.

There’s a single-player campaign as well as PvP, but where this looks like it’ll be a real draw is how it purports to blend shooting with strategy mechanics. To do so and maintain the frenetic pace displayed in gameplay trailers is an impressive feat. I’m especially interested to see how this plays out in multiplayer when the stakes are higher and there’s an element of unpredictability thrown into the chaos.

Also, the Gravcycle is just cool. This game has Halo pedigree (the latter’s co-founder worked on this) though that doesn’t appear immediately identifiable which is a good sign, considering the unique approach to combat that’s been innovated here; Disintegration looks memorable in its own unique way, and stylish to boot. I think this will stick out for those wanting to pick something a little off the beaten track this week. 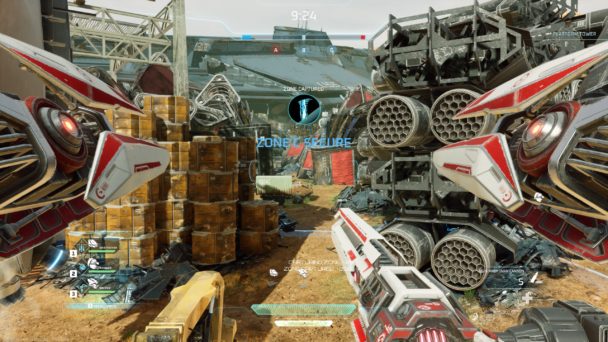