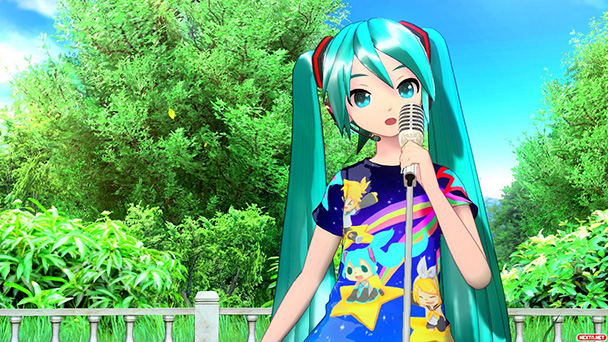 Beyond the Switch-based debut of Crypton Future Media superstar in Hatsune Miku: Project DIVA Mega Mix, this week brings a number of notable new titles. Dungeons of the Endless blends several familiar genres into a creative new action driven effort while Shmup Collection bundles a trio of shooters together. The appearance of The Wonderful 101: Remastered reinvigorates Platinum Game’s critically successful for commercially challenged game onto a trio of new platforms.

Robert’s Pick: Part of me longs to be a provocateur this week, snubbing the teal-haired temptresses for a trio of Switch STGs, just to get a reaction from Matt. But alas, I’ve been quite addicted to Hatsune Miku: Project DIVA Mega Mix, finding myself in the that familiar place where I’m tapping away just to unlock Snow Miku 2014 (the witchy one) or Miku in her yukata sporting odango (the ultimate one). Honestly, I’m pretty mediocre at rhythm games, but the lure of unlocking modules provides more than enough motivation to embarrass myself at “2D Dream Fever” Fortunately, there’s a no fail mode if you don’t have the reflexes of a demigod because those notes can really scream across your Switch screen.

Growing up on shooters, I also have to give a nod to Armed 7 DX, Satazius NEXT, and Wolflame, which are also available as a package in The Shmup Collection. The Switch has some great STGs on it already, but these three titles help solidify the hardware as the projectile-dodging portable of choice. Now, we just need a CAVE collection, so I can play Deathsmiles on the go. That would be heavenly. 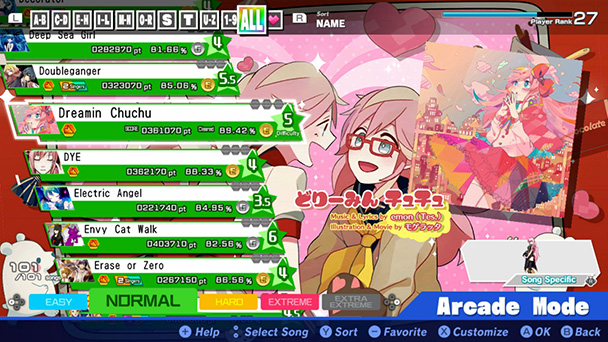 Matt C’s Pick (editor, Shindig): The original release of The Wonderful 101 passed me by, so I’m looking forward to finally playing it with The Wonderful 101: Remastered. I do always enjoy what PlatinumGames puts out, and the idea of an action game where you control a horde of heroes that can combine into different forms is intriguing, to say the least. The original game made use of the Wii U’s unique dual-screen setup (the TV and the GamePad touchscreen) for its multiplayer, so it’ll be interesting to see how the remaster handles that. If nothing else, this’ll be a bit of fun to tide us over until we get more details about Bayonetta 3, which can’t be too far away, right…?

Also, as much as I’ve enjoyed talking up a game that Matt S hates during Miku Week, I’m certainly excited about Hatsune Miku: Project DIVA Mega Mix, too. Nintendo Switch has been making itself a haven for rhythm games, but it could never truly get there until everyone’s favourite vocaloid (Megurine Luka) took the stage. 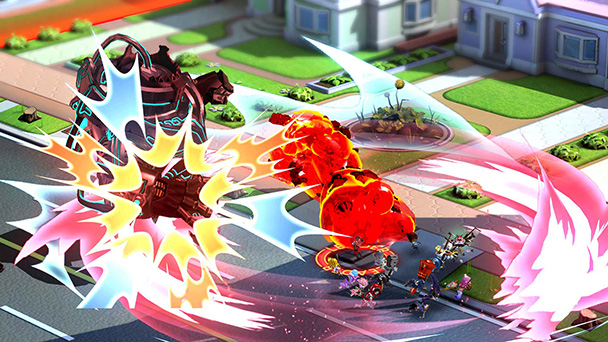 Shall I compare thee to a summer’s day?
Thou art more lovely and more temperate.
Rough winds do shake the darling buds of May,
And summer’s lease hath all too short a date.
Sometime too hot the eye of heaven shines,
And often is his gold complexion dimmed;
And every fair from fair sometime declines,
By chance, or nature’s changing course, untrimmed;
But thy eternal summer shall not fade,
Nor lose possession of that fair thou ow’st,
Nor shall death brag thou wand’rest in his shade,
When in eternal lines to Time thou grow’st.
So long as men can breathe, or eyes can see,
So long lives this, and this gives life to thee.

I mean. Hatsune Miku. None of you quite understand just how much I love Miku. It’s reciprocal! I used Miku Switch’s T-shirt editor to make Miku a “Miku <3s Matt” t-shirt and now she wears it all the time. You should play Miku too. It’s the only thing that will make sense in this crazy world that we all now live. 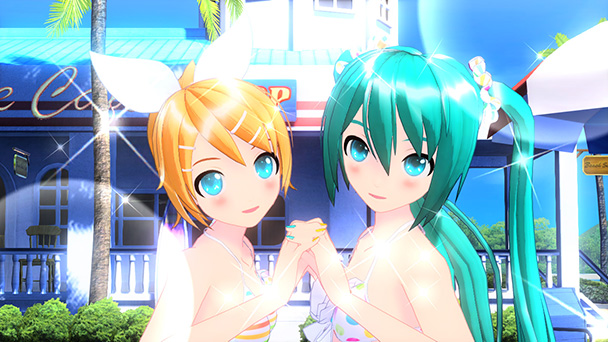 Ginny’s Pick: Hatsune Miku: Project DIVA Mega Mix is probably the pick that everyone else is going with and that’s fair enough. I love rhythm games and now that I’ve run my way through all the Persona: Dancing games, I need something else to twiddle my thumbs (fingers?) over and I’ve always been a fan of vocaloid music.

That being said, I’d be absolutely remiss in not mentioning Dungeon of the Endless. This is part of the same universe as Endless Legend and Endless Space, and it’s a rogue-like procgen tower defence game. Yes. Rogue-like, procgen, tower defence game.

Your job is to make your way out of a dungeon facility (hence the name) using alien space tech and know-how. You have to manage various resources that are familiar to those who play the Endless Legends 4X game and to survive various floors of beings out for your blood (and the crystal that you’re carrying).

Build traps, turrets, desperately slash your way through your foes, and more. You get a chance to rethink and reset your build with each new area of the dungeon that you explore, ensuring that you’re kept on your toes.

It’s a great game with a ton of replayability in the form of characters to unlock (all with their own microstories) and modifiers to make your experience more or less challenging. Now, give me an Endless Legend port and we’ll be all set! 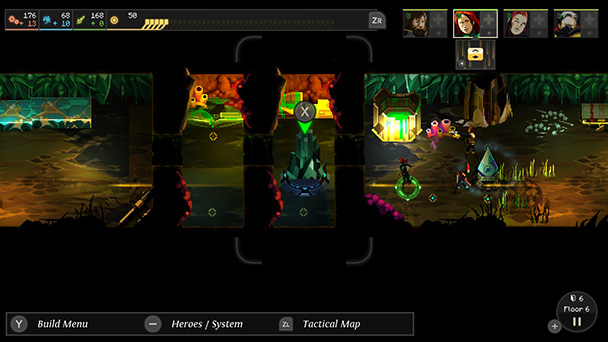 Ryan’s Pick: Let the arpeggiated phonemes ring! The first sound of the future and her gaggle of digital chums return on Switch this week in Hatsune Miku: Project DIVA Mega Mix. These games are always a blast and I definitely must give a lot of respect to those that perform the track selection. The music variation as well as the themes in them is always across the board which makes for a really great experience if you are even remotely into JPop. This, and the dancing is usually really well done with guaranteed thousands of hours of inverse kinematic animation tweakings to get that perfect idol wave.

Crypton Future Media and Yamaha really created something special with Hatsune Miku, and I am curious to see how the software and characters will continue to evolve musically from their current 4th version. Crypton announced late last year that they will be transitioning away from Yamaha’s Vocaloid software to their own proprietary program and network, currently called Piapro. I dare not bore you with more musical production industry talk, but I really find the creative portion surrounding Hatsune Miku and other Piapro characters extremely interesting.

The Bemani era of arcade games was a really interesting era, and while it never fully bloomed in the West as much as it did in Japan, rhythm games really made that a special time for gamers. I think that Hatsune Miku’s games will continue to keep that subgenre alive with her likeness as well as the fantastic tracks that these games license. 100 tracks will certainly keep me busy, and creatively cursing with some of those technical sections that suddenly move off the rhythm and make you tap to Miku rapping. The t-shirt editor sounds pretty cool, but I get the feeling they won’t allow you to fully customize it with your own hallucinations. Miku wearing a Photon shirt would be the next level. Does anyone remember the TV show Photon? I gotta go. 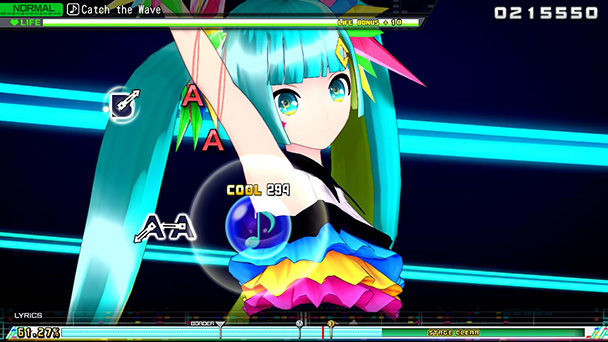 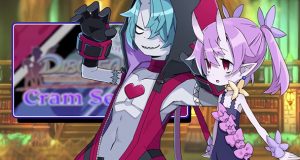 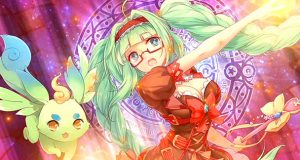