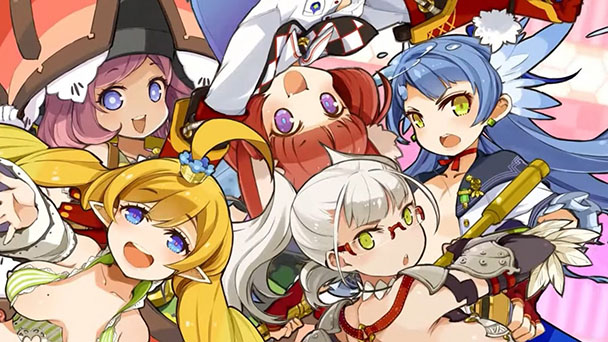 This week, Seven Pirates H (pictured) and Gibbon: Beyond the Trees bounce and swing onto Switch, Evil Dead: The Game haunts PlayStation and Xbox, and the Shotgun King: The Final Checkmate blast its way on PC. Here’s the full list of what’s arriving this week:

Rob’s Pick: Fan service enthusiasts will want to scope out Seven Pirates H this week. Within ten minutes of booting the game up, I was dropped into a “Booby Training” mini-game, adjusting size, firmness, and cleavage for stat boosts. As such, delving into the game on public transportation has been its own meta-game, as I try to ensure my screen isn’t reflected on a train window. It’s only a matter of time before I show up in an embarrassing social media post at this point.

Save for the playfulness, Seven Pirates H is a pretty traditional RPG. Like previous Genkai Tokki titles, there’s plenty of cute monster girls as well as a recurring perverted mascot, Otton. So, whether you like kobolds, dragons, skeletons, or the underwear-obsessed comic relief, the turn-based battles will likely entertain even if they don’t push the genre forward. 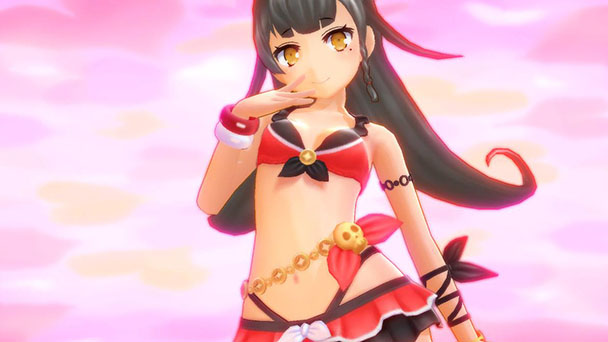 Ryan’s Pick: Evil Dead references have a long history in games, with one of the first coming to mind being the PC FPS game Blood. I was a bit surprised when I heard that the series was coming to current-gen as Evil Dead: The Game, but I’m glad they decided to make it, as it looks great. While there certainly isn’t a shortage of AAA zombie related games as of late such as Back 4 Blood or Dying Light 2, it is pretty enticing to be able to play as Ash or some of the other popular characters from this cult zombie series. A lot of my favorites are in the playable roster, so I think that’s reason enough to give it a try.

The one thing that stood out about this game is the fact that it’s over the shoulder and it appears to play pretty fast. I think this may help to bring a bit more horror and suspense to the gameplay, such as in Resident Evil 4 due to the perspective. While there are projectiles you can shoot at deadites, there seems to be an equal emphasis on close-quarter melee, which looks pretty gruesome yet fun. Bruce Campbell’s narration also makes for a nice feature, and I definitely hope that it helps enhance the Evil Dead feel of the game. Here’s hoping they somehow bring back the laughing deer above the mantelpiece as well! 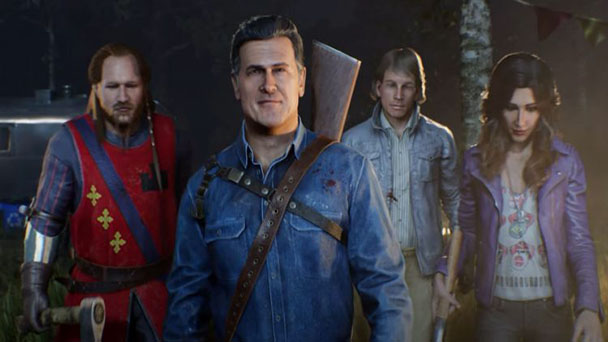 Matt S’ pick (Editor, DigitallyDownloaded): I do like me a good game of Cluedo. The sense of mystery, the detective process, the shattering realisation that it is ALWAYS Colonel Mustard that has done in. The Centennial Case: A Shijima Story looks like it’s going to scratch that itch for me. It’s a FMV game, yes, but it’s also a mystery detective story, so hopefully it can hit me with some red herrings, keep me guessing, and then give me a smug sense of satisfaction if I get it right.

Then there’s Evil Dead: The Game. I just have to with this one. I love Evil Dead so much I even struggle through the horrible PlayStation 1 game every so often, so if this one can deliver something playable, on any level, I’ll probably have a laugh and a good time with it.

And then there’s Seven Pirates H. For me, the more outrageous the fan service, the more entertaining the game with these things, and Seven Pirates H is outrageous. Just wait for the moment where you splatter your girl of choice with “egg” thanks to a minigame where you need to twirl her boobs around, with the egg between them, to crack and break it. You think I’m joking? That’s actually in the game. Wildly trashy, brilliant entertainment. Egg whites that look like a certain other white liquid. Excellent. 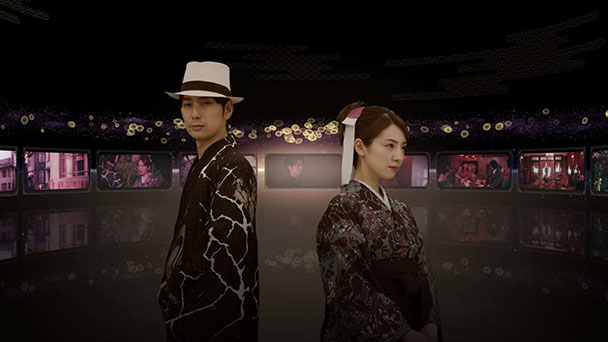 Matt R’s pick (editor, Shindig): That Gibbon: Beyond the Trees shadowdrop sure was a nice surprise. There are few things quite as refreshing as a good momentum-based platformer, and with its naturalistic touch—inspired by the acrobatic ways that real-life gibbons move—and gorgeous, picture-book art style, Gibbon hits just the right spot. A concise, thoughtful story mode that you can finish in an hour, and is all the more impactful for its brevity is a welcome move in a content-obsessed industry, but there’s also an endless, procedurally-generated mode for when you just want to get into the flow.And if you want to get something… else… flowing, there’s Seven Pirates H. One of the first things I did in that game was use its Booby Training feature to push every boob stat to its limit (thanks, pre-order bonuses), and let me tell you, Z-cups that are so perky and with cleavage so wide that they poke out of the chest like deer antlers are a sight to see. In true Genkai Tokki fashion, it’s fanservice at its most comically ludicrous. There’s a decent JRPG behind all that, but it’s the utter lewd silliness of it all that sets Seven Pirates H apart.