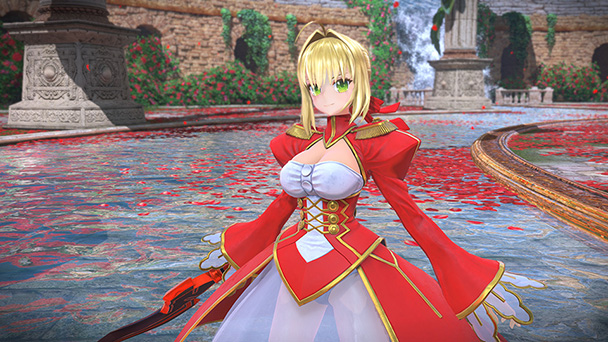 With releases like Fate/EXTELLA LINK, One Piece: World Seeker, Chocobo Mystery Dungeon: Every Buddy! and SNK 40th Anniversary Collection imminent, J-game fans have plenty to be excited about. If you prefer Western games, there’s no need to feel disappointed. Titles like Tom Clancy’s The Division 2 and Turok are due, offering enticing ways to scratch those itchy trigger fingers.

Robert’s Pick: 2017’s Fate/Extella: The Umbral Star wasn’t the best musou game I’ve ever played. But with playable servants such as Red Saber/Nero Claudius Caesar Augustus Germanicus, and Caster/Tamamo no Mae on hand I was able to overlook an obedience to convention. If nothing else, Area Supremacy Battle mode was quite intriguing, requiring players to both conquer regions but also to defend the zone from an ambitious rival. But most importantly, did you know the creators materialized Attila the Hun into a crop-top and cape wearing lovely? You already knew that and that’s why I love you.

This week, Fate/Extella Link adds ten new playable servants culled from the annals of history. Sure, I occasionally often get lost in the lore, but know that Kinoko Nasu (who was the scenario writer for the first game) is back and stepping into the role as supervising director seems like a good sign. Hopefully, the follow-up reduces the schism between long passages of exposition and gameplay that’s presented in brief phases.  Seeing a Vita release after Sony has just wiping their hands clean of the portable is kind of a cool thing, too. 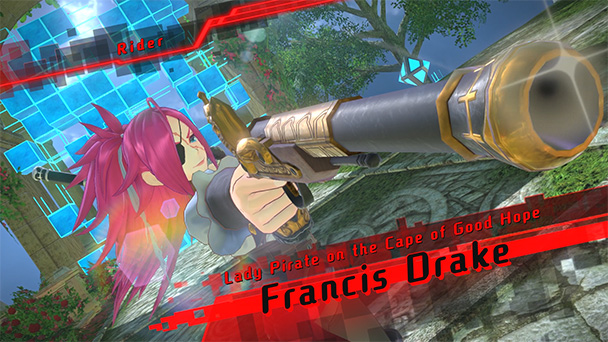 Matt’s Pick (Editor, DigitallyDownloaded): I had given up hope of ever seeing Chocobo Mystery Dungeon again. It has been a long time since the last one. The original release of this game (now with a new subtitle) was on the Nintendo Wii, and for all the great times that I had with that console, Chocobo Dungeon was the one I played the most. Over 300 hours, according to the time tracker on the Wii.

I don’t need much from this “HD Remaster”. I just need it to be the exact same game, with the exact same combination of tight, Final Fantasy-themed Mystery Dungeon gameplay, and the ever endearing and cute Chocobo doing his thing. Because for me, this game was as much about watching Chocobo enjoy a coffee at the local cafe, or go for a swim, as it was the dungeon delves. It was his little “kwehs” and mannerisms. It was a game of pure fan service – not in the swimsuits and sexy girls sense of the term, but in the sense that this was a game built by fans of all the aesthetics and heritage of Final Fantasy, for fans of those games. I’m so glad that the series that I didn’t think would happen again is just a few days away. 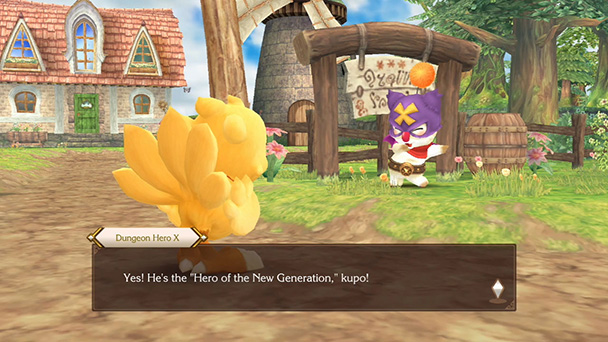 Ryan’s Pick: It is no secret that the New World portion of the Grand Line holds perils wherever one’s Log Pose may lead them. This week I’ll be making a stop on Jail Island for a light-hearted adventure with my favorite crew in One Piece: World Seeker. The reason I’m choosing this game this week is two-fold. First, without giving any spoilers as to the actual main story arc that is happening currently, let’s just say that I’m excited to see some familiar faces Mugiwara Shichimin and to hear their voices. Don’t get me wrong, Carrot is awesome. Garchu! Secondly, I kind of like the idea of being able to play as Luffy on a new island and be able to explore and cause havoc just like he would undoubtedly do.

From the trailer it appears that the new foe on Jail Island obviously involves the Marines, with the villain using an item that is infused with kairoseki, which is basically like kryptonite to Devil’s Fruit eaters. He also has a unique power a bit like Katakuri with his glasses, which should make for a pretty fun boss fight. I did hear that some other marine cameos are in the game with fan-favorite Tashigi and her boss Smoker. The character models appear to be largely improved from the previous One Piece musou game, and again the fact that you can freely roam the maps does make it pretty enticing. Granted I don’t think that the game may not have as much content or polish as say Spider-Man, but I feel like this is definitely still a title that any One Piece fan should give a shot. Until then, I’ll be playing my beloved One Piece Treasure Cruise on my phone. Global’s Treasure Map starts this Friday! 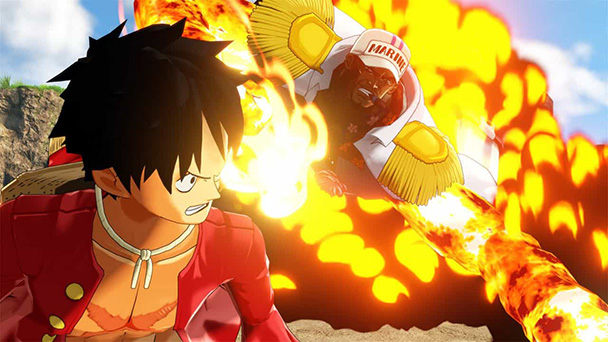