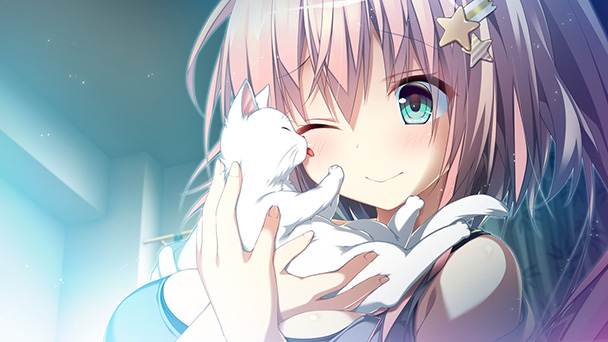 These week, Agent 47 offers a compendium of kills, Windjammers gets a sequel 28 years after the original game, while “Older Neptune” takes to the skies in an Afterburner-style shooter. For visual novel fans, the release of titles like Hello Lady! – Complete Edition, NinNinDays2, and Trinoline Genesis might be worth getting ‘steamed’ up over.

Rob’s Pick: COGEN: Sword of Rewind touts many of the qualities I love in a game, with gorgeous 2D art, absorbing action, and at least one distinct play mechanic. In this case, the latter is found in the ability to rewind time. Sure, this talent has been in everything from Blinx: The Time Sweeper to Life is Strange, but it feels especially suitable to a fast-paced action-platformer. There’s a demo on Steam if you want to give it a go before committing.

Previously, Matt R. has mentioned the wonderfully dark humor in the Hitman series. There’s nothing quite like masquerading as a photographer and setting up the electrocution of a family matriarch, all while preserving the moment for prosperity. In my opinion, there aren’t enough games with gallows humor, and very few that pull it off as impeccably as Hitman’s developers. If you’ve been sitting on the series sidelines, the release of great excuse to get out there and cause some mischievous bloodshed. 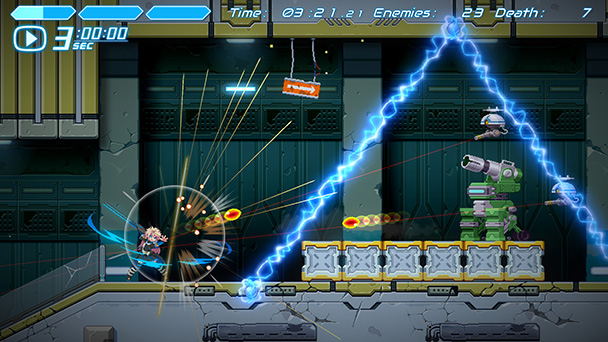 Matt S’ pick (Editor, DigitallyDownloaded): On the one hand I’m not big on rail shooters. On the other hand, I am big on Neptunia. So I think I’ll enjoy Dimension Tripper Neptune: TOP NEP on balance. I have felt that, as much as I love Neptune and the girls, the series and broader franchise has been struggling to find its way in recent years. While I’m sure that sisters one is going to be very much my thing, little experimental titles like this one are a good idea, to introduce some variety into the mix and show the versatility ot the cast mix. It’ll be silly fun and I’m here for it. I also love the pixel aesthetic they’ve used for this one.

In addition, I’m looking forward to Go Minimal. It’s cheap as chips, but it does seem like it’s a full and proper Go experience, with online play, ELO rankings, and all the rest. Go is a favourite board game of mine, much like how I enjoy Chess, Shogi, and Mahjong, but we don’t get many opportunities to enjoy a proper Go game, so I expect to get more than my money’s worth with this humble little thing. 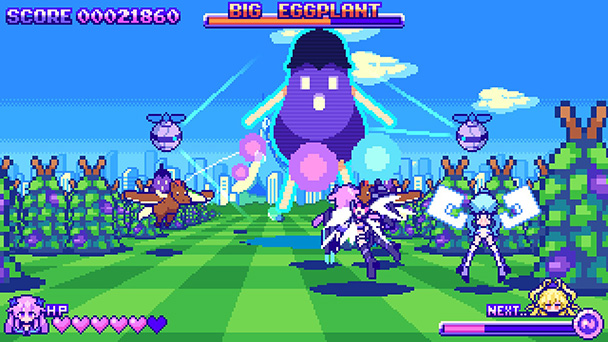 Ryan’s Pick: Grand Cross: ReNovation really sticks out for me this week in terms of visuals, so this flashy shmup shall be my pick. I really like all of the saturated colors, speed, and overall intensity of the game, and with the use of the Sun Blade as your main method of attack it sure looks like it will get my jaw even more tense than it already is. Publisher Henteko Doujin has also put out a hilarious free to play fighter game called Brief Karate Foolish which also is on Steam. Perhaps it will bring a brief moment of levity to your day.

An honorable mention goes to COGEN: Sword of Rewind for turning the nostalgic part of my brain on to recall how much I loved Strider for NES. Until you learned the precision wall jumps in that version of Strider you just didn’t have a good time in that game. But once you learned that, it was an awesome experience. I do like the mechanic of being able to reverse time and hope that the implementation of that mechanic is weaved in well with the game. I can see it being very fun or possibly torturous if you cannot quite fully undo that guaranteed eventual plummet into the lava. I do also like the fact that the game is voiced, so I feel like this could be a fun alternative if you don’t see yourself in bullet hades anytime soon. 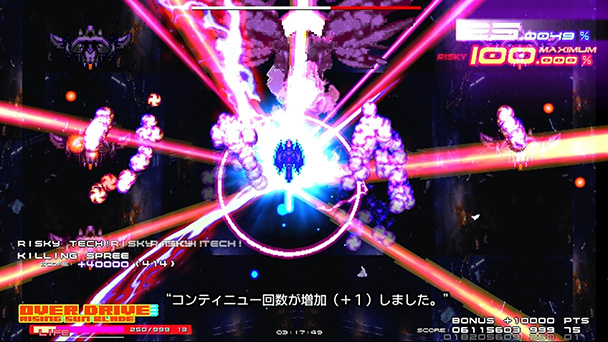 Matt R’s pick (editor, Shindig): It’s easy to assume that RPGolf Legends is going to be some sort of Golf Story knock-off. It certainly has a similar look to it, and “golfing RPG” is a niche within a niche that Sidebar Games’ delightful little adventure has well covered. But despite the theme, RPGolf Legends is a different sort of beast: an action RPG in the vein of The Legend of Zelda, where you fight monsters using your golf clubs, help the spirit of a golf club to open up a series of magically-sealed courses, and even play a round of golf every now and then.

It’s an odd mix that works surprisingly well. It doesn’t exactly push the boundaries of either genre, with simple combat, straightforward quests, and the always-reliable three-click approach to a 2D golf game, but mixing these pieces together creates some eclectic fun—especially when battles start interrupting your golf tournaments.

I’ve also got to mention Pixel Game Maker Series Thunder Strike. Games made with “Maker” software used to be seen as a hobbyist novelty with little opportunity for commercial release, but RPG Maker creators have spent a long time changing that landscape (even if you still don’t see many on consoles, I assume due to technical hurdles of porting), and the indie space is better for it. It’s nice to see the brand-backed push that the Pixel Game Maker Series is giving to Maker games on Switch, and another shmup to play on the go is always welcome, too. 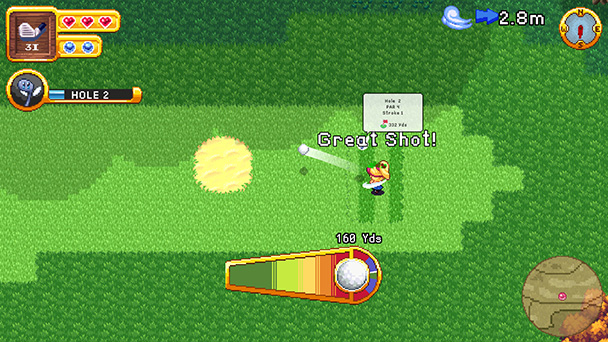