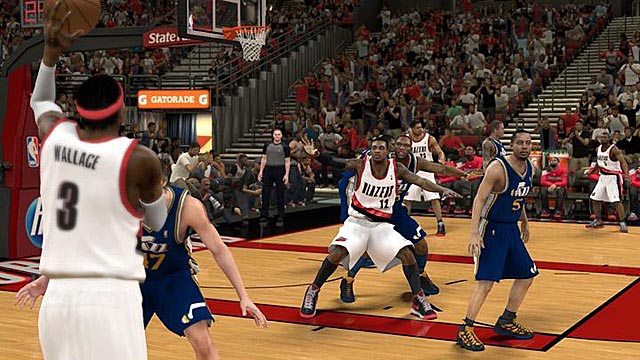 For gamers, there is a redemptive sliver of hope amidst a deadlocked NBA season. Typically, the simultaneous release of a new sports title alongside the commencement of a season can present a struggle for leisure time. Yet with the cancellation of at least two weeks from professional basketball’s schedule, NBA 2K12 purchasers might want to use the opportunity to sharpen their ‘A’ game. Likely, they’re going to need it- building on 2K11’s formidable AI, this year’s iteration forces participants to play basketball in a realistic, tactical, and methodical manner.

Dishing off to the open man and then turboing your way through the paint may put the points up in most hoops sims, but it’s a near-certain recipe for losing possession in 2K12. Fortunately, nine on-court fundamentals can be gleaned within the game’s Training Camp. Here, players receive some hands-on tutelage in a variety of rudiments, ranging from defending against agile ballhandlers to nailing a stepback jumper. Even with some practice, 2K12’s opponents are no pushovers, requiring precise mastery of the pick and roll and a dutiful eye on the open man if players are to remain competitive. While the AI no longer intercepts passes with superhuman skill, the CPU is realistically relentless, applying a persistent pressure to players. Fortunately, the post game has been bolstered with a multiplicity of options, offering players the chance to crack even the mightiest defense. The level of control for athletes is astounding, allowing seasoned players to initiate a hand switch in an effort to hit that off-balance layup. 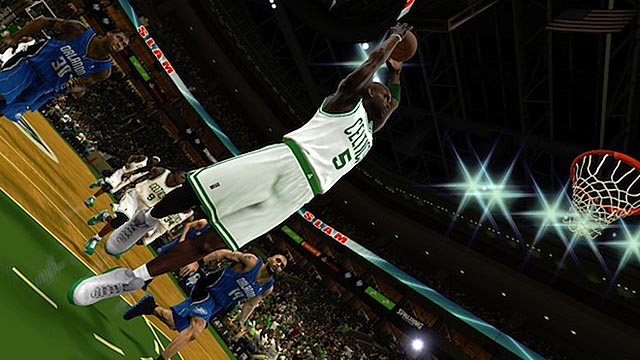 Following in the footsteps of other recent sports titles, NBA 2K12’s physics engine was been overhauled, result in more lifelike player collisions and a convincing momentum system. As such, the movement of athletes feels more like controlling a muscular 6’11” center instead of directing an avatar who is sliding around the maple flooring. Realistically, the speed of your players dictates both probability of a bucket, but also the arsenal of available shots. As such, games flow at a convincing pace- with players having a bit of control over the tempo of each match.

Likewise, 2K12’s game modes have underwent several evolutionary changes. The popular My Player component now simplifies and quickens the draft process, excising the tedious drills and draft combine scrimmages. Now budding all-stars play in a single all-rookie exhibition game, where a player’s performance determines their starting stats. With a bevy of scouts and GMs on hand, it’s likely that an athlete will be approached by a few teams, giving the opportunity to develop a player’s personality. In execution, determining a player’s aptitudes and disposition isn’t far from the mechanics of a role-playing game. Like the genre, it’s difficult not to develop an affinity for the character, since you’re nurtured every step of the journey. Similarly, the title’s Create a Legend mode allow players to control the trajectory of a contemporary NBA star, challenging players to secure a spot in the Naismith Hall. 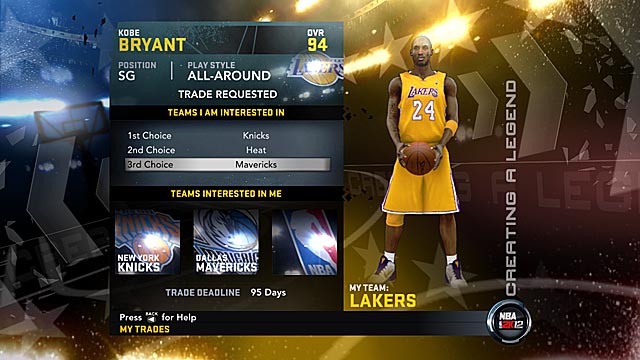 Last year’s tribute to Michael Jordan has been expanded to NBA’s Greatest, which now delivers a collection of 15 historical players as well as 36 classic teams. Whereas 2K11 focused on His Airness’ individual targets, now the goals are collaborative, forcing players to maximize the strengths of the teams. While a good selection of basketball’s greats made the cuts, there are a few notable omissions ranging from Charles Barkley to Reggie Miller. Regretfully, 2K prohibits players from taking these authoritative squads online without an additional purchase.

While a general sense of polish permeates through the title, 2K12 isn’t without its faults. Trade AI in the game’s Association (formally franchise) and My Player modes is terribly erratic, continually attempting to court off-limits luminaries or instigating irrational trades. While online play appears to be improving from launch week overloads, matches are often sullied by debilitating lag or the sporadic disconnect. Strangely, bounce passes are absent from the title, which would have been a great way to show off 2K12’s improved ball physics. Lastly, for a sports title that obliges participants to play real basketball, there’s a discerning lack of tactical tutorials. Thankfully, 2K has a history of diligent patching, increasing the likelihood that some of these imperfections will be excised; likely, we’ll have to wait for strategy seminars. 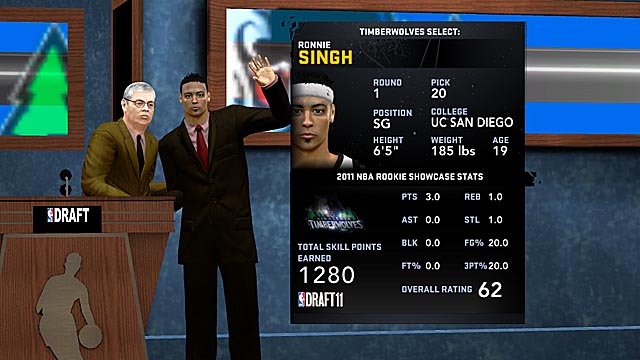 Graphically , NBA 2K12 is nothing short of a powerhouse. From vibrant team introductions which recall the spectacle of a contemporary broadcast to a commitment to capturing player likenesses (albeit with the sporadic athlete who likes like he was rendered by an intern) and apparel, the title shines. One striking visual element is the recreation of different technological eras through the NBA’s Greatest mode, which imitates the grainy black and white deliver of an 60’s era game, or the muted hues of a broadcast during the Reagan years. Steve Kerr joins Kevin Harlan and Clark Kellogg in the announcer’s booth, exhibiting one the most realistic sport game commentaries ever heard. With the occasional stammer, irrelevant comment, and ability to interrupt when a critical play suddenly develops, 2K12’s voice-overs are the new benchmark in sports gaming.

With each successive console generation, sports titles have offered increasingly elaborate control scheme in an attempt to capture the skill-set of a professional athlete. Presently, NBA 2K12 stands proudly at the apex of complexity, delivering an input method which rivals the sophistication of a jet simulator. Like a rigid recreation of air combat, enjoyment is dependent upon the time invested in learning the title’s nuances. Players willing to absorb 2K12’s button modifiers and analog shooting system (which feels slightly different for each player) will be rewarded with a basketball title which won’t grow stale after a single season. Undeniably, 2K12’s dividends are profuse, providing one of the best sports sims around to players who aren’t to commit. 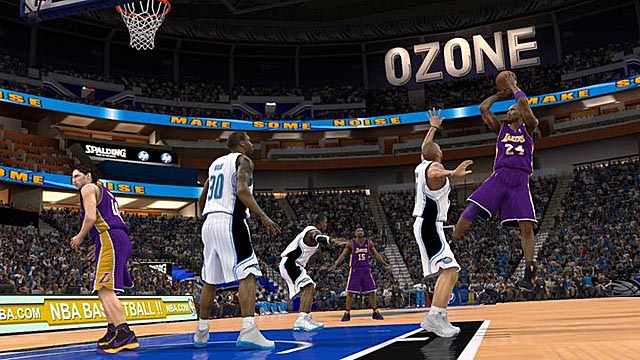 Previous: New Releases for the Week of October 16th, 2011
Next: Guardian Heroes Review