Advanced Crafting During My Time at Portia 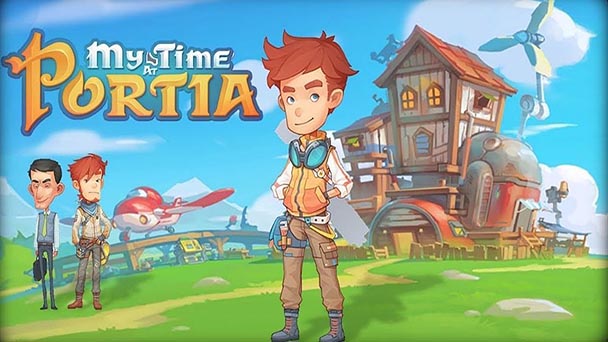 When assessing the countless hours I’ve spend cultivating crops in Harvest Moon, Rune Factory, and Stardew Valley, an infinitesimal amount of regret can emerge. After all, had I applied the time toward a real-world task, I’d probably could have minored in horticulture, or at the very least, nurtured a garden substantial enough to feed a family of hamsters.

But after deliberation, digital farming seems like the wiser choice. It might not have produced any tangibles, but it has generated a lot of tranquil gratification, and saved me the embarrassment of being seen in dirt-covered overalls. With the Early Access Steam release of My Time at Portia, I’ve found myself lured back into the digital fields, with a title that builds of the proven blueprint of the aforementioned titles. 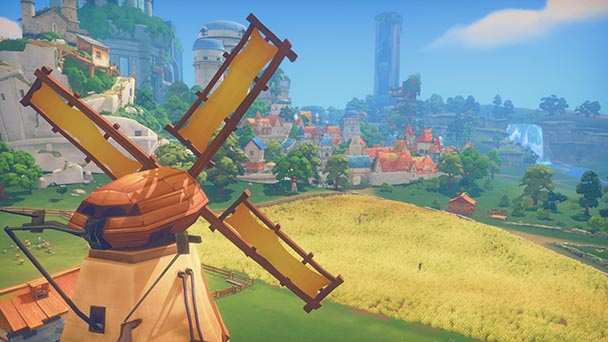 After downloading the 1.2 gigabyte game, players are ushered toward a player-creation suite, where they can fashion their own apprentice agriculturist. Currently, there are selections for gender, skin, hair, and eye color, and option to tweak the features of your avatar’s face. Just don’t expect the breadth of something like Black Desert Online. Even with a healthy amount of fiddling, your character is destined to have the cartoonish appearance of one of the old Xbox Live Avatars.

After a short cutscene which shows your characters arriving to the town of Portia by ship, and a screen that expresses the hopeful expectations of your ancestor (this time it’s your Pa bequeathing the ramshackle property), it’s time to get to work on your first assignment: creating a hatchet and a pick-axe. Undoubtedly, the task will send you exploring the area around your humble abode, where you’ll be able to collect piles of wood and stone scrap, seize shrubbery, as well as kick trees and seize any fallen items. 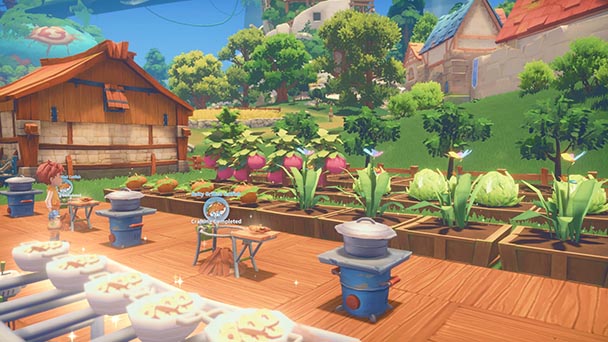 You’ll learn that Portia is a sprawling township, with a metropolitan hub in the center that hosts shops, cafes, mines, and political offices on a peak. Save for the occasional bit of pop-in in the current build, it’s also a visual delight, evoking a storybook-like quality, as you travel across flora-filled plains, stone-lined walkways and through the arching entrance to the heart of the city. While there’s a zoomable map at the ready, with a distinct topography and a reaching field of view, you’ll quickly learn to navigate Portia without assistance.

Likewise, you’ll learn the nuances of My Time at Portia day/night cycle. Like similar simulations, your day starts early, and with a bit of planning you’ll be able to make the most of it. You’ll learn not to head directly into town for business, at most places enterprises won’t open until eight or even nine. You’ll probably also discover the limits of your workday. At three in the morning, your character will fall asleep in the middle of any action, like a weary undergrad trying to pull an all-night cram session.

Later, time management becomes imperative when you’re invited into Portia’s mine. Since, quarrying carries a per diem fee, you’ll want to make sure you start early and clean out your inventory the night before. Mining, is the one of the easiest methods to gather some of the more exotic raw materials, that you’ll use to craft basic building blocks like bricks, pipes and plates. Soon, your character will combine a multitude of these items together creating things like a workstation, a bridge, and even a car. And this is in addition to the tasks requested by people, like the fisherman who needs a new pole.

While autonomy can be refreshing, too much of a laissez faire approach can sink player motivation. Smartly, My Time at Portia always supplies an extended list of assignments. Beyond fixing up your own residence and the pursuit of material wealth, you’ll vie for commissions with other draftsmen, creating a sense of competition. And it’s the onslaught of endeavors that fuels Portia’s expedition, with little details like a gift drop announced via mailed letters, or the ability to attend town hall meetings. 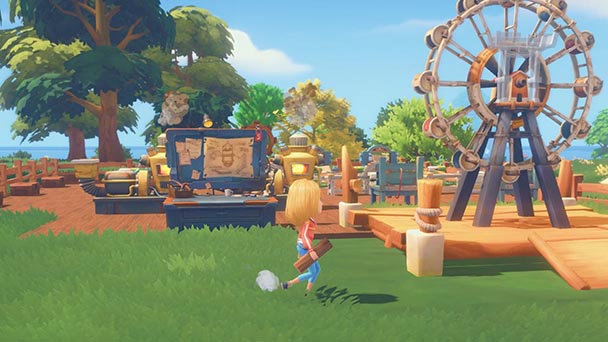 While the game clearly shows the foundations for an enjoyable excursion, a number of minor problems are evident in the current built. Occasionally, the control scheme isn’t responsive as it should be. When seeing an icon inviting you to pick up wood or stone, your character might not obey. Even worse are the encounters with Portia’s fauna. Although you can hunt the roaming animals for items, you’ll be locked into protracted animation routines while spoils the sense of fluidity. While the game’s weather conditions are commendable, with lightning flashes that foreshadow thunder, other aesthetic details aren’t nearly as polished. For one the game’s current voice acting sounds woefully amateurish. Hopefully, the final build offers a bit more automation, as in its current state, building complex objects can feel a bit grindy since material needs can be a bit outlandish.

But most of these transgressions are smaller details. Astutely, many of Portia’s basics are either in place or are signaled by the development team. As such, My Time at Portia is compelling in its current built, prompting protracted play sessions as you work on projects. In time, I’d expect the game to improve even more, while adding elements like romanceable NPCs, and more balance to ensure projects don’t feel too burdensome. If you’re eager for the experience, the Early Release version is recommended. But those with patience might want to wait for the retail build, as My Time at Portia is shaping up to be something quite special. 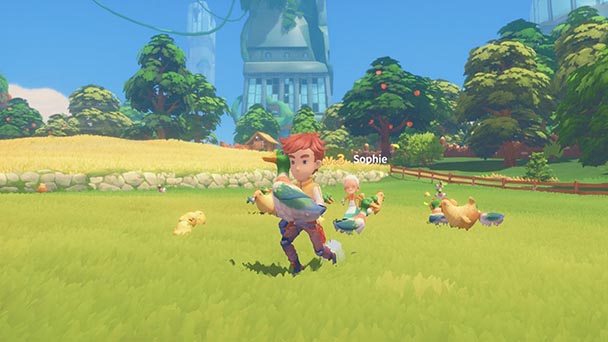