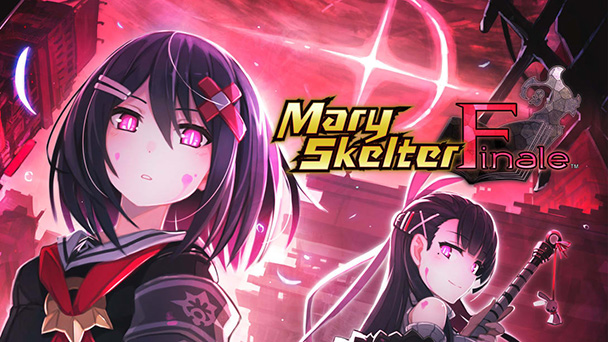 Between a substantial recap of events in the preceding games, canonical and spin-off visual novels, and a main game that can extend for weeks, Mary Skelter concludes in a big, bloody bang. 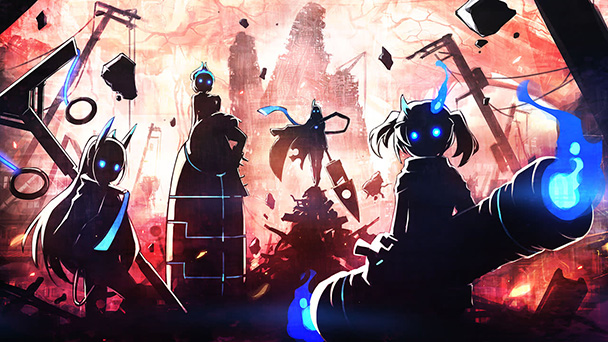 Sadly, folklore tends to grow sanitized over time. When the Brothers Grimm adapted popular fairy tales from spoken to written form, they were rather dark and gruesome. While Disney’s The Little Mermaid might have delivered a happy ending, the original had Ariel commit self-sacrifice rather than kill the man she loved. Cinderella was just as bleak, depicting the stepsisters amputating their own toes in order to attempt to jam their feet into the telltale slipper.

Fairy tales were the horror films of the early oral era, filled with cautionary admonitions and a generous supply of bloodletting. Now, they’re all rather innocuous, scrubbed of anything that could frighten an adolescent audience. But shrewdly, Toshima-ku based Compile Heart has reinvigorated the shocking nature of the original stories with the Mary Skelter series. This is an adult tale, filled with sensual imagery, surreal monsters, and an unswerving preoccupation with blood. 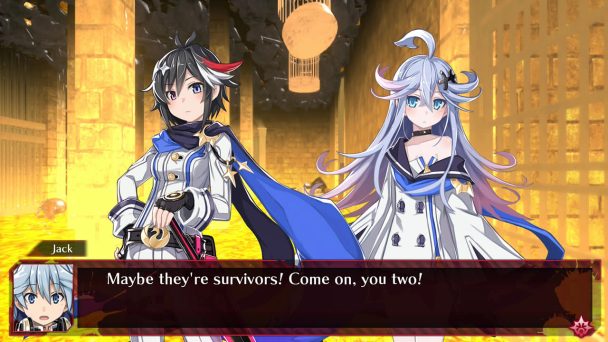 Do You Know Jack?

But more importantly, Compile Heart toyed with the emotions of players. Instead of the obediently behaving roster of characters, Mary Skelter’s cast would lick blood off of each other. Taking an even more precarious stance, characters would occasionally lose their sanity, slipping into Blood Skelter Mode. Here, they’d attack adversaries and ally alike. This could be immensely frustrating, with one of your own party members sinking a taut battle into a disheartening defeat. After such a loss, finding compassion for the overwrought character could be tough. 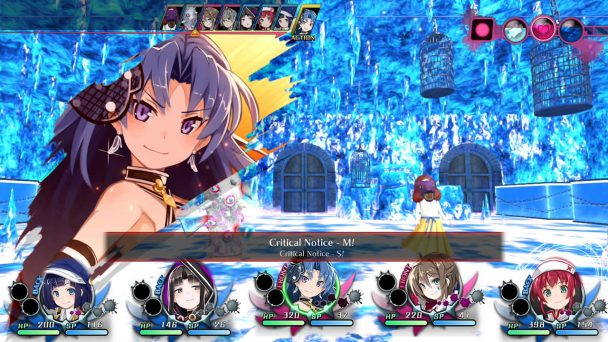 Running from You Nightmares

But ally attacks were hardly the only oddity. Even Mary Skelter’s setting was bizarre. Jail was a living, sentient hellhole, born from a cavernous shaft that formed in the middle of a nondescript city. The subterrain tower was split into different, vibrantly colored areas, each protected by a beast referred to as a “nightmare”. Given their often-terrifying appearance, the moniker was an apt descriptor.

Terrors also existed in the form of Marchens, surrealistic terrors that roamed Jail’s expanses and are eager to slaughter any creature they encounter. From the unnerving scream that was discharged when players would strike at each labyrinth’s heart to the watchful eyeballs in dungeon walls, Mary Skelter and its sequel were born from the ingredients of unsettling dreams. 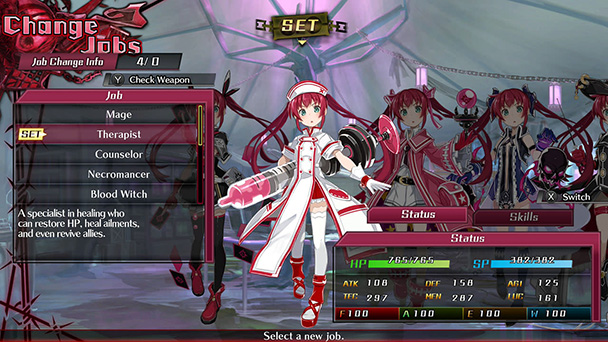 No Release from these Torturous, Sentient Dungeons

The original game detailed Jack and the Blood Maiden’s attempt at escape, and the sequel delivered an alternative retelling. While a bit convoluted narratively, Mary Skelter Finale takes is set after the events of the previous games, where the cast has finally absconded from Jail and made it to the surface. What follows is hardly the enlightenment of Plato’s Allegory of the Cave, but another trek through a dark, dystopian realm. Bloodshed and corpses litter the landscape, and you’ll soon encounter a group called Massacre Pink and a yet another ominous Jail reaching skyward.

From a Prologue to a Bonus Visual Novel, Finale Delivers

On the upside, that means plenty of dungeon crawling and turn-based combat will accompany the visual novel-style exposition. Given the amount of material that precedes Finale, Compile Heart’s decision for a comprehensive retelling of plot is shrewd. “Before Story” serves up the conversation from the first two games, so you’ll only be missing the dungeon-based dialog. But if you’re new to the series, know that it’s a protracted read and will be followed by hours of additional storytelling and tutorials.

But before long, a confrontation with a dominant foe will reveal one of Finale’s key additions: the Zapping System. You’re adventuring party will be separated, forcing you to shift control between the sub-teams. Unsurprisingly, the game’s dungeons seize the opportunity for puzzling, switching teams to activate switches so that forward progress can be made. Occasionally, the game also creates tension by putting one of your underhanded sub-parties in jeopardy. While managing up to six smaller teams simultaneously can get unwieldly, the developers were merciful enough to extend shared inventories. 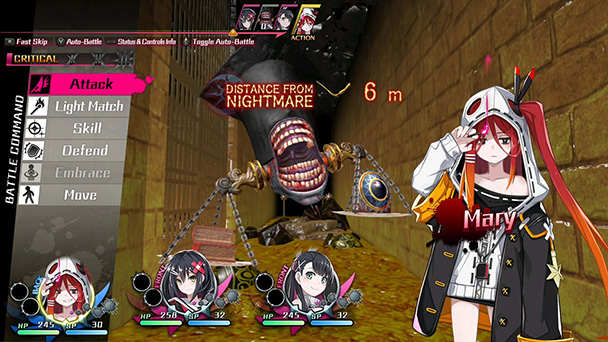 A Transfusion of New Enemies

Alternatively, you can lick the blood from your fellow adventurers. This activates another skillset but prevents the character from going into Massacre Mode. Collectively, the decisions will help you face Finale’s new enemy types, like the horde-like insectmares. When these cling to your body like leeches, your selection of commands is often reduced. Just like when a Nightmare is chasing you through unmapped, trap-filled territory, you’re often forced to prevail when unexpected setbacks occur. Investigate, and there’s often a counterstrategy to be discovered, such as the Nightmare’s own vulnerability to dungeon traps. 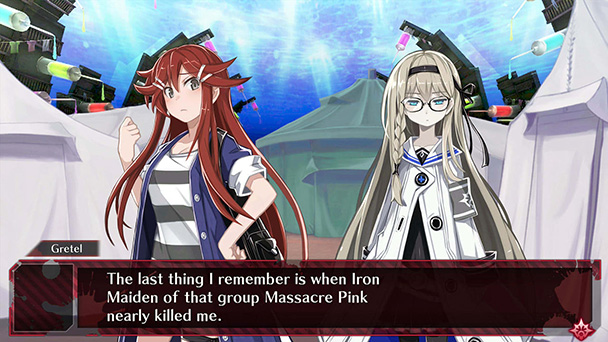 This time out, Finale let’s you engage in horror-ticulture, growing blood flowers and watering them with the rosy-colored bodily fluids of fallen Marchen. From obtaining Jail pieces that can buff parties to Jail Trials, where tweaking with the game’s variables can produce perks, there’s a healthy amount of new micro-managing to be found. Pleasingly, many of these components can be ignored if you want to focus on the dungeon crawling. But for those who find delight fiddling with variables and reaping the benefits, you can obsess over the options found in Finale’s menus.

The one troubling component is the game’s job system. There’s room for customization, with classes altering the appearance of characters. The downside is that the Blood Maidens become functionally indistinguishable when given the same job class. Ideally, the system would combine character qualities alongside the specialization associated with specific jobs. 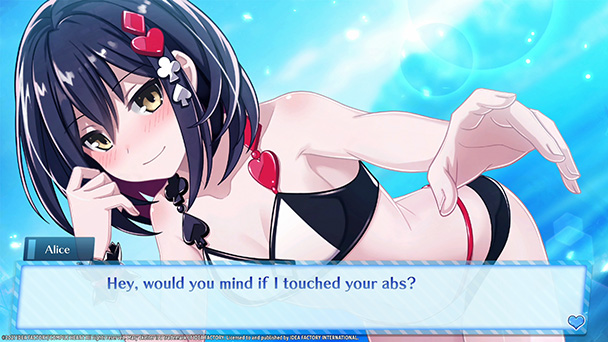 Like the series’ previous outings, Mary Skelter Finale delivers an engaging mix of visual novel-style storytelling, complex turn-based combat, along with the thrill of dungeon exploration. Quite possibly the final chapter, it’s an archetypal sequel that builds on the strengths of its predecessors, while adding enough novelty to not seem like a retread. Although you could start here, those seeking a delightfully dark and twisted fairy tale, might want to begin from the original game. That way you won’t miss a single, fuchsia-colored drop.

Mary Skelter Finale was played on Switch
with review code provided by the publisher.

Mary Skelter Finale review
Between a substantial recap of events in the preceding games, canonical and spin-off visual novels, and a main game that can extend for weeks, Mary Skelter concludes in a big, bloody bang. Sadly, folklore tends to grow sanitized over time. When the Brothers Grimm adapted popular fairy tales from spoken to written form, they were rather dark and gruesome. While Disney&rsquo;s The Little&hellip;

Summary : Mary Skelter’s preoccupation with flesh and blood concludes in this triumphant climax. If you’re looking for a game where you can lick the blood off party members to keep them from going berserk, seek out Skelter.