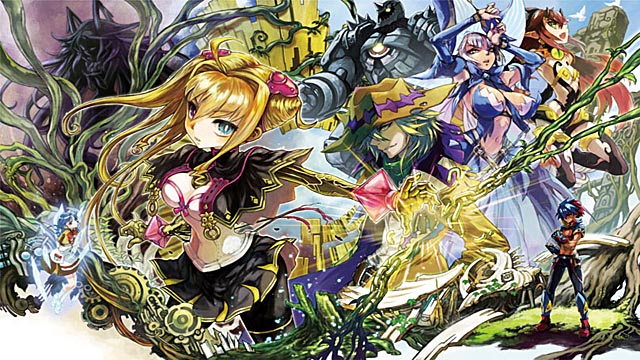 For some, 2010’s ClaDun: This is an RPG! and its sequel- 2011’s ClaDun X2, capably indulge the dungeon exploring urge, offering an engaging blend of Rogue-like exploration with real-time combat reminiscent of early entries in the Legend of Zelda series. Exhibiting a number of nuanced systems which reward players who can appreciate intricacy, as well as offering expedited jaunts ideal for gamers on the go, both titles deliver lasting enjoyment in delicious, short-term bursts.

The recent digital distribution of Legasista for the PlayStation 3, reveals a game which borrows many of the core mechanics of System Prisma’s ClaDun series, while adding an elongated tutorial and a richer narrative. Aside from concise, homogeneous missions better suited to the time constraints of portable play, Legasista is an absorbing console title capable of thoroughly fascinating role-playing fans. 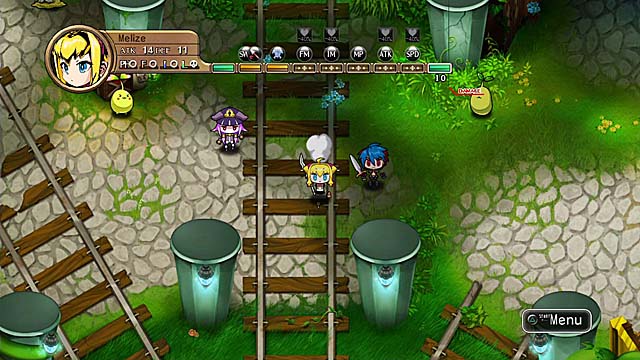 Admittedly, the game’s plot doesn’t make the best initial impression, seemingly supplying dispensable whimsy and well-worn tropes. At the commencement of the game, players are introduced to the game’s protagonist- Alto, who has embarked on a mission to repeal a curse which has consigned his sister to a crystal. The hero’s journey takes him to the Ivy Tower, an oversized organic, structure that conceals the item to liberate his sibling; which certainly sounds like a hackneyed impetus. However, give Legasista a few hours, and the game’s storytelling becomes more poignant that its preamble might indicate. Dialog between Alto and his sister segues from typical familial repartee to endearing concern, and before long it’s hard not to identify with the protagonist’s plight. Similarly, the game’s humor becomes more focused- especially when sentient bean sprouts enter the story, perverting typical carnivorous guilt into vegetarian remorse.

Whereas ClaDun assumes a passing familiarity with Rogue elements, Legasista explains its complexities through eleven protracted training stages. Although the title initially seems unassuming, overlooking a single detail can prove lethal, such as how running through a dungeon (rather than walking) halves your defensive rating. Soon, players are exposed to the variety of traps which litter Legasista’s levels, which range from Indiana Jones-like arrows shot from walls to earthquakes capable of injuriously shaking sections of the floor. Unlike ClaDun where triggering a trap meant a randomized wait period, Legasista’s snares activate with punctuality, making it far easier to use the devices to damage enemies. 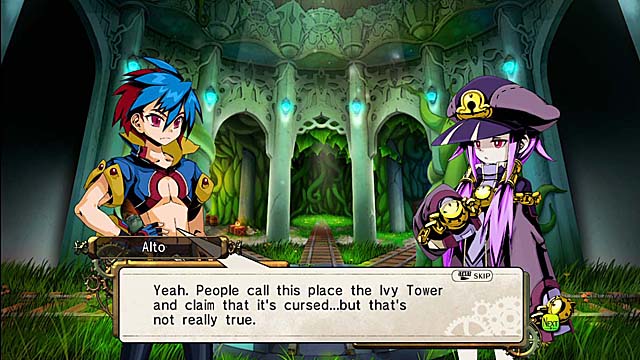 The game’s other core deviation from ClaDun is the revision of the Magic Circle, a circuitous object which could endow statistical bonus with the placement of characters and item. In its place are Legasista’s Energy Frames- linear systems of attributes that can be tweaked to glean an advantage in battle. Now a player’s item set are part of their health system, as enemies whittle away at the durability of equipped items before stealing a character’s hit points. Party members play a more active role, as players are able to flip through teammates with a flick of the right analog stick. Consequently, gamers are given more tools to tackle adversity, provided that the team of characters are equipped with a variety of melee and ranged weapons. For those wishing to pinch every last advantage out of their party, players can even assign different ability-boosting titles and subtitles to their team or change jobs, revealing a lot of stat shifting going on underneath Legasista’s unassuming  veneer.

Complementing the Ivy Tower quest are the game’s ran-geons, randomized dungeons which present procedurally generated levels. These challenges can be quite formidable, with legions of high-level foes skulking about- but they also present the possibility of earning a bundle or experience points, or a piece of instrumental loot. Whether players are tackling the main campaign or these extra-curricular excursions, Legasista forces you to make tough decisions. Poison affects characters in four different ways, and unlike most games where it’s a slow, methodical killer, here toxicity ranges from manageable to downright murderous. Likewise, many items found in treasure chests and in the claws of defeated beasts depreciate in potency as gamers ascend each floor, tempting players to use a tool as soon as possible. Yet, doing so may leave characters empty-handed after an enemy assault on the next floor. Cleverly, death really feels unfair as in Legasista’s world, prudence leads to perseverance.  Unlike most Rogue-likes death is more of a temporary setback, jettisoning players back to the hub world without any newly acquired items and half their earned experience. 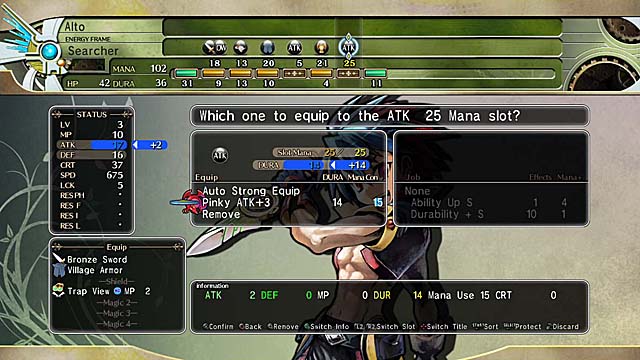 Legasista employs high-resolution tiles to construct its dungeons, lending the game a modest appearance. Although monster designs are culled from ClaDun (and still succumb to palette swapping to inflate the roster) seeing adversaries in HD is a visual treat. Adventurer models are a bit simplistic but the game does permit players to create their own graphics for both characters and weapons through an intuitive editor. With the option to import designs via a thumbdrive it seems likely that a few fans will share their handiwork; YouTube videos have already flaunted a respectable representation of Mega Man.

For ClaDun veterans, Legasista offers enough adjustments and new mechanics to help rekindle a dungeon-scouring romance. As countless Rogue-likes have proven, exploring stages filled with traps and monsters while managing a small supply of items, placates some primordial desire. Coupled with a screwball storyline which provides an impetus for the exploration and monster extermination, Legasista is charismatic enough to lure new player into its world of traps, treasure, and character tweaking. 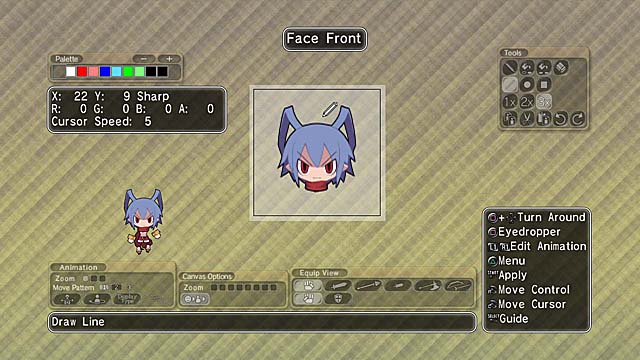 Previous: New Releases for the Week of August 26th, 2012
Next: Transformers: Fall of Cybertron Review