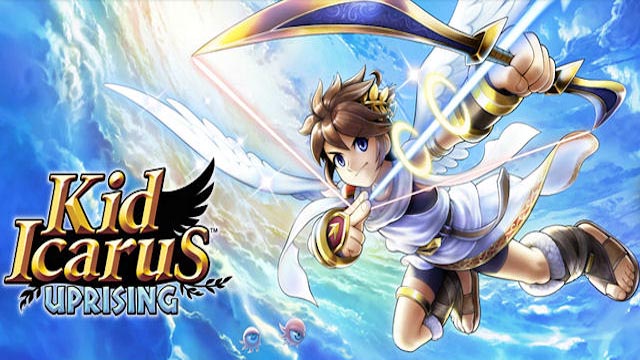 Save for a few uncharacteristic clunkers over the years, the majority of Nintendo’s first-party titles have been uncontested triumphs, providing essential experiences for the consummate gamer. So, when early reports mentioned issues with Kid Icarus: Uprising’s control scheme, some speculated that the publisher was in danger of delivering a rare misfire. Thankfully, the final build reveals determination went into refining the game’s input methods- permitting players to savor a skillful, addictive blend of shooting and looting.

Each of the game’s twenty-five chapters commence with Pit- the game’s plucky protagonist, flying through a snaking on-rails segment. Recalling Treasure’s Sin and Punishment, players simultaneously shoot any enemies which may drift across the screen while dodging incoming fire. Initially, guiding Pit with the Circle Pad, aiming with the stylus, and selecting from two types of offensive shots can seem overwhelming. A few stages later, the juggling of tasks becomes nearly instinctive, sending a steady stream of currency into the player’s coffers. 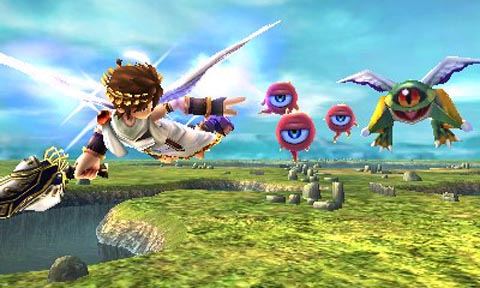 Since Pit’s partner in the adventure- the goddess Palutena, can only keep the hero in flight for up to five minutes, the airborne sequences eventually transition into third-person segments. Here, players use the touchscreen to concurrently direct the crosshair and shift the game’s camera. Although Uprising’s ground combat could have easily devolved into chaos, the game’s prudently places most foes in front of the player, eliminating assaults from off-screen antagonists.  Deftly, the game’s flyovers often divulge the general layout of the surface level sub-stages.

Where most developers would have been content to offer a pleasing twelve to fifteen hours of action, director Masahiro Sakurai (Kirby’s Dreamland, the Smash Bros. series) endowed Uprising with a handful of element which serve to escalate the title’s playtime. Each stage offers weapons which expand Pit’s arsenal with nine broad types of weapons, from cannons which expel exploding charged shots to razor sharp claws that are ideal for melee combat. Not only does each armament very in range, homing ability, speed, and damage capability, but each are endowed with distinctive perks. Beyond the core arms that are uncovered during gameplay, additional weaponry can be crafted by forging two items together. With so many different offensive devices, replaying Uprising’s chapters rarely feels like a chore. 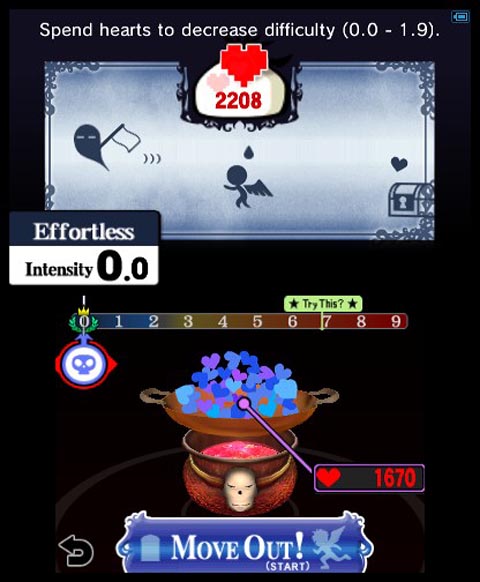 To offset the woes of repletion and provide a wide range of challenge levels, the title incorporates an ingenious component known as the Fiend’s Cauldron. Before the start of each level, players shift a slider to set the chapter’s difficulty. While low settings allow for players to traverse a stage with nominal exertion, players won’t earn much currency or any exotic weapons. Moving the slider to the other extreme intensifies the formidability and frequency of foes, but also raises the value of dividends. Pleasingly, levels occasionally grant access to closed off areas- provided gamers are tacking Uprising at a robust enough difficulty setting.

Beyond the main single-player campaign, the title also provides local and online functionality. Frenzied deathmatches and team-based variant are undeniably interesting, especially since you can bring your arsenal against other players. However, between the number of disorienting attacks which pepper players from all angles and the occasional sluggish framerate, Uprising’s multiplayer component isn’t as compelling as the game’s storyline. Meanwhile, AR card battles and StreetPass weapon swapping encourage auxiliary interaction between owners of the cartridge. Like Sakurai’s Smash Bros. series, Uprising offers a multitude of collectables, which is destined to preoccupy completionists for weeks. 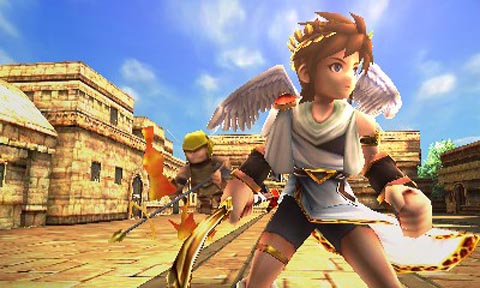 Despite the game’s variety of virtues, Kid Icarus isn’t without fault. Although the title’s control problems have been largely excised, when on the ground, players cannot dash or dodge in the same direction they are walking. Few will find blemish in the game’s storyline, which is delivered through inner-stage dialog complemented by character portraits in the bottom screen. From wily, fourth-wall references to a steady succession of references to the first Kid Icarus title, the game’s conversations are top-notch. However, as cute as Palutena and Pit’s banter is, is loses its spark when players listen to the repartee repetitively. Ideally, the developers at Project Sora would have offered branching discourse, recalling the commentary from a sports game, remarking directly on the player’s actions.

Like Nintendo’s first class efforts, Kid Icarus: Uprising ‘s blend of congenial characters, polished play mechanics, and sublime difficulty management present players with a thoroughly enjoyable experience. Outside a few minor misgivings, the cartridge comes recommended to 3DS owners, especially those seeking an experience capable of engaging them for weeks. While Miyamoto may get the majority of attention, Uprising reinforces Sakurai-san’s contributions to the Nintendo mystique.