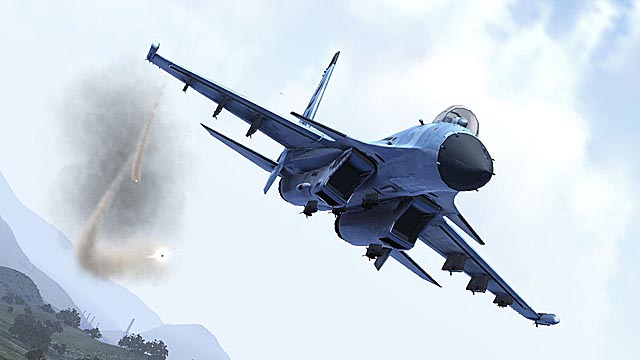 One of the FAA’s stipulations for becoming a commercial pilot is at least 250 hours of piloting time. If the agency ever permits air combat simulations into their calculations, I should be well on my way to careening through the wild blue yonder. With a childhood which encompassed marathon sessions of A-10 Tank Killer, F-16 Combat Pilot, and Harrier Jump Jet, it’s little wonder that I mastered an Immelmann long before learning to ride a skateboard.

Even periods outside of the virtual cockpit were spend studying the minutiae of flight and different craft, with data from Jane’s All the World’s Aircraft frequently supplying intel on foes. During the mid 90’s Jane’s Information Group began putting their moniker on Electronic Art’s line of flight sims, instigating an era of increased authenticity and verisimilitude to the air combat genre. Despite early critical and commercial success, the franchise stalled in the early 2000’s, succumbing to the woes of oversequelization and a breakneck development pace. While the recent Xbox 360 release of JASF: Jane’s Advanced Strike Fighters doesn’t attempt to recapture the staunch simulation of this bygone era, the game does an admirable job of capturing the exhilaration of a low altitude bombing run within an arcade-style context. 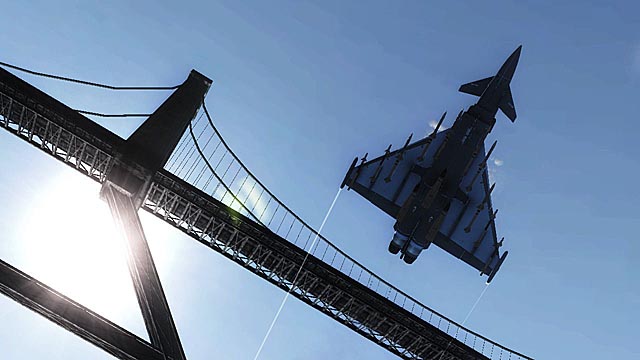 Unmistakably drawing inspiration from Namco’s Ace Combat series, JASF delivers a squadron of thirty easy-flying, accurately modeled fighters ranging from the F-22A Raptor to the Russian PAK-FA T-50. Instead of giving each craft an impossible number of missiles, cannon rounds, and counter-measures, the title’s jets offer regenerating payloads, which replenishment after a few seconds. Although veteran jet jockeys will bemoan JASF’s misrepresentation of loadouts, it’s a compromise which allows the game’s emphasis to remain squarely on combat instead of the tedium of landing to rearm, or the complexity of managing an entire squadron. Likewise, the title’s flight model is simplified- allowing players to take to the skies with a minimum of hassles. Actions such as land-gear operation and engagement authorizations are handled automatically, allowing players to concentrate on things such as maintaining a proper elevation during missions that require pilots to fly low to avoid radar detection. Adeptly, each jet in JASF’s roster feels distinct during flight- from the limber versatility of the F-35 Lightening II to the plodding menace of an A-10 Thunderbolt II.

Jane’s Advanced Strike Fighters’ set of sixteen missions cover the air combat gamut, with a wealth of air and ground-based targets to destroy as well as requisite escort missions. At its best, the game throws simultaneous threats at players- tasking pilots with eliminating malevolent factories surrounded by SAM defense, all while teams of bandits are attempting to lock a missile onto your exhaust. With three levels of difficulty, adversity doesn’t really emerge until gamers select the topmost challenge level. Luckily, even neophyte fighter pilots will enjoy the game’s mid-mission checkpoints, until they master the timing of launching a decoy flare to dupe enemy missiles and absorb the scope of each craft’s arsenal. When my A-10 succumbed in the blast radius of a low and slow, MK-77 incendiary dropping run, I discovered JASF’s forte. Carpet bombing clusters of enemy targets exhibits the proper ratio of risk-to-reward; destroying a group of ground-based objective in a single, precarious swoop is the game’s winning virtue. Regretfully, air-to-air isn’t as vivacious and usually devolves to sending a steady stream of Sidewinders at bandits instead of incorporating the nuances of dogfighting. 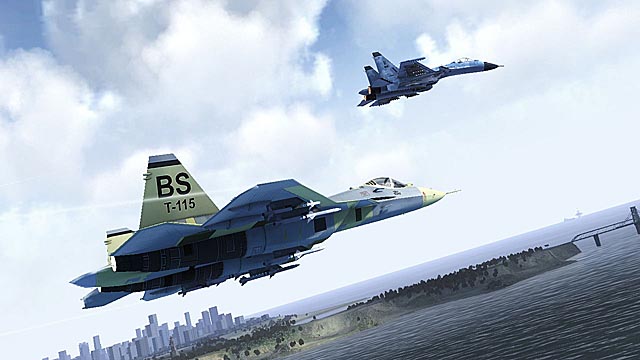 While sky bound skirmishes lack engagement, that isn’t the game’s worst offense. Numerous bugs soiled JASF’s sorties- exposing regions of untextured, black landscapes, and on multiple occasions, a flaw which rejected any input from the control pad. Beyond those failings, JASF’s is graphically competent, with nicely rendered aircraft and capable environments rendered with a distant draw-distance. Although ground textures look a little blocking when flying at low altitudes, the title’s sky and cloud textures helps offset any deficiencies with the landscape. Typically, the game’s framerate is stable, allow the infrequent mid-stage load can create short pauses, similar to Halo: Reach.

While JASF has a number of intriguing multiplayer option, ranging from aerial Deathmatches and Team Deatmatches, numerous attempts to join and create a game were shot down in flames; apparently, the title hasn’t garnered an active online fanbase. Hopefully, a small movement develops, because the game’s multiplayer menu also conceals a two to four participant online cooperative component. With the title already seeing twenty-dollar discounts at major retailers, it would be nice to see the formation of a second-wave constituency. 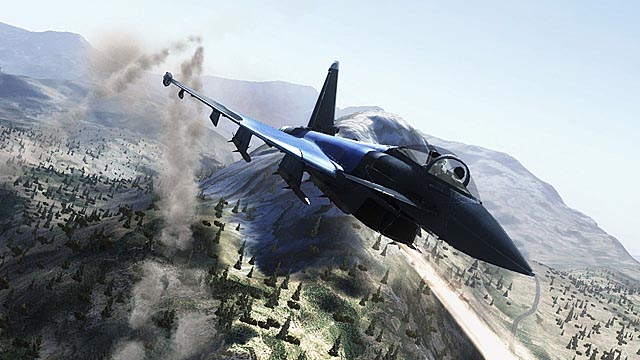 As long as players expectations are more along the lines of Namco’s Ace Combat series and not aligned with the depth of the Jane’s PC sims of the late 90’s, JASF: Jane’s Advanced Strike Fighters is a practical purchase for gamers seeking a bit of simplified dogfighting action. While the game’s does have a handful of niggling blemishes, collectively these stains aren’t enough to sully an otherwise serviceable flight record.

A copy of JASF: Jane’s Advanced Strike Fighters was provided by the publisher for review.

Previous: Assassin’s Creed: Revelations Review
Next: Xotic: Not Quite Acclimated