We possess bodies in HyperParasite, using an enemy to dispatch other foes. With Coffee Crisis, we battle the possessed, saving Philadelphia’s populace against an invasion of evil extraterrestrials in classic brawler form. 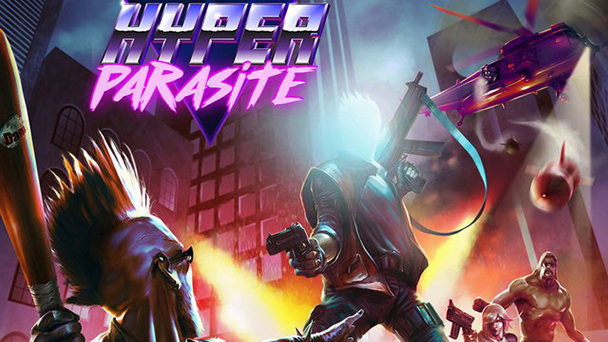 From Neon Chrome to The Binding of Isaac, Steam has an abundance of quality, twin-stick-based, rogue-likes. But taking inspiration from the ‘80s B-movie classic, The Hidden, HyperParasite is already demonstrating a ton of potential, even in its current alpha state. Players assume the role of a parasitic organism, capable of infiltrating the human body, seizing control of their actions, and generally wreaking havoc.

Initially, you’ll start of game of HyperParasite as an inky blue blob able to shuffle around urban environments. Walking around to different areas of the procedurally-generated map will trigger waves of enemy attackers and seal the exits. Although you’re able to execute a dash while in parasitic form, you’ll otherwhile quite vulnerable. Fortunately, a button press brings up a possession cone, and when a suitable host is in your immediately vicinity, you’re able to seize control, implant yourself inside them. 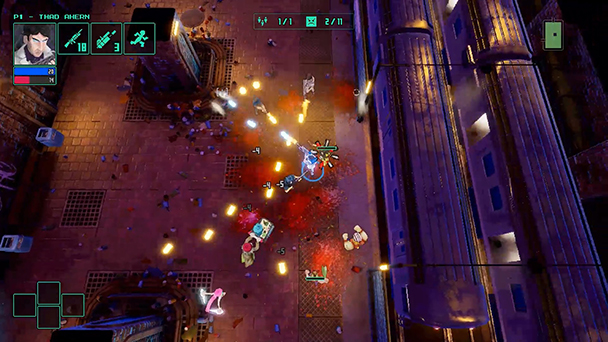 Once the process in started, the host’s body receives damage, but you’ll still have to be careful because HyperParasite’s humans can only withstand a hit or two. On the upside, you’ll also obtain their offensive ability. Some of the these are traditional, like a cop armed with a six-shooter. Others are darkly comic, like the homeless guy who can bash into people with his shopping cart or the angry punk who can use a chain like a whip. Each potential host carries a secondary skill. The cop, for instance, can increase the size and power of his bullets. These abilities are powerful but also limited, encouraging players to shift control from one host to the next. But if take damage while in parasite form, you’ll lose one of your three starting lives.

Like any respectable Rogue-like, there’s loot. In this case, you’ll occasionally discover picks that can bolster the skillset of your parasite as well as money that can be used to purchase essentials such as medkits. Currently, the game in need of balancing, with a difficulty that ramps up a little too suddenly. But if developer Troglobytes Games can inject some mechanics that incentivize HyperParasite’s meta-game, they should have a contender on their hands. The game’s demo always demonstrates the gratification of body-burglary and how polished things in its single-player or local co-op runs. 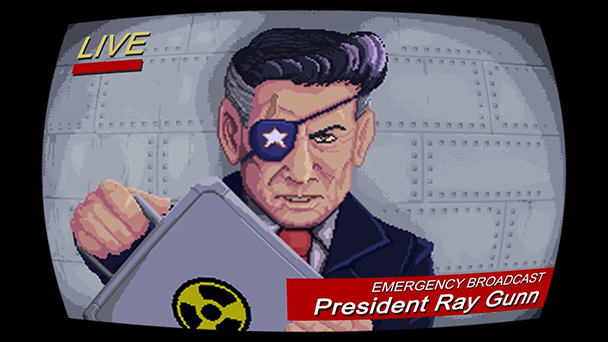 Recommended for: Those seeking a new twist on twin-stick shooting action. 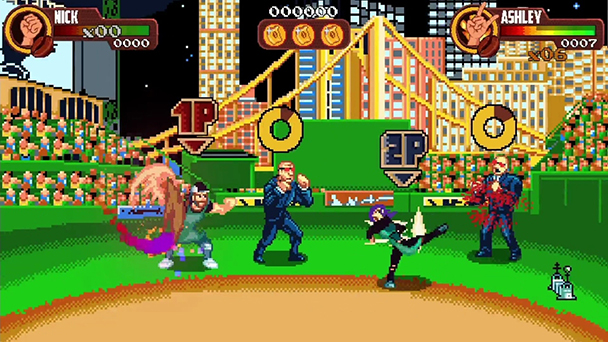 Brawlers like Golden Axe, Streets of Rage, and Battletoads often evoke fond memories. For many, hours were devoted to these seminal Genesis brawlers, delivering punches, kicks, and elbow drops to a succession of belligerent baddies. While each game had their own frustrations, a bit of aggravation was part of the experience, amplifying intensifying to the sense of achievement once the final credits eventually rolled.

Released on the Genesis last year, Coffee Crisis could almost pass for a prototype build from long-lost source code. Channeling the era’s irreverent approach to storytelling, the game details an alien species named the Smurgliens who land on earth with an intent to steal precious commodities like wi-fi, coffee, and heavy metal music. To repel the invasion, baristas Nick and Ashley step over the counter, fighting across eight different environments. 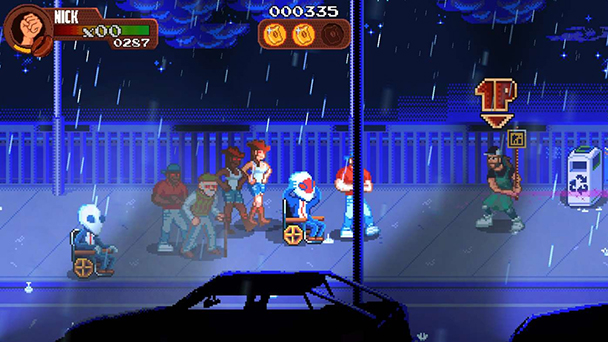 What’s interesting is that Coffee Crisis incorporates several real-world elements. Nick and Ashley’s employer is based on an actual place, The Black Forge Coffee House, while backdrops are inspired by different parts of Philadelphia.  Even the game’s driving sound track is homegrown, with searing guitar licks delivered from Philly bands. But authenticity is inconsequential if game isn’t enjoyable.

Fortunately, gameplay is pretty solid. Nick and Ashley have a similar move set, with a chargeable melee strike, a crowd-clearing special, as well as the abilities to jump. Additionally, both baristas can pick up a multitude of different weapons to smash the Smurgliens. In execution, you’ll be constantly moving around the screen. Not only do the aliens fire projectiles along horizontal planes but they also attack in large numbers. 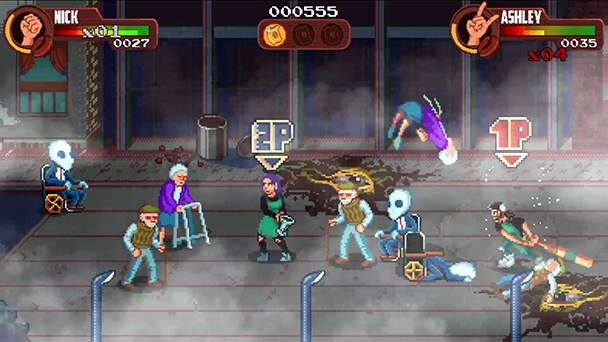 The downside is that Coffee Crisis is about as deep as cup of java. Enemies are certainly charming. Beyond bid-headed extraterrestrials, they also possess humans, which means senior citizen will attack you with walkers and canes. But don’t expect your tactics to change wildly. The charged attack leaves you prone for too long, so you’ll be using you special and normal attacks to whittle down Smurglien numbers. To help offset the tedium, developer Mega Cat has modifiers. There do everything from change the color of the screen to summon a squad of possessed cowgirls. Fortunately, purists can turn the option off.