With Exception, we dive deep into a computer’s internals for a vibrant-colored, speedrunning platformer that intensified by a searing soundtrack. Additionally, we attempt to resist temptation, in Sin Slayers’ notable blend of role-playing and rogue-like elements where immorality increases the difficulty level. 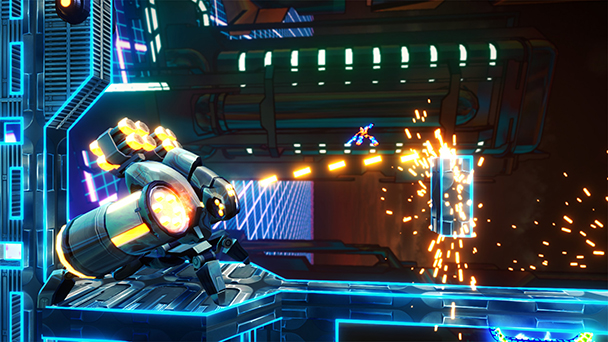 In tech speak, an exception is an issue that interrupts a flow of a computer program. Fortunately, Exception, an action-platformer which first debuted at the 2017 Pax West Indie Megabooth, demonstrates few of its namesakes.

Players are thrust into a Tron-like scenario, where they’re reduced into a nano-sized worker located deep inside of a CPU. When a low-tech grandmother unknowingly clicks on an ad for free software, the processor becomes infected with malware. Wiping the invading code from the machine means navigating through a hundred stages of neon-hued environments. 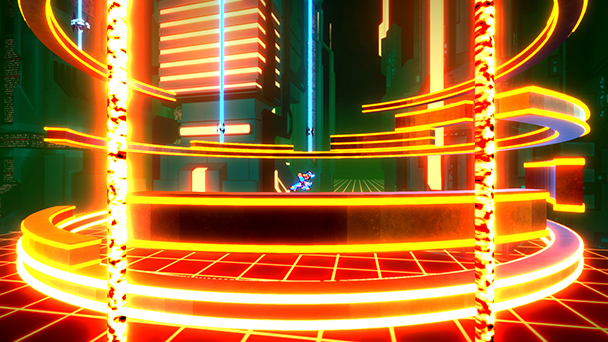 Initially, getting to each level exit involves the kind of character controlling traits players have faced for years. From ninja-jumping between two vertical walls, sliding through constricted spaces, and swinging a melee weapon to clear away any enemies or objects in your way, Exception’s movement is rooted in familiarity.  Persevere, and you’ll gradually unlock new, yet still familiar abilities. These are helpful when speeding through each level, but their use is never compulsory

The game’s hook is rooted in green, knot-looking objects scattered around each stage. Hit one of these and the playfield will rotate, invert, or move. Often, the transformation radically alters the level with walls becoming walkways or ceilings inverted into floors. Typically, you’ll experience a moment of disorientation before you grow accustomed to the modified environment. 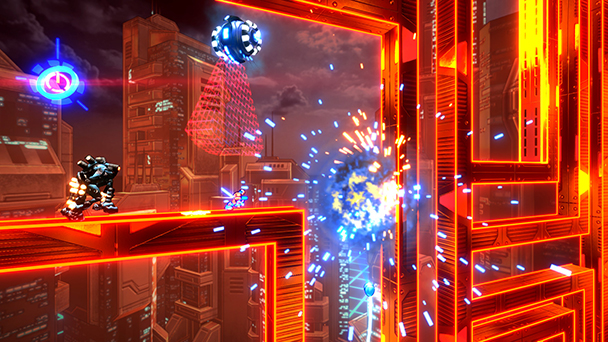 But Exception rarely requires the cognitive workout found in most puzzlers. Instead, the game is destined to be enjoyed as a speedrunner, with player’s able to shave seconds off their completion time by slashing at every enemy or shunning the use of the run button. More levels are completed in half a minute, stimulating the pace of the game. The sole downside is the game’s low gravity, which can make jumping feel a bit too floaty. If you can overlook that blemish, the radiant visuals and pulsating retro-synth soundtrack endow Exception with a bit of distinction.

Recommended For: Players who enjoy speedrunning through platformers. 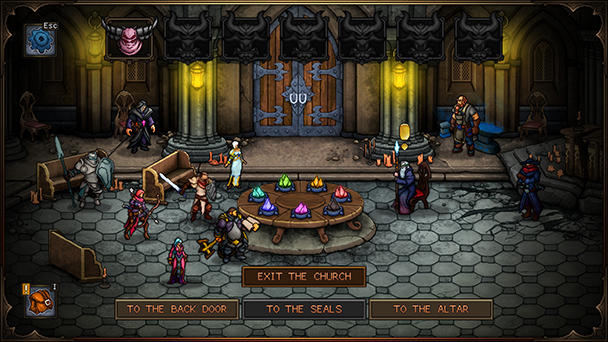 Fusing role-playing basics with rogue-like mechanics sounds seems like a promising concept. Russian developer Goonswarm (Alteric, Pandarama: The Lost Toys) latest effort is set in the Valley of Fallen Sinners. There, a party of three adventurers are losing the fight against a horde of creatures and decide to take refuge of the church. But when an old sage explains they are locked inside until seven portals are broken, the house or worship starts resembling a jail.

Escape involves taking a trio of archetypal adventurers to areas named after the seven deadly sins. Initially, you’ll commandeer a warrior, archer, and healer, but over time you’ll encounter new characters which can be swapped out back at the church. Combat reflects conventional turn-based quarrels that have been incorporated into RPGs for decades. At launch, these encounters could use a bit more balancing. While they are lightly challenging at first, before long they become effortless, introducing tedium, especially since you fast-forward or let the CPU take control of rudimentary elements like enemy targeting. Another downside is that characters have a scant number of skills, reducing the amount of strategy as you deduct shielding and hit points from foes. 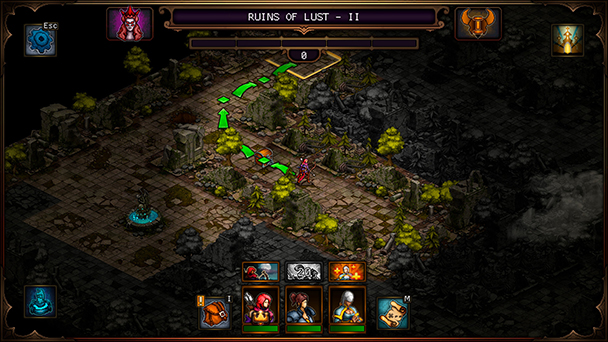 Sin Slayers’ sin-based statistic is supposed to influence the level of challenge. Exploring the game’s procedurally-generated grids uncovers events. Opt to loot a corpse, and you’ll gain a bit of wealth, but greed is punished in raising your sin level. When elevated, this affects how tough enemies are, so you’re supposed to keep your immorality in check. But save for bosses, having your sin level at capacity doesn’t put your team at a perilous disadvantage.

Leveling and crafting attempt to add sophistication to the game but each is slightly problematic. The former isn’t handled automatically. Instead, players must head to the Party menu, and with a minimal amount of guidance, it’s all too easy to neglect this function. Crafting can produce new equipment that can be dropped into each character’s two slots. While new gear does provide a noticeable augmentation, being able to use two items limits the complexity of gearing your adventurers. Another issue is that exploration isn’t all that engaging. You’ll click to uncover squares in each area and periodically bring the party to foundations to revitalize. But there’ no sense of cohesion or mystery for each area. Although there’s moments of promise demonstrated by Sin Slayers, the game really needs to absolve itself of tedium that stems from simplicity. 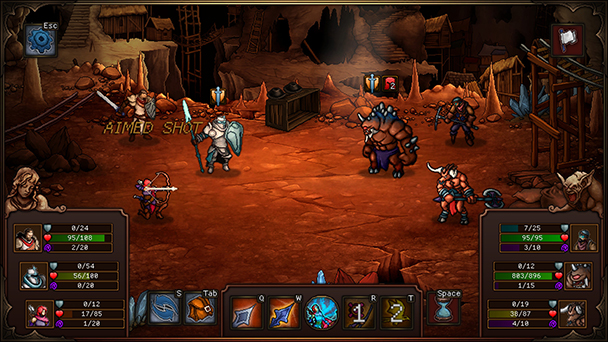