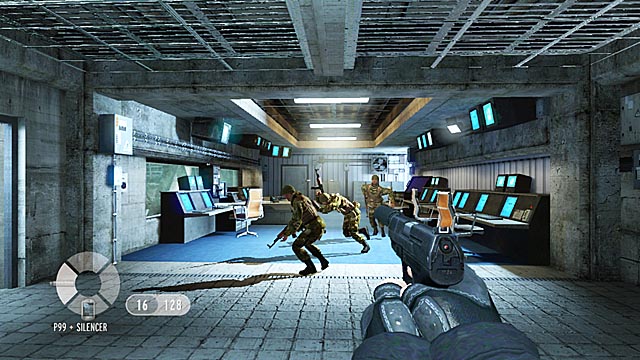 Although the exotic locations, tautly scripted action sequences, and iconic theme music associated with James Bond’s cinematic exploits seem like perfect video game fodder, 007’s foray into interactive entertainment has often been sullied by tumultuous events. Despite a lofty watermark established by 1997’s GoldenEye 007, Bond has experienced a number of disappointments- from 2005’s GoldenEye: Rogue Agent, Electronic Art’s subsequent decision to abandon the license in 2006, to last year’s 007: Bloodstone, which contributed to the shuttering of Bizarre Creations.

Mirroring the clandestine quality of MI-6’s most celebrated operative, last year’s GoldenEye 007 was a surreptitious success. Whereas most remakes of notable titles succumb to either a staunch obedience or comprehensive rejection of source material, GoldenEye straddled the two archetypes, supplying an adept update to Rare’s single and multiplayer components. The title’s one weakness was its choice of mediums; in an era dominated by now-gen first-person shooters, the Wii version seemed dated alongside its visually superior contemporaries. It didn’t help matters that the default Wiimote and nunchuck input scheme was never quite as natural as the use of more orthodox Classic Controller. 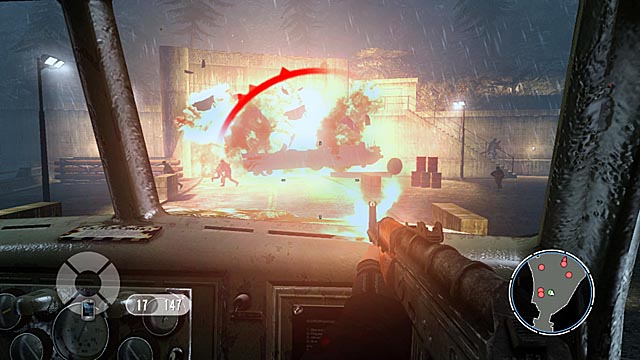 Recent Xbox 360 and Playstation release GoldenEye 007: Reloaded remedies these shortcomings by providing a skillful adaption of the Wii title, replete with high-res textures, extended draw distances, and a framerate that’s as smooth as the wax on an Aston-Martin DB5. With an additional quartet of multiplayer maps and an absorbing challenge mode, the game is likely to please any double-O aficionado, despite a few quizzical omissions.

While Reloaded’s single player campaign revisits some familiar locations and offers a few nods (yes, there’s a soldier on the can ready to be capped) to Rare’s title, players shouldn’t expect a carbon copy. 007’s antiquated need for health packs has been renovated into a modern regenerating health system, which is efficient enough to shift FPS veterans toward higher difficulty levels (for purists, the old system returns on the game’s highest challenge level). Stealth now plays a much larger role in GoldenEye, with Bond being able to skulk around and engage guards with a quick and silent melee strike. Although enemy AI has been improved since the Nintendo 64 outing, soldiers can occasionally be oblivious or hyper-sensitive. When the later occurs, Reloaded delivers visceral cover-based firefights without the burden of infinite enemy respawns. 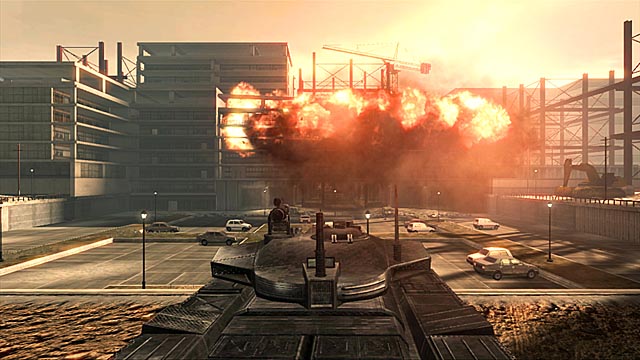 Paying homage to the classic game, the title’s top challenge levels task Bond with additional duties, often revealing nuances of each stage which previously went unnoticed. For better or worse, the game’s linear stage layout, as well as on-screen map and HUD, keep players from getting disoriented by their surroundings, and focused on more pressing assignments. Yet, the occasional requirement to gather photographic intelligence, hack into computers or disable security camera permits 007 to feel like a spy, rather than a prototypical FPS protagonist.

Complementing the title’s ten hour campaign is a collection of Modern Warfare 2-styled tests called MI6 Ops. Here, each gameplay mechanic from the main game receives its own specific assignments, ranging from guard slaying elimination modes, stealth exercises, asset defensing, and assault runs past sequences of checkpoints. Some tasks are more successful that others- while Elimination feels like Rainbow Six’s reoccurring Terrorist Hunt mode, stealth assignments are needlessly finicky, ending after a single soldier spots Bond. Cleverly, each mission allows player to tweak numerous settings, adjusting everything from enemy intelligence, player health, to the frequency of enemy grenade usage- even sharing these variants across the online leaderboards. Regretfully, the MI6 Ops diversions are limited to a solitary player, despite the capacity for most missions to serve as an idyllic cooperative task. 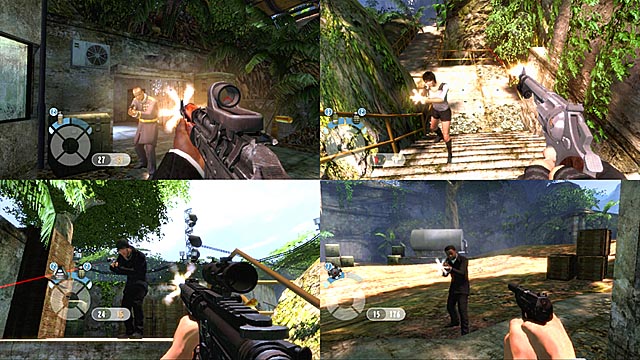 Instead, the game’s competitive component holds Reloaded’s sole multiplayer experience. Accommodating up to sixteen people online or four players across a split screen perspective, the title presents a plethora of options to players. With thirteen different game types- from standard deathmatches to bouts where each kill earns gamers a more formidable firearm, GoldenEye offers a pleasing selection of unlockable avatars, weapons, and devices to use, providing a pleasing sandbox full of play options. At the time of review, the title’s matchmaking system wasn’t fully operational, making jumping into a skirmish needlessly arduous. Despite the presence of AI drones in the game’s MI6 mode, bots are inexplicably absent from Reloaded’s battles, despite their key role in GoldenEye’s predecessor.

With a substantial core campaign, intriguing challenge maps, as well as a rousing competitive arena crowded with options, GoldenEye 007: Reloaded delivers a satisfying amount of variety. Coupled with solid voice work from Daniel Craig and Judi Dench, as well as the Bond refrain sporadically swelling in the background, the title would make a worthwhile addition to any 007 fan’s library. 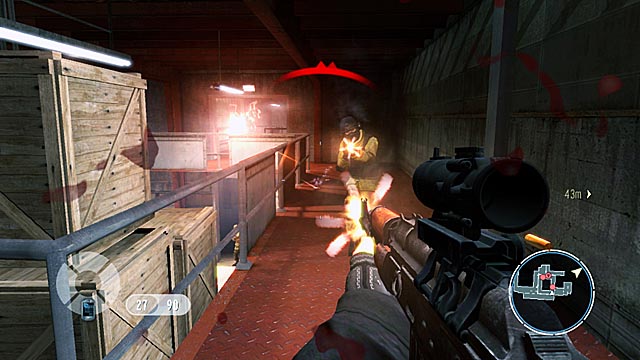