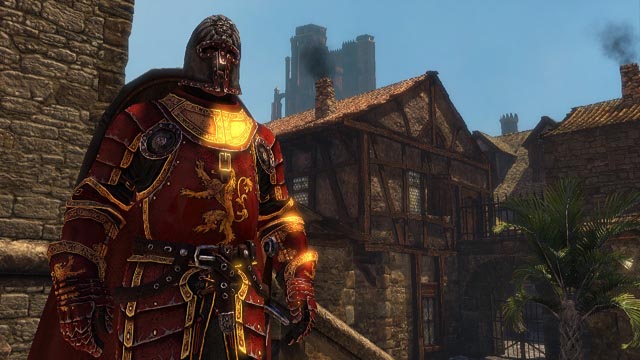 As intellectual properties go, George R. R, Martin’s A Song of Fire and Ice series might seem like an unlikely candidate for adaptation into a traditional Western role-playing title. Admittedly, previous conversions of A Game of Thrones (the inaugural novel in the seven volume anthology) have struggled to simultaneously articulate Martin’s merciless worldview as well as the cutthroat treachery which permeates each book. Yet, the RPG- with an emphasis on incessant combat stands in sharp contrast to the sharp but spare moments of violence which disrupt the avaricious politicking. Moreover, the genre has occasionally stumbled when pursuing the pendulous duplicity of shifting alliances- another of Fire and Ice’s signature motifs.

Much like one of Martin’s tragic characters, Cyanide Studio’s (Confrontation: The Age of the Rag’Narok, Blood Bowl) console interpretation of Game of Thrones is both irresistibly compelling and undeniably blemished. Propelled by a narrative which matches the misery and mastery of both the novels as well as HBO’s recent adaptation, the title’s ambitions are distinct. Traveling through an interactive rendering of Westeros, the game’s habitually mimics Martin’s moral ambiguity, which might just be enough to get faithful followers to open their purse strings. Regretfully, a lack of polish and some stubborn design decisions will prohibit gamers from being completely immersed with Thrones. 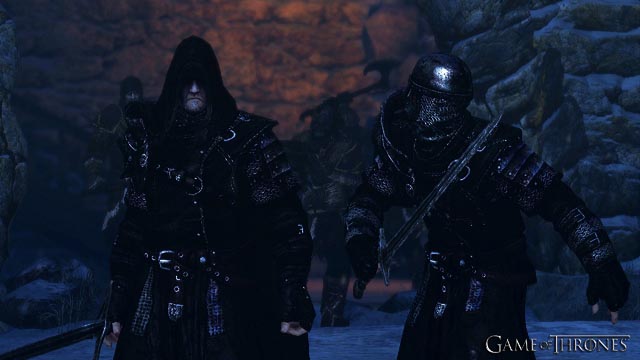 Unquestionably, the title’s greatest virtue is its approach to storytelling. Mirroring the shifting perspective of the novels, Game of Thrones alternates between its two leads. Perceptively, both original characters seamlessly mesh with Martin’s realm. Players start by taking the control of Mors Westford, a tenacious veteran of the Night’s Watch- a military order tasked with protecting the continent’s populace from Wildlings which roam north of an immense ice wall. Replicating A Song of Fire’s introduction, which saw Eddard Stark beheading a deserter of the Watch in front of his sons, Westford is given the same repugnant assignment, as a group of underlings observe. As Game of Thrones’ narrative reaches moments of elevated tension, perspective transfers to Ser Alester Sarwyck. Once a valiant knight, family misfortune causes Sarwyck to reassess his trade, persuading the nobleman to become a fire-handling priest. Diverging from conventional high fantasy, the character doesn’t beckon blazing summons nor hurl fireballs, instead engulfing his weapons with flames. Eventually, Westford and Sarwyck’s stories converge, cultivating a spellbinding storyline; however, a number of plot twists ensure that the individual journeys remain interesting. Although familiarity with either Martin’s novels or the television series will allow players to glean enjoyment from Game of Thrones references, knowledge of the source material isn’t a prerequisite. While HBO viewers will recognize a trio of characters (Varys, Queen Cersei, and Joer Mormont), unacquainted players are able to access the game’s robust codex, which functions as both optional tutorial and guide to the complex history of Westeros.

At the game’s onset, players choose stat-altering character traits, starting attribute levels, as well as one of three combat styles for each character. Following role-playing custom, experience gained from completing tasks and defeating enemies elevate Westford and Sarwyck, allowing each character to invest in additional equipment skills and special powers. Despite Game of Thrones flexibility in character specing, the title’s trajectory remains largely linear, save for scant bit of sidequesting and a quintet of conclusions which survey the narrow range which exists between unrelenting hopelessness and relative cheerlessness. Players are certain to spend a significant amount of time in Throne’s menus, where several small oversights are unmistakable. From not being able to contrast the quality of shop items against your characters’ equipped gear, a HUD mini-map which shirks exhibiting environmental details, to environmental icons all rendered in the same color, it’s clear that the title could have benefited from expanded focus testing. 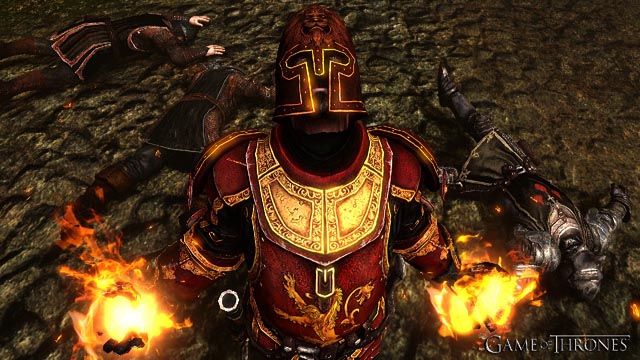 Worse, Game of Thrones combat can feel uneven and unpolished. Characters automatically dole out basic attacks once they are in the general vicinity of aggressors, with a press the left bumper drastically slowing down time, permitting players to assign specific attacks from an action wheel. Although players may often freely switch between their teammates, the title rarely requires any type of tactical planning or coordination. Habitually, battles boil down to using specials to either knock down, bleed, or set opponents ablaze. While this might be acceptable if the game animations expressed the visceral nature of warfare, combat feels like a war of attrition with combatants gradually whittling away at each other’s health bar. Enemy AI is questionable, with archers unwilling to seek defensive quarter and foes swinging wildly at out of range characters. Occasional boss fights will send Westford or Sarwyck fleeing enemies as their special attack gauge refilled, endowing the title with an incongruently comical tone.

Aesthetically, Game of Thrones is ambitious, offering impressively detailed interpretations of Knight’s Landing or Castle Black. Many of the illustrations of the 64-page hardbound book which accompany pre-orders of the game demonstrate the determination of Cyanide’s skilled art team. However, the occasional underground foray will oblige the use of the in-game local map, as it’s all too easy to get disoriented amidst the drab, homogenous interiors of sewers and dungeons. Sonically, the game’s voice overs are routinely proficient, save for a flat reading or two. Less adept is the incorporation of a musical score, which routinely divulges its looping points. 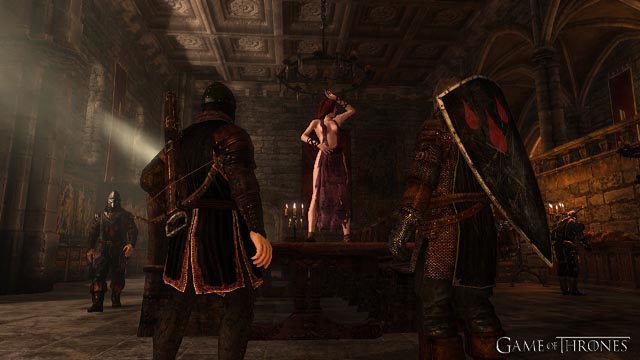 The console adaptation of Game of Thrones is upheld by two virtues: a wonderfully winding storyline which complements Martin’s prose as well as the occasional euphoric sensation instigated by stepping into an interactive version of Westeros. Regretfully, those merits are sporadically sullied by the game’s tedious and simplistic combat as well as the intermittent graphical glitch. Yet, for players seeking a reprieve from the stereotypically chivalrous and chaste world of most fantasy role-playing games, these will likely seem part and parcel of A Song of Fire and Ice’s imperfect world.

Previous: Podcast 10-6: Of Zombies and Zelda Proposals
Next: New Releases for the Week of May 20th, 2012