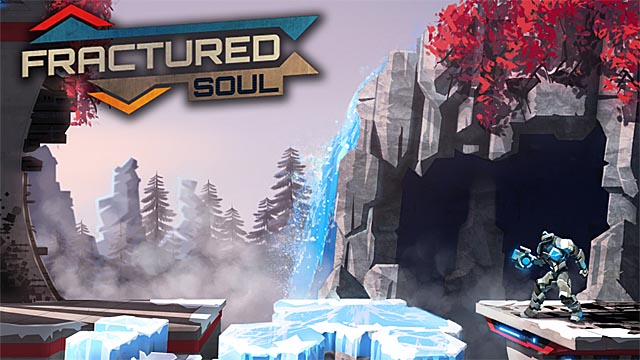 What is the concept? Recalling the form-swapping duality of Treasure’s Ikaruga and Housemarque’s Outland, recent eShop release Fractured Soul reinvigorates a conventional genre with the use of a single, enthralling mechanic. At its core, the title’s sprinting, springing, and shooting elements pay homage to Mega Man, particularly in the decree of horizontal-only firing by the player. With most stages offering a remarkable degree of verticality, players can expect to scamper up countless ladders while taking aim at any adjacent aggressors. Additionally, the ability to double-jump allows the cybernetic protagonist to clear the game’s procession of precarious gaps.

Yet what separates Fractured Soul from most action-platformers is the game’s utilization of the 3DS’s dual screen, which presents a similar perspective on both the top and bottom displays. A press of either shoulder button alternates between the two depicted dimensions, shifting the lead character between viewpoints, while a spectral outline persistently indicates his position on the inactive screen. Minor differences in the two realities become the focus of the title’s gameplay, tasking gamers with shifting standpoints in order to elude an encroaching force field or to rapidly alternate between screens as they bound across sequences of interdimensional podia. 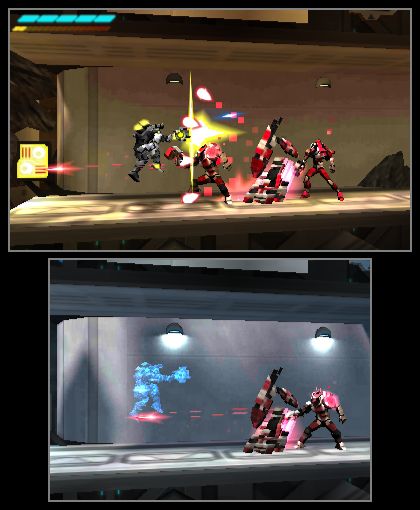 What are the game’s strengths? Much like indie darling VVVVVV, Fractured Soul’s level design requires players to consistently consider the power of their toolset. Although enemy bullets can be leaped, it’s far easier to discharge a few shots, before transferring to the other screen for a satisfying evasion. Many foes can be bypassed altogether with a little creativity, which not only feels slickly gratifying- but is one of the best methods to reduce your playtime on each of the game’s thirty levels. Agreeably, a press of the ‘X’ button on the stage select screen gives way to a robust leaderboard component, flaunting the records of friends, local players, as well as the world’s fastest.

A satisfying amount of variety help to offset tedium through the game’s protracted playtime. Some levels pay direct homage to VVVVVV by inverting gravity while underwater stages modify the game’s physics in remarkable ways. Even more distinctive are the title’s sporadic space-based levels, which transform the platformer into an engaging shmup. As players grow accustomed to Fractured Souls’ variety, they’ll likely appreciate the game doesn’t require stage memorization but rather a state of steady mindfulness. While the title can be challenging at times, a liberal selection of checkpoints and an endless amount of lives help to prohibit the bane of frustration. 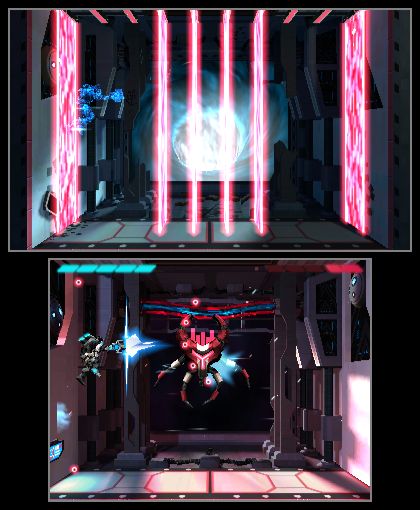 What are the game’s weaknesses? To accommodate Fractured Soul’s distinctive mechanic, some concessions has to be made. As such, the higher resolution of the 3DS’s top screen is curtailed to match the visual fidelity of the bottom display. Likewise, displaying only one of the game’s reality in three dimensions would spoil the sense of duality, therefore, the title is confined to 2D output. Despite those impediments, the title’s polygonal environments are clean and well-rendered, while furnishing a steady 30 frame-per-second delivery.

Even on Nintendo’s newly revised 3DS XL, the shoulder buttons on Nintendo’s portables are a bit mushy, making rapid presses feel a bit unresponsive. Regretfully, the title doesn’t allow player to remap their controls, forcing gamers to adapt to the sub-par input scheme. While it’s a minor quibble, for players focused on beating the game’s irrationally difficult par times (which seem closer to world records), a bit more flexibility would have been welcome. 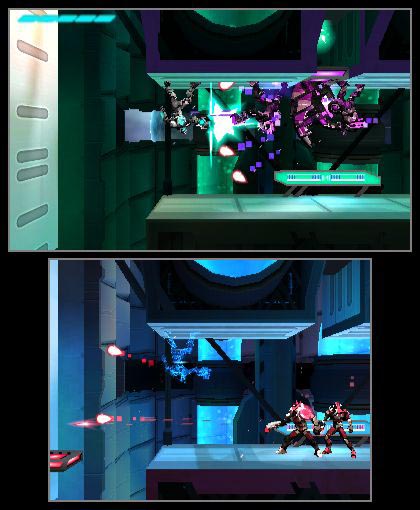 Is it worth the money? At $11.99 USD, Fractured Soul is certainly one of the more pricey eShop offerings. However, considering the amount of content and refined playability, the title does compare favorably against many of its Game Card-based peers. For 3DS owners yearning for a new interpretation of time-tested old school sensibilities, a purchase of Fractured Souls isn’t likely to disappoint. The title is yet another solid performer in the eShop’s burgeoning library.