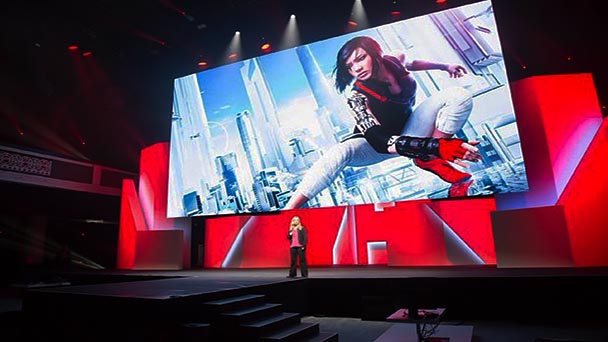 Electronic Arts was in an interesting position before their E3 showing; similarly to Bethesda, most gamers were eagerly awaiting news for one title and cared very little for whatever else they may have had in store. Bethesda saw this as an opportunity, offering a strong, if safe line-up and culminating the experience by showing off as much as they could of Fallout 4, a strategy which seems to have worked. Electronic Arts, attempted a similar style, letting everyone know Star Wars Battlefront would only be shown towards the conference’s tail end. Sadly, their line-up had little show and was poorly presented.

The Gathering opened with a cinematic teaser for Mass Effect: Andromeda which provided no information or context other. All we know is that it exists and is currently under development. For an opening act, this wasn’t very impressive considering Electronic Arts already went on record several times we’d see further titles in the franchise.

This was soon followed by a promising-looking Need For Speed title. I’m generally not a racing fan, but the gameplay trailer was beautiful featuring fast, arcade-like action reminiscent of Burnout. It’s rare when a racing game interests, but Need For Speed managed to do it. 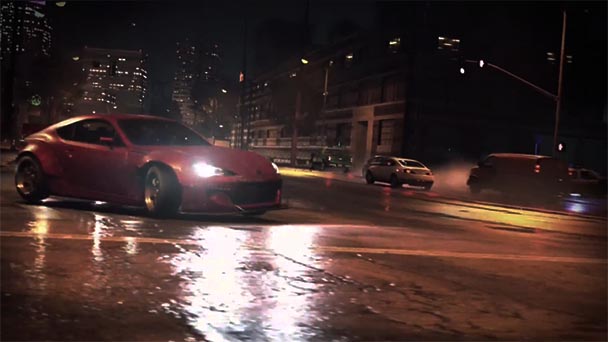 Bioware made a second appearance, this time for Knights of the Fallen Empire, a Star Wars: The Old Republic expansion pack which will be free for all subscribers. It promises new worlds to explore, additional companions as another enemy faction joins the game’s lore.  Yet again, no gameplay was shown.

The greatest surprise in this conference came in the form of an indie puzzle platformer. Unravel and its creator, Martin Sahlin were a breath of fresh air as he nervously and awkwardly discussed his game. For an expo which has become synonymous with over-exaggerations, and staged dialogs this offered a genuine, calming. Hearing Martin discussing the inspiration behind his title, going as far as to pull out a yarn doll of the main character mid-presentation was perhaps the most charming moment this E3 had to offer. Better yet, we were shown actual gameplay featuring a beautiful art-style and soundtrack.

With this honest moment over, EA wasted no time in returning to its regular schedule with Plants Vs. Zombies 2: Garden Warfare. When this title was shown at Microsoft’s E3 I could almost hear the internet groaning, this time however we were treated with a gameplay video. My expectations for Plants Vs. Zombies 2 were naturally low, perhaps this is why I was pleasantly surprised. Essentially an online shooter, players can choose from different classes, but what truly carries this experience is its art style and humor. Never would I have expected to be saying this, but Plants Vs. Zombies 2 looks like a fun romp and I’d probably play it. It’s not something I’d spend too much money on, but it’s the sort of game I would definitely play with my nephews.

EA’s sports line-up made an appearance of course, including NBA Live 16, NHL 16, FIFA 16 and NFL 16. They even brought Pelé and had him discuss his philosophy on soccer/football for a segment which honestly lasted longer than it should have. It was at this point an already slow conference came to a grinding halt, not only were these segments uninteresting, Pelé’s conversation didn’t even properly segway into FIFA. It felt more like an abrupt change rather than a natural progression.

With the sports line-up done, the conference focused on the mobile platforms, the first being a Star Wars themed mobile collectible card game. The second title shown was Minions Paradise, a management simulator based on Despicable Me’s minions, complete with an assortment of mini-games. It looks about as good as expected.

Mirror’s Edge: Catalyst was also shown off through a heavily edited gameplay video. Promising a free-roaming experience, this prequel title will offer no loading screens or levels as players learn Faith’s origin story. I wouldn’t advise blinking considering how short the trailer’s gameplay segments are. 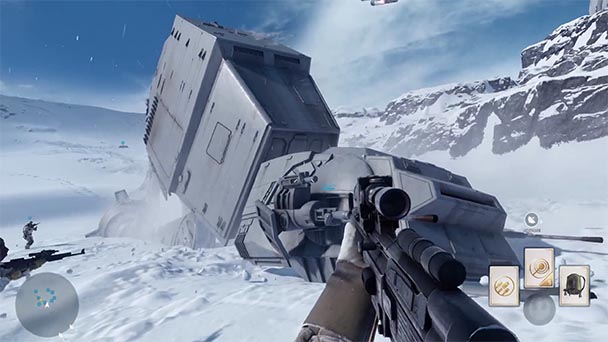 Finally, as the conference drew to its final act, we were presented with a fully functional demo of Star Wars Battlefront. After a myriad of yearly sports titles, trailers which barely served their purpose and mobile unimpressive mobile games, my expectations had been sufficiently lowered. Fortunately, I can safely say Star Wars Battlefront looks very impressive. The demo shown takes place during Episode IV’s battle of Hoth and it accurately recreates the intense action sequences found in its source material. Controlling vehicles seem like a massive improvement over previous iterations and the AT-AT are menacingly enough.

I still hold several reservations due to previously announced missing features such as space battles, galactic conquest modes and lack of a single player campaign. Regardless, what is shown here is impressive, making Star Wars Battlefront and the previously mentioned Unravel the highlights of an otherwise dreary conference.