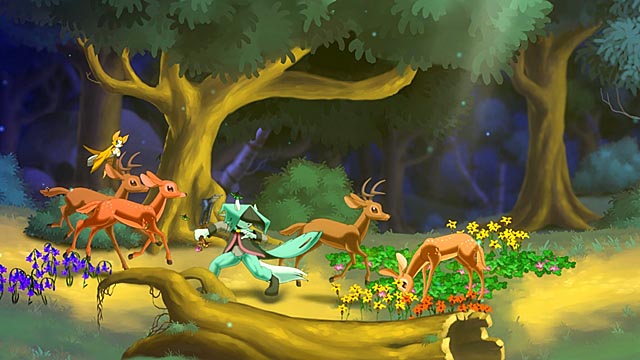 What is the concept? Whereas both Castlevania: Lords of Shadows and Metroid: Other M offered serviceable adaptions of their respective franchises, many agreed that both series’ best entries were delivered during the ‘90s. Published before polygons became the dominating rendering method, console titles such as Castlevania: Symphony of the Night and Super Metroid delivered 2D worlds free from the burden of camera control. Moreover, they demonstrated that well-drawn sprites could be wonderfully evocative, flaunting an expressiveness that wouldn’t be available to polygon characters for years to come.

Masterfully, this year’s concluding Summer of Arcade title, Dust: An Elysian Tail reminds players of the virtues of the bit-mapped era. Carefully mirroring the tenets of the exploration/action genre, the title complements its gratifying combat with light role-playing elements. Following formula, seemingly insurmountable districts deny access, at least until the ability to double-jump or clamber up hanging vines is uncovered. As such, Dust taps into a number of primordial cravings, from locating hidden treasure caches, scouring maps for inferential paths, and decimating swaths of cantankerous foes. Coupled with a sumptuous hand-drawn aesthetic, the title has the ability usher players back to a time when the scroll of a screen unveiled a sense of wonderment. 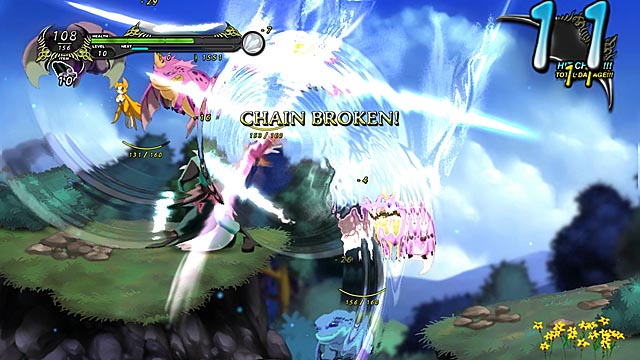 What are the game’s strengths? Whereas definitive ‘Metroid-vania’ games often offer simple skirmishing systems, Dust’s combat echoes the combo-driven clashes of contemporary titles like Devil May Cry or Bayonetta. The game’s eponymous hero is armed with a talking sword named Ahrah, capable of dispensing several strings of staunch ferocity. Throughout your journey, you’ll also be accompanied by Fidget, a flying fox-like creature, who claims to be the blade’s guardian. She’ll supplement your sword strikes with a few feeble projectiles, capable of plinking away at a foes lifebar. Satisfyingly, a press of the “Y” button sends your weapon spinning, flinging Fidget’s shots careening wildly around the screen, swelling amounts of damage, as an on-screen combo meter ticks away wildly.  In execution, this amalgamation of arms is every bit as visually dazzling as it is devastating, resembling a giant disco ball of death. Wisely, An Elysian Tail constrains its use, requiring the protagonist to fill a meter with melee combat before unleashing a whirlwind of fury. The sole caveat about combat is that is doesn’t radically change- Dust retains the same weapon through the entire adventure, while Fidget’s arsenal only presents a handful of variations.

An Elysian Tail’s other virtue is the game’s hand-drawn, spite-based aesthetic, which exudes anthropomorphic charm. Both fuzzy friends and reptilian rivals are rendered with meticulous care and a bountiful number of animation frames, endowing the game with an undeniable allure straight out of Disney’s golden age. Small touches like an ear scratch by a cuddly rabbit, the sinewy stride of a pack of deer, or the way homogeneous objects are drawn with a bit of distinctiveness make the game a visual feast. Animated character portraits which fill the side of the screen are especially remarkable, easily outsizing the stagnant pictographs found is most games. Players who explore each alcove of the well-designed world are treated to one other visual perk, with cameos by a number of industry notables. 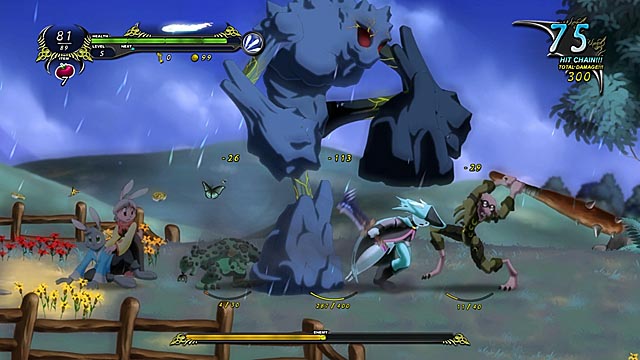 What are the game’s weaknesses? Boss battles with enormous adversaries are a requisite component of the exploration/action genre, extending showdowns which test a player’s skills, character growth decisions, and prudence to stock up on healing potions. With Dust, critical encounters are fought with only slightly larger foes who use a very limited number of attacks against the player. As such, these showpiece confrontations lack verve, flattening the title’s cadence. Similarly, the title’s crafting system- which tasks players with collecting blueprints and material to construct stat-boosting particulars is a bit too cushy. As soon as gamers fashion a single item, the technology becomes replicated throughout the gameworld, available from each shopkeeper. While a seemingly thoughtful decision, the choice helps reduce some of the challenge of an already tranquil title.

Although many will find charm in the game’s furry-friendly graphical style and stirring sprite animations, a few are likely to take issue with the game’s backstory and voice-acting. Although amnesia seems like a suitable plot device for a game inspired by Japanese darlings such as Symphony of the Night, Muramusa and Odin Sphere, it’s likely that gamers will feel the game’s impetus is clichéd. Fortunately, the title does provide the occasional dose of whimsy during a number of its side-quests. Less redeeming are the game’s vocal performances, which fail to match the game’s virtuous visual style, offering amateurish and sporadically shrill spoken dialog. 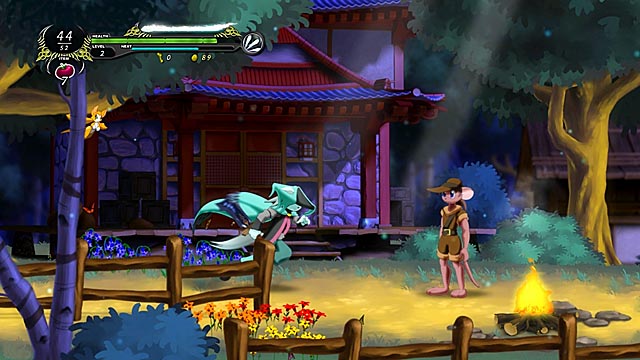 Is it worth the money? By and large, noting Dust: An Elysian Tail’s weaknesses is like slagging Altdorfer’s The Battle of Alexander at Issus for its chipping paint. The game’s merits far outweigh any superficial blemishes, especially when the title’s coding and art is the work of a single auteur- Dean Dodrill (aka Humble Hearts). Proposing twelve to fifteen fun-filled hours for fifteen dollars, An Elysian Tail is the sole Summer of Arcade entry that’s not to be overlooked. As both an engaging contemporary title and a reminder of gaming’s past, Dust is an essential purchase for 2D aficionados.