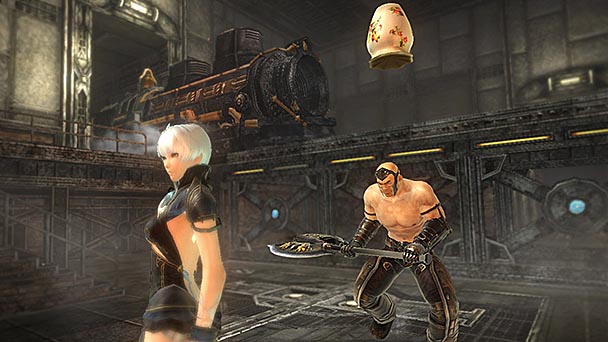 One prevalent trend in contemporary gaming is the revival of once-popular retro titles. Mercifully, the practice has proved successful enough to spur the revitalization of several lesser-known properties. Built around a premise where players constructed sequences of sadistic, violent traps, Tecmo’s Deception franchise would likely fall into that second, more obscure, category. While a bit too dark to earn mainstream appeal, the title’s ghoulish Rube Goldberg-esque contraptions were captivating enough to generate a fervent cult following. Released nearly a decade after the last series’ entry, Deception IV: Blood Ties adeptly brings the franchise up to date- modernizing the visual output, tweaking play mechanics, and adding a variety of modes in an effort to lure players into its fiendish confines.

The PlayStation 3 and Vita versions of the title are content comparable, each extending an offer to learn the nuances of Blood Ties though an optional, ten-part tutorial. While the lessons take the time to explain many of the nuances, the game’s introductory stages also impart the essentials- allowing eager gamers to get right into the bloodshed. Whichever method of instruction a player chooses, they’ll discover that each stage in Deception extends a similar objective. Instead of assaulting threats directly, the protagonist lays down a variety of ensnarements designed to send assailants through sequences of agony and embarrassment-inducing torture. In execution, it’s what Konami’s lackluster Saw titles should have been. 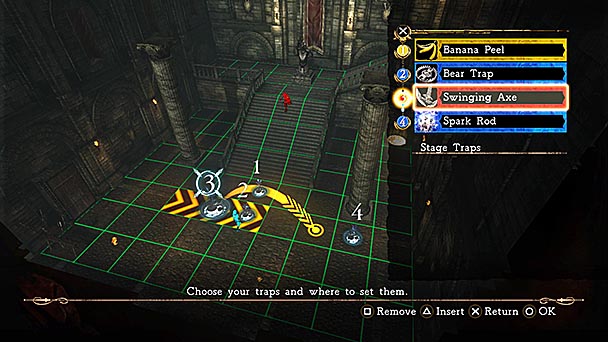 Giving context to the cruelty is Blood Ties storyline- told through character portraits and expositional description. Players learn that a group of twelve do-gooders have defeated the devil, binding Beelzebub with an artifact known as the Holy Verses. To prohibit the great fiend from regaining freedom, the scared text was split into a dozen pieces, with each fragment given to a safeguarding saint. As the devil’s daughter, it’s your job to lure the twelve guardians into a castle, before dispatching each one Grand Guignol-style.

Accompanying you on this endeavor are Caelea, Lilia, and Veruza- a trio of demon goddesses who represents the trinity of torture: intricacy, humiliation, and pain. Although players might assume the provocatively-dressed trio are mere fan-service, their incorporation ends up enlivening Blood Ties’ campaign. Between belittling the adventurers who walk into the title’s ambush areas and congratulating players on their barbarous behavior, the goddesses’ become provocateurs, goading players into action. Although Blood Ties has a constrained number of enemy character models, each is endowed with personality- exhibiting strengths, weaknesses, a bit of backstory and often darkly comical death quotes. 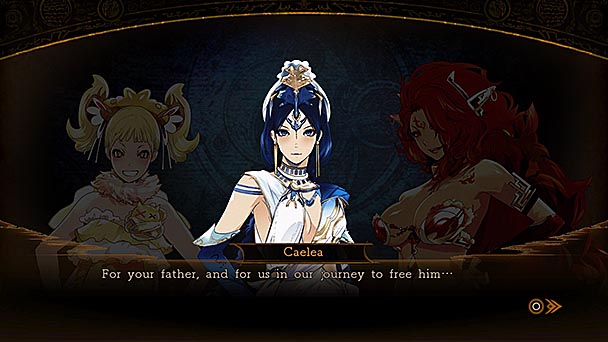 Cleverly, this sense of humor spills over into gameplay. Although violent wall, floor, and ceiling traps are capable of inflicting mortal wounds, there are also more comical ruses- such as a plummeting pumpkin head which dazes characters or even a bit of slapstick, from a well-placed rake on the floor. Much of Deception’s enjoyment emanates from activating these devices in a well-timed sequence, sending characters through a montage of savage mayhem. Pleasingly, Blood Ties adapts the triggering techniques of its predecessors, which used the face button of a controller to set off each trap. Now, players use a single button and can switch between devices with a tap of the directional pad.

The game’s other virtue is its sense of autonomy. Smartly, Blood Ties rarely requires a very specific type of trap to exterminate an enemy. Instead, the game presents players with a pleasing arsenal, pausing the action until there are satisfied with their contraptions for cruelty. To give nuance, some foes have armor that protects against certain types of traps or inherent weaknesses, but the title rarely feels as if there’s only a single way to dispatch an opponent across the game’s four milieus. Another of Blood Ties virtues is the game’s eschewing of additional purchases. While the title is filled with unlockable traps, costumes, and perks, each amenity are earned through play rather than through pay. 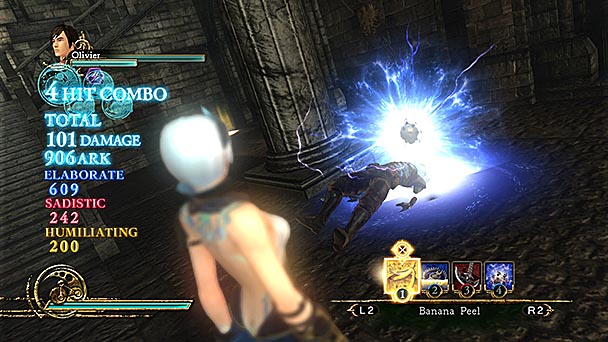 Aesthetically, the console and portable versions of Deception IV are comparable, with both offering a solid framerate and reasonably detailed environments and character models. While the larger display afforded by the PlayStation 3 iteration allows for improved enemy tracks, PS Vita owners aren’t at a complete disadvantage, with shoulder buttons are to lock onto and zoom in on moving enemies.

While a cross-buy promotion would have undoubtedly enticed players, Blood Ties offers no discount for the purchase of both versions. That said, the game does demonstrate cross-save functionality- permitting players to transfer progress via the cloud. Pleasingly, both versions extend a variety of play modes beyond the main campaign, from a sandbox-style free mode, 100 challenge missions, and even a Quest Creation mode which allows gamers to design their own scenarios. Satisfyingly, user-made stages can be shared with other players via an online component which spans both versions. Sonically, Blood Ties made no attempt at offering an English dub, which is probably for the best considering the scream-heavy dialog. 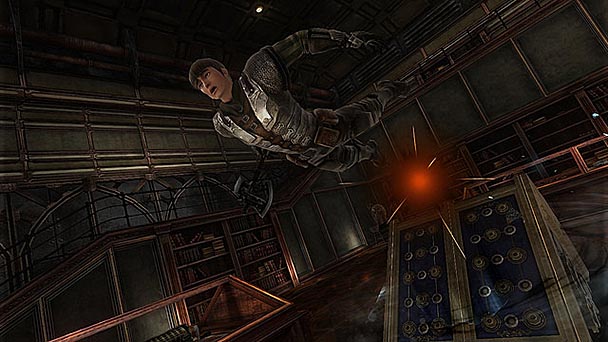 After years of being forced to complete unfulfilling errands for bossy NPCs, being able to castigate characters feels refreshingly cathartic. Deception IV’s other indulging element can be found in the construction of diabolical traps and the succeeding performances of grisly pain. While these actions might seem a bit mean-spirited, Blood Ties’ stages are so engaging, that even the most genial gamer might relish being the bad girl for a change.

Deception IV: Blood Ties was played on the PlayStation 3 and PS Vita with review code provided by the publisher.

Deception IV: Blood Ties Review
One prevalent trend in contemporary gaming is the revival of once-popular retro titles. Mercifully, the practice has proved successful enough to spur the revitalization of several lesser-known properties. Built around a premise where players constructed sequences of sadistic, violent traps, Tecmo&rsquo;s Deception franchise would likely fall into that second, more obscure, category. While a bit too dark to earn mainstream appeal, the title&rsquo;s ghoulish Rube Goldberg-esque contraptions were captivating enough to generate a fervent cult following. Released nearly a decade after the last series&rsquo; entry, Deception IV: Blood Ties adeptly brings the franchise up to date- modernizing the visual output,&hellip;

Summary : Equal parts gruesome and gratifying, Deception IV: Blood Ties has the potential to lure players into its sadistic subterfuge. Maybe it’s a case of Stockholm Syndrome- but I don’t feel like leaving anytime soon.