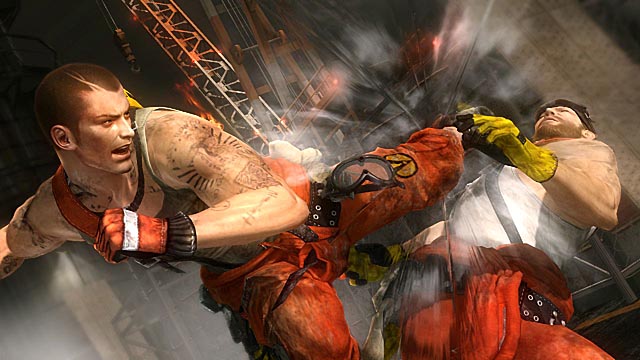 Following Tomonobu Itagaki’s departure from Team NINJA in 2008, the Toyko-based development team has irrefutably struggled. From the superfluous changes and reduction of viscera made to Ninja Gaiden Sigma 2 as well as the critical and commercial disinterest toward both Metroid: Other M and Ninja Gaiden III, the studio’s post-auteur efforts have failed to cultivate much of a following. Between the developer’s deescalating momentum and a gaming landscape packed with an array of proficient fighters, it would seem the prognosis for Dead or Alive 5 might be woefully distressing.

Yet, by focusing on the franchise’s core tenets: taut, visceral mechanics and an indulging quantity of lascivious jiggle, the title is able to aggressively compete against its pugnacious-minded peers. Save for a few, intermittent problems with the game’s net code (edit: largely remedied with the game’s most recent patch) and some truly awful English voice-overs, the Yosuke Hayashi-helmed sequel suggests a critical recovery for Team NINJA. 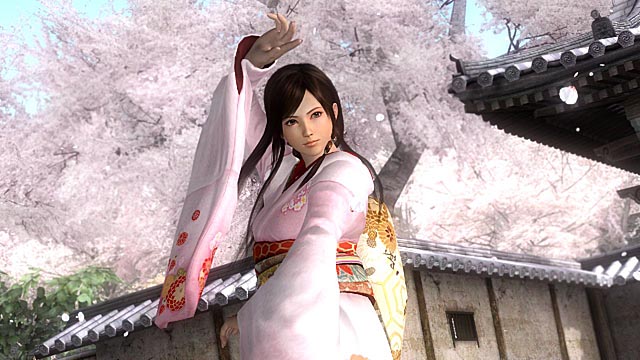 Unmistakably, the studio carefully studied the accomplishments of their competitors. The game’s seventy-one chapter Story Mode recalls the engaging main campaign provided by the 2011 reboot of Mortal Kombat. Blending delightfully cheesy cinematics which unite the game’s curious roster of competitors, players sporadically square off to settle their differences on the journey to the fifth Dead or Alive tournament. Functioning as an orientation to each character’s play style, the mode is also elevated by the addition of secondary objectives, which covertly instill the virtues of combos and counters during the four-hour journey.

This component also helps to impart the fundamentals of DOA 5’s Rochambeau-like Triangle System, which endows every move with an inherent strength and weakness. Here, strikes overcome throws, holds take priority over punches and kicks, and throws overwhelm holds. When combined with nuances such as a quartet of hold positions and the ability to sidestep, Dead or Alive 5 attains the franchise’s recurrent sweet spot, blending lightning-fast fighting with an intuitiveness not exhibited by title’s with more convoluted combat systems. Masterfully, clashes in DOA 5 often resemble carefully choreographed filmic fight scenes, rather than hysterical matches of unruly marionettes. 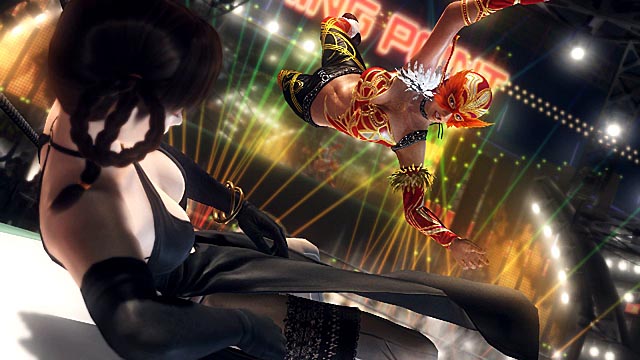 Augmenting the intensity of most rounds are the changes made to the game’s milieu. Most stages are multi-tiered, allowing players to send opponents on imposing, damage-dealing drops. Other locales are loaded with spots which issue up additional suffering- from a demoralizing shock issued by an electric fence, missile strike incurred by bumping into a tank and even getting pummeled by a plunging car. While there’s certainly sadistic exhilaration to be found when pushing other players into these ensnarements, DOA purists have the option to turn these elements off.

Yet, even when players are on the receiving end of devastating amount of damage, the title permits the possibility of riposte. DOA 5’s Critical Burst system is a technique that when landed puts opponents into a helpless state, providing the possibility of inflicting a match-winning combo. There’s also the Power Blow which can only be initiated when a player is blow half of their health. Utilizing this tool, players can easily turn the tide of battle as they combo foes before propelling them into an environmental hazard. 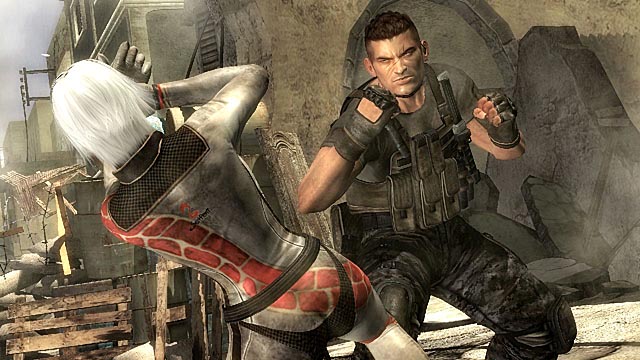 Beyond the supplements to combat mechanics and the sophistication of stages, Dead or Alive 5 gives players additional reasons enter the fray. New faces to the schedule include MMA prodigy Mila, and an off-shore foreman, fatefully named Rig, as well as Akira, Pai, and Sarah from the Virtua Fighter universe who are available for play in both regular and tag matches. Advancing the series’ trademark fluidity, DOA 5 is tirelessly lithe, flaunting some of the most graceful animations in any contemporary fighter; save for the rare dropped frame the game is a sumptuous looker. Even the game’s emblematic breast physics have been enhanced, eliminating the eyesore of independently moving mammaries. The title’s sole aesthetic blemish is its audio output. The game’s voice-over track should be immediately switched to the native Japanese option. Regretfully, no adjustments can be made to the game’s driving, but ultimately forgettable musical accompaniments.

Dead or Alive 5’s real virtue its scalability, accommodating novices to fighting game fanatics. From a variety of skill levels and tunings that remove much of its predecessor’s inhospitality to a practice mode which offers enough information to gratify tournament-level players, the game is capable of captivating a wide audience. Although Team NINJA’s post-Itagaki output have been decidedly mixed, DOA 5 proves that the studio has the potential to produce games which match their previous, paramount efforts. 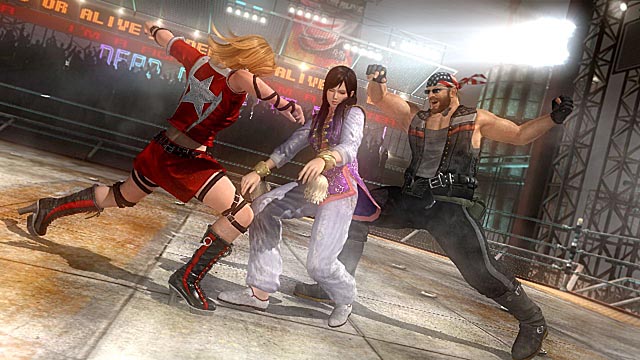