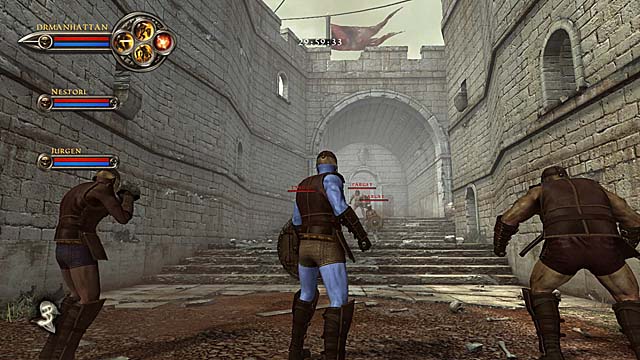 In the 2000 film Gladiator, condemned General Maximus Meridius is stripped of his rank and forced into hand-to-hand battle in the Roman coliseum. After reluctantly dispatching an opponent, the protagonist offers the movie’s most memorable query, asking the bloodthirsty crowd of spectators, “Are you not entertained?” For PC gamers who pick up the recent release of Clan of Champions, developer Acquire’s (Tenchu: Stealth Assassins, Class of Heroes) arena-based hack and slash, the response to Maximus’ question is most likely going to be a tepid, “sort of”.

Drawing inspiration from Ridley Scott’s epic as well as the intermittent madcap moment of Acquire’s own Way of the Samurai series, Champions straddles the gap between sincere and silly. One moment you’re urgently scanning the environment for a defensive implement and the in the next you’re dual-wielding helmets to bludgeon an orc into senselessness.  Before those things happen, players are offered a text-based backstory which suggests R.A. Salvatore penning the next Call of Duty plotline. Here, the Kingdom of Ematrias in stark opposition to the Al-waav Urban Allied Forces, with the standoff bringing mercenaries from both factions into battle in a unpopulated city. However, within minutes any plotline posturing is deserted, as the game settles into its two core mechanics: combat and loot management. 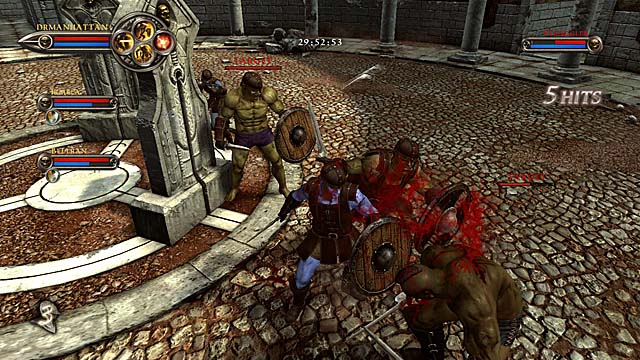 After choosing a race from one of the game’s three selections – elf, orc or human, players mold their avatar from a small section of presets and distribute supplemental stat points into four areas. Additionally, players determine which of the three fighting styles their character will use, with options for close combat, dual wielding, as well as the requisite sword and shield approach. Each combat form has its own set of skills available to players once they gain combat experience, even allowing a bit of fireball hurling amidst the otherwise melee-based proceedings. Pleasingly, gamers aren’t locked into a set combat style and are allowed to explore the game’s fighting forms.

Once a champion is formulated and an optional tutorial is completed, players step into the gladiatorial area for both glory as well as the chance to acquire low-cost equipment. Missions are largely homogeneous, each pitting the player and two AI opponents against a slew of enemies which enter from each stage’s alcoves. Combatants choose from three different attack zones: head, torso, and legs with strings of strikes to one area delivering devastating, equipment-breaking combos. Both the players’ and opponents gear act as tenuous defensive buffers- meaning that too many strikes to the cranium will knock a helmet right off. In execution, champions close to defeat are often running around the arena in their skivvies, which adds a bit to levity to Clan of Champions otherwise serviceable, if unremarkable battles. Considering the game’s roots in gladiatorial lore, the game would have benefiting from having an active audience, giving a thumb gestures to articulate the fate of a downed opponent. As the very least, a selection of finishing moves would have been welcome, especially since the game doesn’t shy from blood splatter. 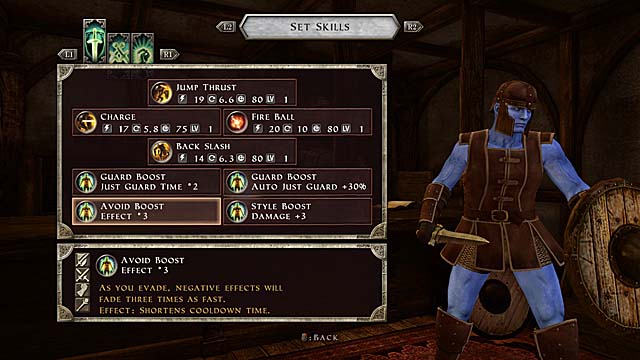 For veteran gamers it won’t take long before the game’s code of combat is unencrypted. Keeping a steady guard until an opponent attacks, then unleashing a shield-smashing combo, and finishing off this a volley of unrequited violence is a dependable system to dispatch enemies. Regretfully, one of the biggest barriers in the distribution of beat-downs is the game’s own AI opponent. Often assistants will get in the middle of fracas; when coupled with the lack of ally assaults in the single-player game, your buddies will inadvertently protect adversaries.

While foes do increase in ferocity and variety, the ease of combat weakens Champions character building and loot management components. Since each round ends with equipment strewn across the arena, the game obviously wants players to studiously select their gear. However, the benefits of better weapons, shields, and armor are also mitigated by a cumbersome menu system that makes identifying the best gear rather unintuitive. Woefully, the cornucopia of comparable items Clan of Champions bequeaths after every match sullies the sensation of unearthing an item that feels exceptional. 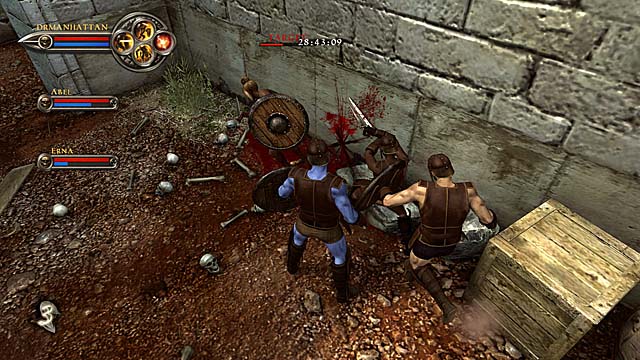 Beyond the title’s single-player skirmishes, Champions also supports online cooperative and competitive matches. While the game’s servers are were worryingly desolate, battles with other human proved to be significantly improved, with flesh-and-blood opponents exhibiting little of the mindlessness shown by CPU-controller characters. Here, clashes produced groups of warriors who worked together and engaging encounters that effectively utilized guarding and attacking.

Although Clan of Champions doesn’t require the unfettered powered of bleeding edge PC, those with a robust rig may feel the title doesn’t attempt to exploit the capabilities of their system. The sole visual option is the decision between full-screen and windowed output, with neither the ability to change the game’s resolution or apply anti-aliasing. While the game supports an Xbox gamepad, players might find a combination of controller of keyboard the easiest method to navigate through the title’s unwieldy menus. 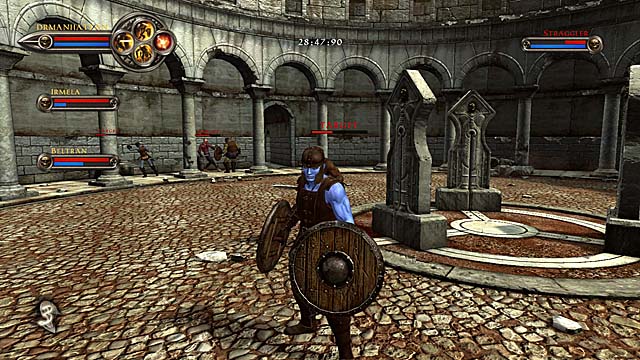 With AI that fails to make combat stimulating, Clan of Champions works best as a three-on-three online brawler. Unfortunately, there’s a dearth of net-based participants, making the game’s best component the one that’s also the least actualized. As it stands, the title’s $39.99 price on Steam seems to be a barrier of entry for budding battlers; hopefully, a price-cut will ensnare additional gladiators into Clan of Champions vacant locals. Until then, it’s difficult to advise a full-priced admission ticket to this competition.