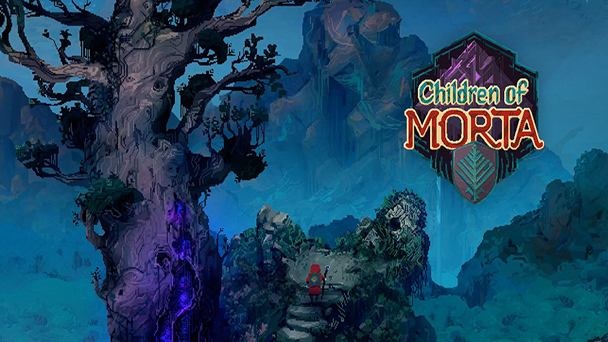 Family isn’t a prevalent theme in gaming. Sure, titles like God of War, The Last of Us, and Metroid Other M are built around parent-progeny relationships. But most titles don’t depict an extended family, all working together toward a shared goal.

The opening cinematic of Children of Morta reveals the members of the Bergson family brought together through cataclysmic crisis. Meticulously animated pixel art details the journey of the clan’s grandmother, who uncovers a deadly corruption spilling from Mount Morta. As longtime guardians of the land, The Bergsons band together, relying on their abilities to rid the land of the proliferating plague. 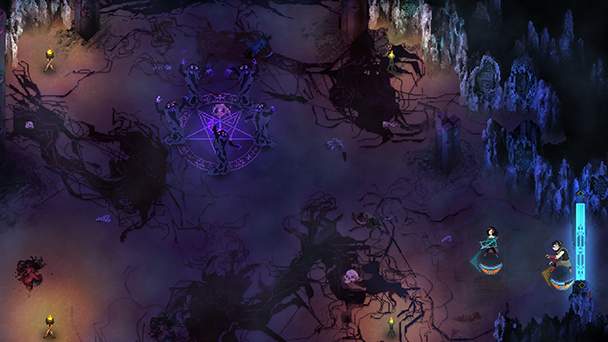 Initially, you’ll control John, the Bergson’s patriarch. As a burly warrior armed with sword and shield, he’s the tank of the family. While the reach of his blade is rather limited, he is rather resilient toward damage. His daughter Linda is the opposite. With her bow, she’s able to strike at adversaries across the screen. Her reach is advantageous, as she’s prone to losing health from encroaching enemies. John’s son Kevin is adept with knifes, while the family’s youngest, Lucy, has a fondness for fireballs.

In the hands of a less skilled developer, the Burgsons could have been just another collection of high fantasy archetypes. But Dead Mage, the studio who crafted Children of Morta, weaves a storyline that depicts the intricate relationships between children, parents, and extended family. Each has their own motivation and demonstrates characteristics that are independent from your core objective, fleshing out each family member. Hell, even your upgrade-vending uncle, gets a noteworthy backstory. 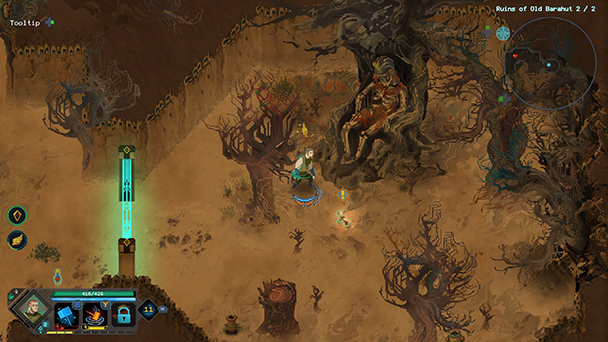 Commentary by a skilled narrator endows Children of Morta with a comforting fairy tale feel. Elsewhere, design decisions like shunning a conventional menu for an overhead depiction of the Bergson’s homestead add to the quaintness. Certainly, Dead Mage isn’t shy about plucking the heartstrings. A succession of missions where you rescue, heal, and build a small house for a wolf cub could have concluded with a perfunctory bit of text acknowledging your labor. But instead, the orphaned pup becomes a part of the household.

Sure, the action can feel a bit derivative and it takes time to learn how to get a handle on controlling each family member. Across the game’s procedurally-generated areas, you and an optional co-op partner will explore a trio of environments. Before you’ve augmented a family member, confronting enemies often means a cycle of attacking and then retreating during cooldowns. But gradually, you’ll earn experience that can unlock active and passive skills from a tech tree. Pleasingly, money gathered by defeating monsters can be used for communal benefit. Here, upgrades assist the entire family, eschewing the need for grinding up each Bergson. 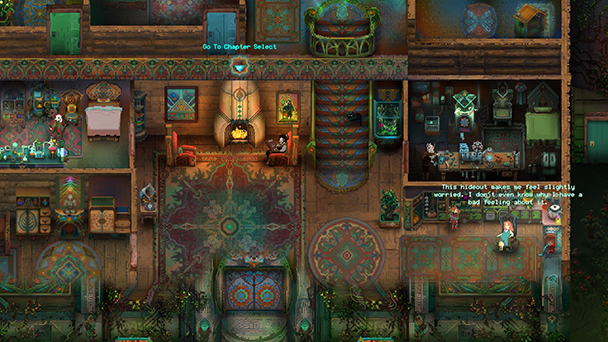 That said, you’re discouraged from acquiring a favorite family member. Periodically, the corruption will contaminate someone, compelling a bit of rest while another Bergson takes the lead. And while Children of Morta adheres to several rogue-like tenets, death isn’t punished. When your character is killed, you’re sent back home, without any kind of monetary or experienced-based penalties.

Children of Morta’s cycle of selecting a member, venturing into environments, and confronting the sporadic boss is mostly gratifying. Occasionally, you’ll stumble upon rooms that push the game into curious directions, like a Pong mini-game against a robot buried in the otherwise Tolkien-esque world. But discovery almost always pays generous dividends. You’re typically rewarded with a random piece of loot that’s far more useful that the conventional inconsequential stat boosts. From an AI drone that attacks creatures to a through boost to your movement speed, these perks are quite handy, pushing players into comprehensively exploring each area. 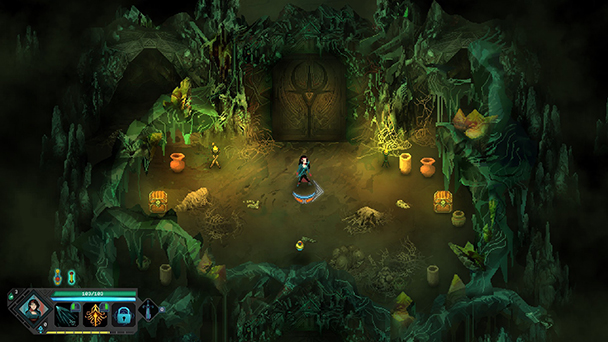 While a developer makes the determination to employ pixelated visuals, the choice if often contentious. But with Children of Morta, the choice seems wholly defensible. Detailed sprites or elaborate polygons might have clearly shown each family member. But they also would have removed the deliberate ambiguity of the Bergsons. Like an impressionistic painting, the player’s mind fills in the details, allowing imagination to help shape the lore.

Typically, rogue-likes offer skeletal stories. But here, the title provides a compelling impetus for the cycle of creature killing. Of course, it wouldn’t matter if the core gameplay wasn’t enjoyable. But Children of Morta’s combat is creditable, thanks to random perks, skill trees, and monster AI that contributes variability.

Children of Morta was played on PC with review code provided by the publisher.

Children of Morta review
Family isn&rsquo;t a prevalent theme in gaming. Sure, titles like God of War, The Last of Us, and Metroid Other M are built around parent-progeny relationships. But most titles don&rsquo;t depict an extended family, all working together toward a shared goal. The opening cinematic of Children of Morta reveals the members of the Bergson family brought together through cataclysmic crisis. Meticulously animated pixel art details the journey of the clan&rsquo;s grandmother, who uncovers a deadly corruption spilling from Mount Morta. As longtime guardians of the land, The Bergsons band together, relying on their abilities to rid the land of the&hellip;

Summary : Children of Morta turns the twin-stick, rogue like into a family affair. Smartly, the tropes are downplayed and the enjoyment is cranked up, making for a standout title in a crowded sub-genre.