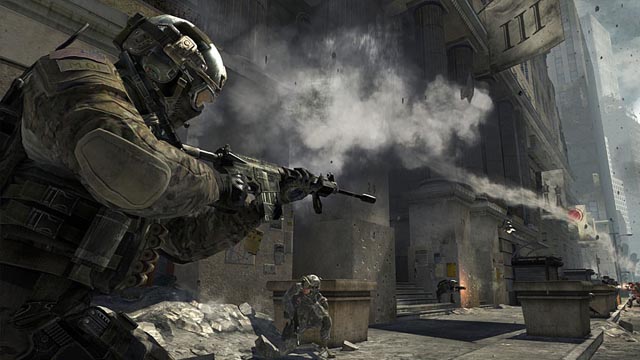 Much like the franchise’s resolute protagonists, Call of Duty: Modern Warfare 3 has faced an army of adversity and emerged victorious. Last March, Infinity Ward present Jason West and co-founder Vince Zampella left the development studio, triggering an exodus of over forty employees from the development studio. Later, when it was announced that Modern Warfare 3 would release alongside Call of Duty: Elite– a fifty dollar, stat-tracking, strategy-gleaning service, many speculated that the game might hold back on content. A mud-slinging marketing war that emerged between Battlefield and Call of Duty likely did few favors, with each camp taking spiteful digs at the competition. Despite these impediments, Task Force 141 has returned, ignoring any indication of disheartenment or trauma, and is ready to fight on.

Volatile, intense firefights pervade Modern Warfare 3’s six-hour single-player campaign. Although the title retains the linear level pathways and sporadic instances of infinitely respawning enemies, a significant amount of though went into camouflaging these vestiges from the franchise’s history. From meticulously taut pacing, enough bombastic spectacle to make Michael Bay blush, and a deft infusion of variety, the game’s succession of set-pieces only slow down long enough to allow a bit of exposition to sneak in. Elegantly, the title builds on past successes without seeming redundant- stages which recall Call of Duty 4’s memorable ‘All Ghilled Up’ and ‘Death from Above’ missions add variation to the more intimate firefights. 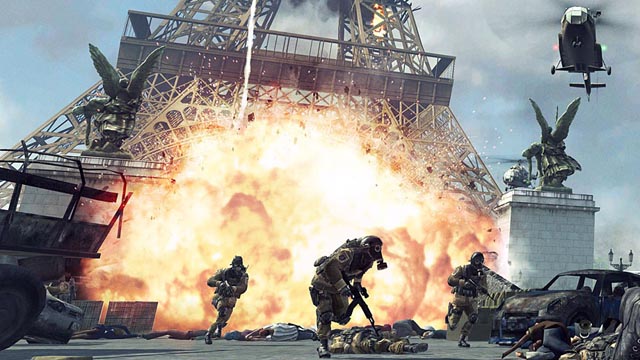 Beyond the main storyline, Modern Warfare 3 graciously beings back the well-liked Spec Ops mode, which supplies a collection of instant action undertakings. Here two core components exist: the horde-like Survival mode as a series of standalone missions. The former delivers waves of increasingly numerous and formidable AI drones, giving players cash for eradicating the encroaching enemies. Between rounds, gamers are given a short breaker where they can spend money on a variety of new firearms, offensive devices like claymore mines, or even drone strikes. The individual mini-missions commence with nods to The Pit’s training course and Mile High Club’s hostage aboard a jetliner scenarios before running the gauntlet through assault, sniping, and stealth-based assignments. One standout entry is Little Bros, where an infantryman and chopper-based soldier must work cooperatively to eliminate hostiles. Inexplicably, the game’s survival pursuits are limited to two-player maneuvers; ideally the game would have accommodating a quartet of gung-ho participants.

Rounding out Warfare 3’s components is a dutifully enhanced multiplayer component, which is certain to please series veterans. One of the boldest adjustments is a transformation of the title’s divisive Killstreak mechanic, which previously rewarded only players with high or low death counts. Now the game provides a trio of three different presets suitable for a variety of play styles. From the Support package for squad-minded collaborators which offers abilities such as radar jamming to the Specialist set which provides perks every two kills, the mixture of incentives opens up the way gamers can compete. Across the sixteen maps, a gratifying mix of familiar and new game modes will keep players battling well into the new year. The undeniable highlight here is Kill Confirmed, where players can only advance their killcount by capturing the dog tag on a fallen foe; if the opposing team picks up the ID no point is awarded. Combined with an array of new weapons, upgrades, and a lofty level cap, Modern Warfare 3 furnishes a multiple of reasons for players to stick with the game. 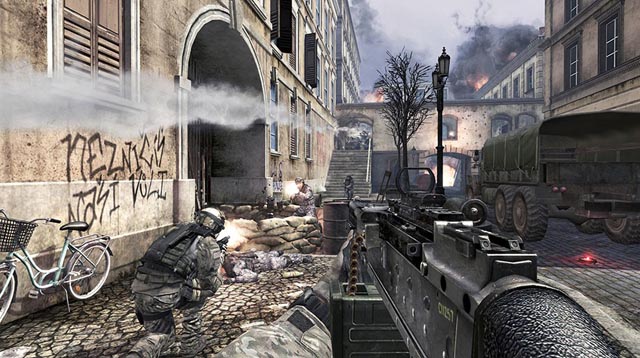 Bucking industry trend, the title doesn’t require players to redeem a code to enlist in the competitive multiplayer. Pleasingly, the contemptuous Elite component is hardly as nefarious as many players imagined. The subscription fee delivers a range of extras ranging from the ability to upload YouTube gameplay clips, video content, stat tracking, contests, and as well as upcoming downloadable content. Despite a few hitches with the rollout of the service, many of Elite’s components seem capable of improving a fanatic’s level of proficiency.

Aesthetically, Warfare 3’s steadfast sixty frame-per second delivery allows a level of precision not found in the game’s peers. As such, pulling the trigger on a MP5 or G36C conveys the sensation of firing a fastidiously crafted piece of hardware. Coupled with near-photorealistic environments, characters, and weaponry, the title is consistently pleasing, and highlighted by pleasing smoke, ember, and blast effects. Brian Tyler (The Expendables, Rambo) symphonic score highlights both hyperbolic action sequence and rare expository cinematic with equal conscientiousness. 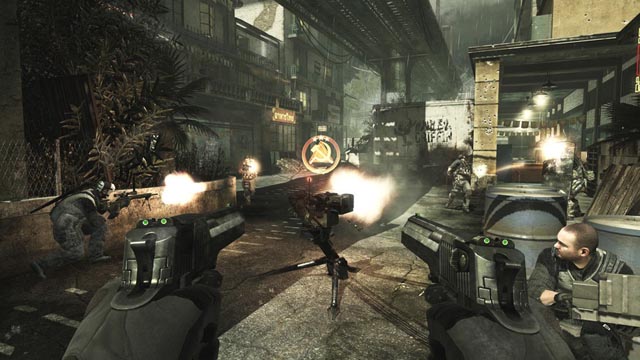 Having endured a volley of adverse speculation from the industry and consumers, Call of Duty: Modern Warfare 3 has emerged from its development cycle as a leaner, meaner, and more polished title than many of us expected. Simply put, the title (even without Elite) feels gratifyingly complete, offering players an adrenaline-pumping thrill ride now, and a competitive component which will captivate for months to come.