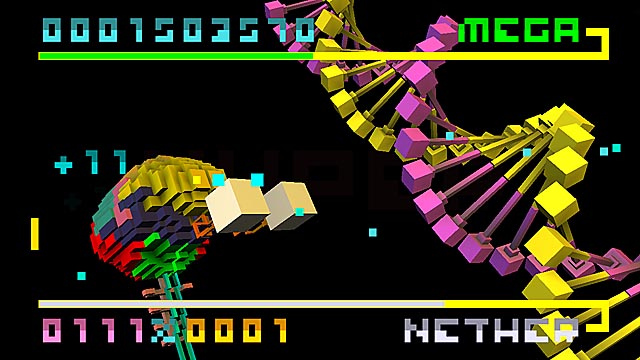 Usually, when game critics mention ‘synergy’ they use the word to examine how visuals, sound, and control are blended into a pleasingly harmonious experience.  As designer Tetsuya Mizuguchi (Lumines, Rez, Child of Eden) has demonstrated, meticulously marrying the pace of gameplay to the rhythm of a soundtrack can create a wonderfully immersive experience. Fortunately, Miz’s Q-Games aren’t the only studio to advance this concept. Gaijin Game’s Bit.Trip series has been quietly winning over Wii owners with their deft amalgam of fundamental game mechanics, deliciously pixelated graphics, and plucky chiptunes.

The aesthetics of each of the six games in Bit.Trip Complete radiantly fuse into a spellbinding sensory confection. Beat and Flux serve as the series’ bookends, offering a modernization of Pong’s goal of using a paddle to keep a ball in the playfield. Whereas Atari’s diversion focused on keeping a single ball in play, Bit.Trip presents a constant torrent of swirling spheres. While some orbs approach the player’s racquet along predictable, horizontal trajectories- others follow sweeping sine-wave patterns, or are reflected back as if pulled by gravity. All blocks faultlessly follow the cadence of the game’s driving score. 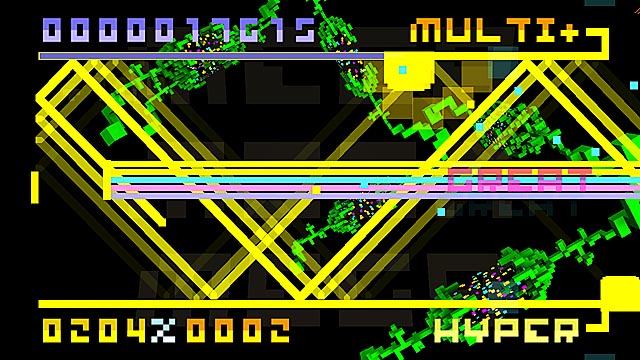 Bit.Trip Core draws inspiration from two near-forgotten 80’s titles- Space Fortress for the Bally Astrocade and Cosmic Ark for the Atari 2600. Players operate a cross-shaped mechanism in the middle of the screen, capable of firing a laser in the four cardinal directions. With rhythm and accuracy which implore higher-level Guitar Hero precision, players are required to zap flocks of zooming blocks. Fate requires a different type of shooting skill, as players guide the franchise’s mascot- Commander Video, along a twisting track. Using the Wiimote, players move an on-screen reticle to send a steady stream of fire at infringing foes.

The anthology’s other two entries- Bit.Trip Void and Bit.Trip Runner also adapt austere concepts into amazingly addictive games. The former tasks players with managing the growth of an onyx orb.  Every black block makes the protagonist larger, slower and less capable of dodging the surge of harmful white dots. The latter is Gaijin’s interpretation of the platformer, challenging the valiant Commander to jump, slide, and kick through over fifty side-scrolling stages. 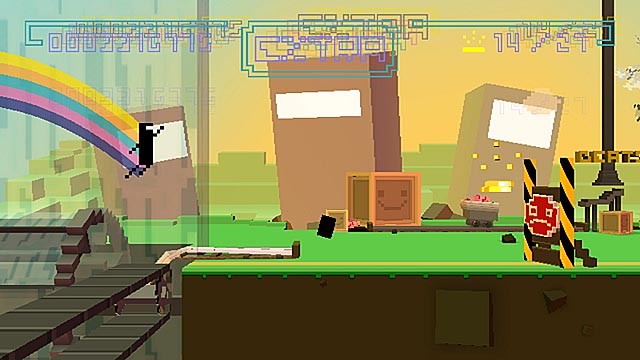 Available separately as digital downloads on Nintendo’s WiiWare service, Bit.Trip Complete brings the sextet of titles together with a satisfying selection of supplements. More importantly, the disk links each title together- creating a unified, cohesive package. As such, the franchise’s existential storyline becomes more conspicuous, bolstered by a set of unlockable letters from the game’s development staff. The addition of 120 new mini-challenges, concept art, videos, and online leaderboards for every level elevate Complete to being the consummate Bit.Trip experience.

To further attract the consideration of collectors, Bit.Trip Complete comes with an additional CD containing eighteen remixed songs from the game’s soundtrack. At roughly three minutes per track, each tune condenses the ambiance of each stage into a palpable melody. The only gripe is that the remixes remain loyal to their original recordings; it would have been nice to see the disk transcend its electronic vibes and offer more organic compositions which breach into other genres. 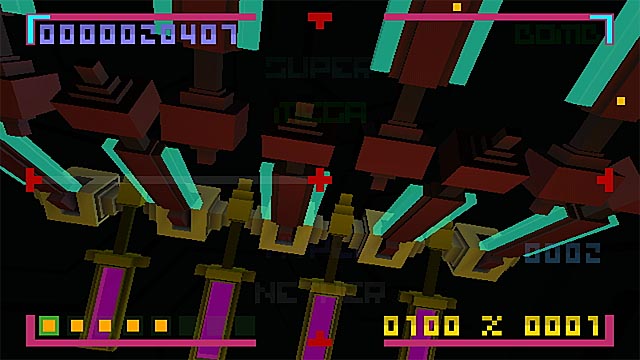 Although the Bit.Trip games are known for having a robust challenge level, Complete allows players to tweak the level of adversity with a two new difficulty settings. Although the ‘easy’ mode softens each title, the term is a bit of a misnomer- none of the games becomes truly temperate. As such, casual players may still find Bit.Trip’s tests a bit punishing.

As music, motion and play mechanics meld into a unified sensation, each of the titles within Bit.Trip Complete offer a remarkably absorbing experience. Collectively, the six games along with a nice selection of enhancements are akin to a director’s cut of a film: an obligatory purchase for curious newcomers as well as a recommended acquisition for devotees who have already downloaded a title or two. 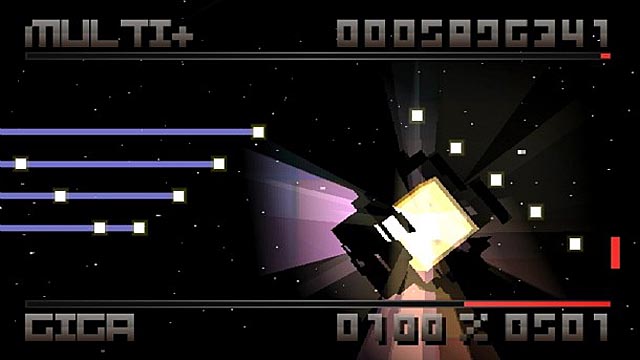