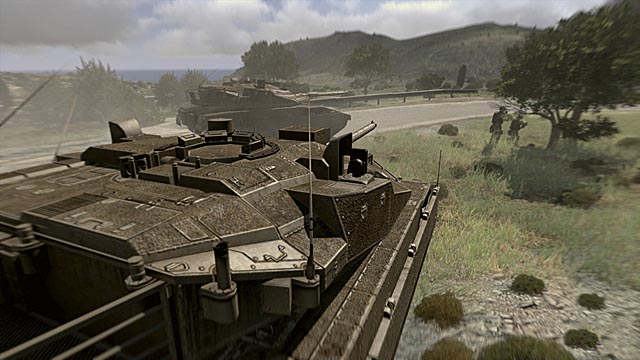 While contemporary, military-themed, first person shooters typically dispense fastidiously modeled firearms and authentic military lingo, few genre entries actually offer a truly convincing simulation of warfare. Shirking the thrill-ride approach which permeates in popular titles such as Medal of Honor Warfighter and Call of Duty: Black Ops 2, developer Bohemia Interactive’s Arma 3 aims to provide a credible reproduction of modern combat. Putting the pre-beta build of the title through its paces at this year’s Electronic Entertainment Expo, the game seemed to have scuttled many of the niggling imperfections which have traditionally prohibited players from becoming completely immersed in battle. From the purging of unsightly textures, the deft renovations to maneuvering, to the elimination of sputtering framerates, the team’s manta of “evolution rather that revolution” reveals the scrubbing of the series’ rougher edges without tarnishing the franchise’s meticulously crafted sense of simulation. As Bohemia Interactive’s creative director, Jay Crowe, escorted me across a variety of battlefields, it became clear that Arma 3’s ambitions of verisimilitude are unrivaled.

Exhibiting the changes to the game’s subaquatic environments, Crowe first jumped onto a Swimmer Delivery Vehicle (or SDV), and began maneuvering through a meticulously detailed reef- which flaunted impressive surface texturing as well as sea flora which swayed realistically as our vehicle skulked along. While the third-person perspective offered an advantageous perspective on the action, jumping into the first-person mode revealed a small screen which replicated the SDV’s camera-enhanced navigational system. 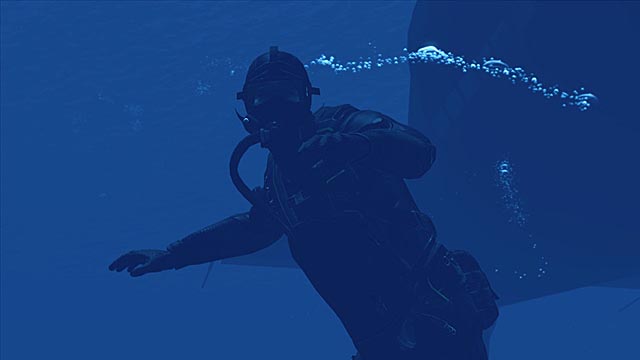 Spotting two enemies, we dumped the craft and peered down the sights of an multi-enviornmental firearm likely based on the specs of a Norwegian supercaptivating weapon. Following two controlled bursts which emitted a trail of tracer bubbles, the duo of adversarial frogmen emitted a cloud of blood before settling into a vulnerable stance as they floated around lifelessly. Noticeable throughout the sequence was the staccato whirl of a chopper performing recon- its appearance and sonic signature distorted beneath the surface of the water.

Next, we took a look at the changes to the game’s lighting system. Once a nocturnal, land-based setting was cued up, Arma 3 exhibited a squad gathering around a small fire, their faces and uniforms illuminated convincingly by the flickering blaze. Engaging the night-vision goggles, renders the world in a familiar emerald hue. Unlike the hazy, depth-impaired image offered by most games, Arma 3’s night vision was astonishingly sharp, reflecting recent advances in optical technology. Turning off our NVGs and shifting to the context to the daytime revealed leisurely-moving voluminous clouds, which gave the slightest bit of cover as we jumped into an attack copter and hovered above the landmass. Despite the demo station’s single GTX 580 GPU, the framerate remained remarkably stable, as the game rendered a draw distance which stretched for miles. Firing a few rockets from our helicopter reiterated Bohemia’s commitment to detail- as discharged pods revealed an absence of ordnance. 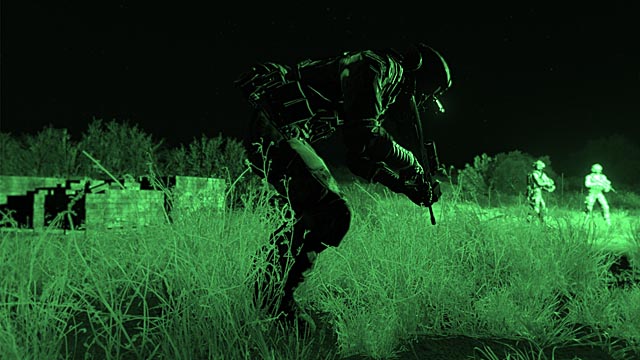 Before the twenty-minute walkthrough was set to expire, Crowe set out to the firing range. Here, the game’s new stances were revealed, with characters able to fire in a peculiar reclined position and are able to pie the corner with two intensifying grades of lean. Elegantly, the character model snapped into position with both precision and realistic haste. With anticipation reaching a boiling point, Jay let me loose with the Gepard GM6 Lynx sniper rifle, where I able to zero my sights to a thousand meters on the sand-hued beast before sending a few .50 cal round downrange.  Naturally, my first few shots were off the mark, until I held the right mouse button to hold my breath, procuring a ten point bullseye. From the sound of the weapon firing, glint of muzzle flash, influence of recoil, and delayed response as the round hit .62 miles away, Arma 3 nailed the sensation of firing a fifty cal, earning a top spot on my most anticipated list.

Two of the elements that have continually nagged Arma’s otherwise expertly-crafted sense of realism are the CPU AI and the game’s voice work including some infamously awkward radio communication. Crowe assured me that Bohemia was well-aware of the criticism and that the team was working hard to make sure every element of Arma 3 delivers an unremittingly immersive experience. From the brief look offered up by the team, I’d expect those ambitions have a good change at becoming reality when the game ships before the end of the year. 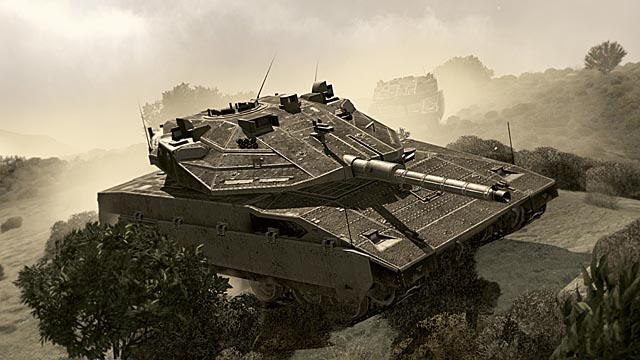