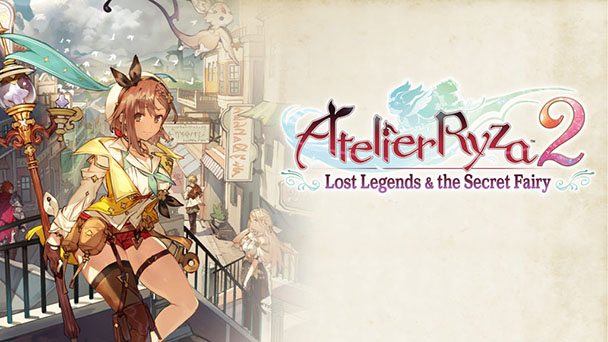 Reuniting with any Atelier lead for even a brief moment is a delight. But with Atelier Ryza 2: Lost Legends & the Secret Fairy, players are able to witness the next major stage in Reisalin Stout’s life. It’s an exceeding enjoyable interval, making for wonderfully cozy escapism. 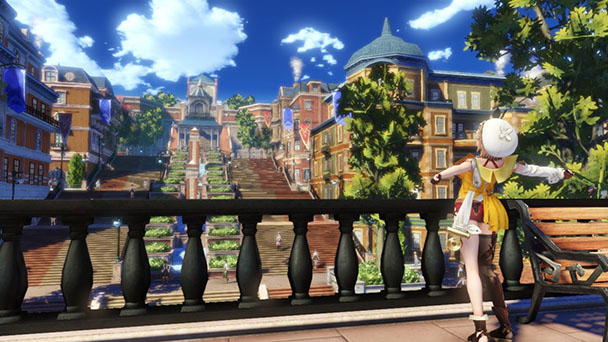 When most role-playing franchises surpass the two-decade mark, signs of atrophy are often evident. For every enduringly enjoyable series like Dragon Quest or Ys, there are properties like Star Ocean or Metal Max, where sequels seem more like cash-grabs than an attempt of artistic expression. Fortunately, Nagano-based Gust have strived to keep their Atelier series persistently fresh. Each successive entry adheres to tradition, offering some of the more relaxed journeys in the genre. But each new title also extends novel ideas and habitually, different protagonists.

The PlayStation 4, Switch, and PC release of Atelier Ryza 2: Lost Legends & the Secret Fairy, demonstrates Gust embracing series convention. Delve into the title, and you’ll find all the series rudiments. Naturally, you’ll use alchemy for the collective good, synthesizing things for people in the metropolis of Ashra-am Baird. As always, the blend of item gathering, exploration, combat, and the lead’s journey of self-actualization are all incredibly gratifying. As always, these tasks complement each other, and ensuring you’re never stuck doing a single undertaking for too long. The developers also understand that their laid-back vibe endows the Atelier franchise with a distinction form of gratification. Unsurprisingly, they are reluctant to tamper too much with their winning formula. 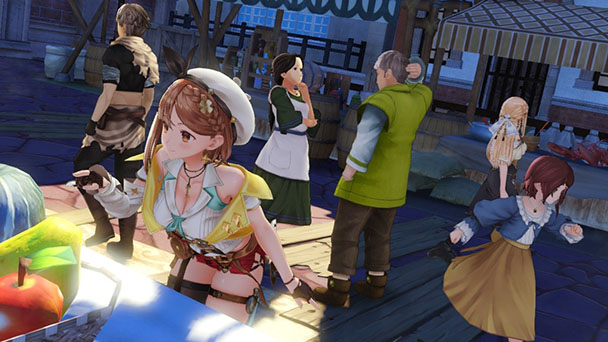 Rural Versus Urban, Tradition Versus Modernization

But if you played Atelier Ryza: Ever Darkness & the Secret Hideout, you’ll witness a wealth of changes. Set three years after its predecessor, Ryza 2 is Gust’s first title to cast the same protagonist twice. The developer could have reiterated facets of her personality, once again demonstrating her sense of conviction and bouts of tenacity once more. But it’s evident that Gust wasn’t done developing Reisalin ‘Ryza’ Stout. Leaving the agrarian spaces of Kurken Island for the capital city, Ryza’s in awe of her busy surroundings. And given Ever Darkness & the Secret Hideout’s expansive spaces, with moderately populated streets and mercantile districts, it’s easy to feel a similar sense of wonder.

Ryza is the last one of her peers to leave the tranquil spaces of the island, with her friend Tao Mongarten inviting her to Ashra-am Baird. Not only does the sprawling capital offer the possibility of ripening her alchemical skills but there’s the lure of a mysterious stone. It’s here that the game’s technical improvements add to the sense of immersion. Gust doesn’t employ use basic asset for the magical stone. Instead, it truly looks enchanted, flaunting a realistic luster and having a faint aura around it. Likewise, there’s an evident meticulousness to the capital city (some NPC faces aside), and an effort to make Ryza’s apartment appear exceedingly cozy. 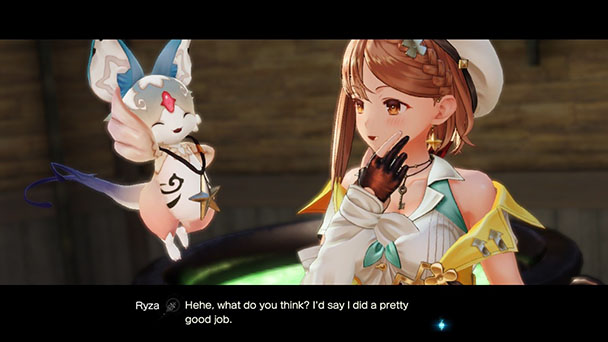 A Land Where Loneliness Never Exists

The transition from your island home represents Lost Legends & the Secret Fairy exploration of early adulthood. For one, Ryza’s appealing urban space comes at a cost, and you’ll feel the burden of paying rent. Yes, the game’s still channels a fairy tale-esque vibe, but the obstacles you’ll face are more realistic than a power-hungry antagonist. From envious associates to learning how to use a rather sophisticated magical compass, the impediments you’ll face can feel rather realistic. But in keeping with convention, you’ll usually be able to rely on your social network for support. That magical stone becomes a catalyst to one of the game’s most rewarding relationships, with a dragon-like creature named Fi demonstrating another form of heartwarming companionship. There’s a strong chance of feeling lonely during the current pandemic. While Ryza 2’s sense of camaraderie isn’t a panacea, it can lessen the sting of isolation.

But even if your social circle is thriving, Lost Legends & the Secret Fairy has plenty of other qualities to appreciate. Combat is still driven by the selection of different commands. However, the integration of a Final Fantasy 7: Crisis Core-like timer helps ensures the pace stays brisk. Once a moving icon converges on the center of a gauge, you’ll be able to issue a succession of attacks or use special moves that are powered by points earned from successful strikes and well-timed defensive stances. It’s certainly engaging, even if takes a few too many hits to eliminate lower-level monster fodder. 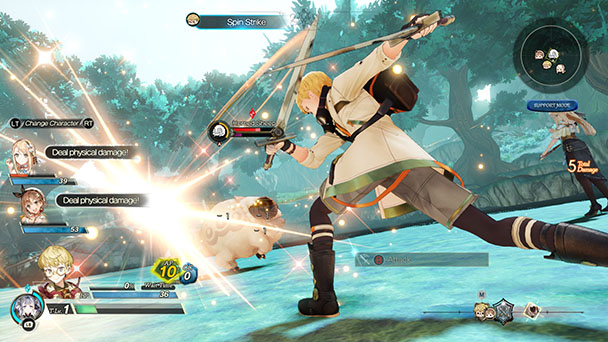 Feats Fit for a Game Hero

Ryza’s character growth is also reflected in an augmented ability set. In the field, the lead shows the navigational proficiency of Lara Croft as she swims, climbs, and crawls through cramped spaces. These new aptitudes tend to make Lost Legends & the Secret Fairy feel much bigger than its predecessor. But also push your synthesis skills, and you’ll be goaded into making new items to assist your explorational endeavors.

Narratively, it’s a bit disappointing that Ryza’s alchemical progress from Ever Darkness & the Secret Hideout gets a reset. Obviously, if the protagonist arrived in Ashra-am Baird as a synthesizing superstar there would be little room for character growth. But players are able to build on their knowledge from the previous game, as the systems are rather similar. 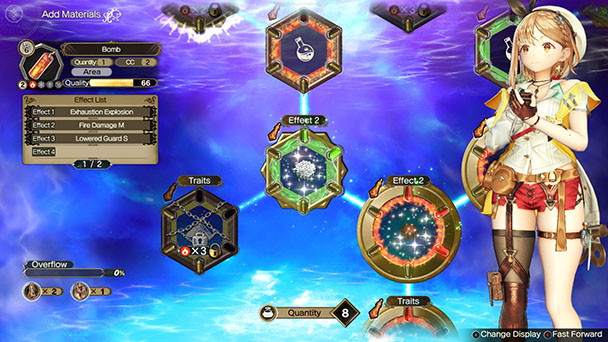 You’ll still slot materials into a network of interconnected spheres, with each node supply specific properties to your recipe. And pleasingly, you can use points earned for your alchemical actions to unlock some of the formulas from the previous title. Sure, mastering the alchemical arts might prove complicated for newcomers, but you’ll eventually grasp its nuances through a tutorial and a healthy amount of experimentation.

On PC, Lost Legends & the Secret Fairy is a visual dynamo that removes nearly all of the technical hiccups that have plagued previous entries. On a modest midrange RTX 2060 powered system, the game ran at a constant sixty frames-per-second, even with all of its settings maximized. Small details you might not expect from the title, like realistic shadowing can be found around Ashra-am Baird, while character detail often delights. But don’t forget to press the escape key to access the game’s settings. Inexplicably, they’re not found in pause menu. Sonically, the game’s shift from rustic spaces means the soundtrack is just a bit busier that previous entries. Fortunately, the occasional flute-driven interlude and din of cicadas can still be found, lingering like Ryza’s childhood memories. 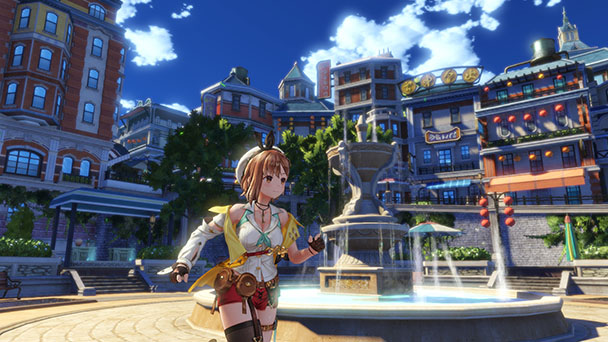 Games have a habit of kicking us around, mocking our skills until we acclimate to their taut challenges. The Atelier series has habitually been different, providing tranquil places to relax while offering just enough opposition to ensure we don’t lose interest. With the release of Atelier Ryza 2: Lost Legends & the Secret Fairy, Gust perfects their formula, offering a tender retreat that’s probably needed more than ever.

Atelier Ryza 2: Lost Legends & the Secret Fairy was
played on PC with review code provided by the publisher.

Atelier Ryza 2: Lost Legends & the Secret Fairy review
Reuniting with any Atelier lead for even a brief moment is a delight. But with Atelier Ryza 2: Lost Legends &amp; the Secret Fairy, players are able to witness the next major stage in Reisalin Stout&rsquo;s life. It&rsquo;s an exceeding enjoyable interval, making for wonderfully cozy escapism. When most role-playing franchises surpass the two-decade&hellip;

Summary : Despite its summertime setting, Atelier Ryza 2: Lost Legends & the Secret Fairy often feels as cozy as woolen hat on cold, winter day. From the sense of camaraderie felt with old and new friends to the sense that your efforts are contributing to people’s lives, there’s little about Ryza 2 that doesn’t feel rewarding.