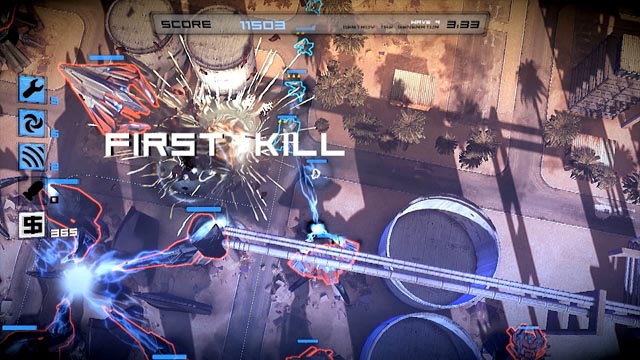 What is the concept? After captivating tacticians on both PC monitors and smartphone displays, Anomaly Warzone Earth makes its console debut with a capable Xbox 360 port. Each of the game’s twenty-one missions require gamers to step into the battle-ready boots of the commander, the game’s sole infantry unit. The leader is tasked with guiding a convey of military vehicles through increasingly hostile territories while deploying the occasional support device to tip to give your squad an upper hand.

In execution, each stage has the commander juggling three simultaneous duties. The principal concern is creating a path for your platoon in an effort to regulate the amount of enemy contact. Pressing the “Y” button pauses the action and brings up the tactical map- while rotating key nodes around the screen effectively changes the course for your squadron. Although preliminary missions merely require players to avoid contact with falling pieces of debris, later levels compel strategic decisions as forks in the road tender up various gradations of adversity. 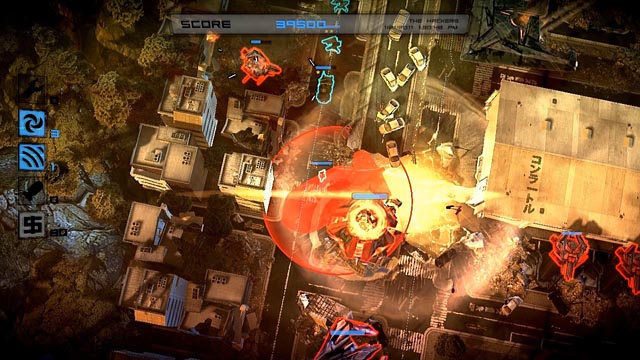 A second press of the “Y” button unpauses the game, requiring the commander to administer a variety of effect fields- ranging from health regeneration, smoke screens, decoys and bombs. Recalling Pixel Junk Monsters, the commander also scurries across the battlefield, picking up the sporadic supplemental perk airdropped in or left in the wake of enemy annihilation. Killing foes also helps pad the war fund, which represents the player’s third responsibility: the construction and arrangement of their military motorcade. In action, Anomaly feels like the prototypical tower-defense title turn on its head, with players assuming the role of the unrelenting attackers.

What are the game’s strengths? Anomaly’s visuals resemble the detail lavished on a first-class real-time strategy game rather than the tileset tactic employed by most tower-defense titles. Exhibited from an overhead perspective, the game’s two locales (Bagdad and Toyko) reveal a landscape dominated by devastated streets and splintered high-rises, drawn with a photo-realistic aesthetic. Each setting is portrayed with a distinctive color filter, which not only helps in the differentiation between allied and alien units, but also recalls the dusty sepias of Black Hawk Down as well as the deep cobalts of Tron and Underworld series. 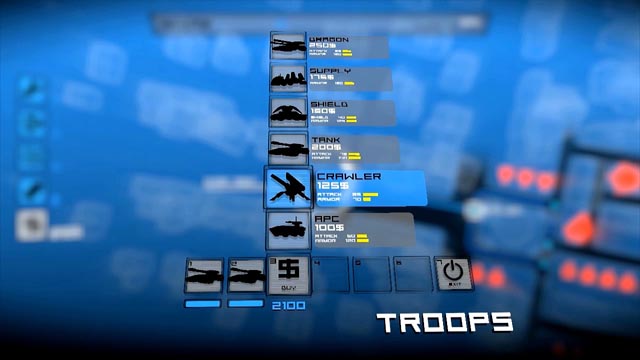 What are the game’s weaknesses? Woefully, Anomaly Warzone Earth’s action is only for a single player. Ideally, one participant could have controlled the convey while another player dropped in the alien defenses. To offset this omission the title ships with six Tactical Trials, a sextet of puzzle-like stages set in a VR training environment as well as two wave-based modes set in the game’s capital cities. The inclusion of a map editor would have nicely complemented Anomaly’s single-player focus, by adding an element which would have escalated the game’s six hour playtime. 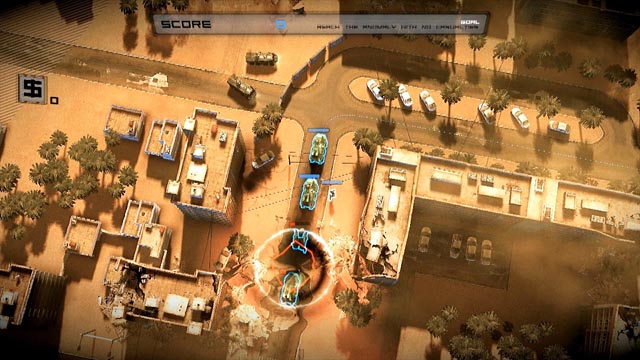 Is it worth the money? As a ten dollar Xbox Live Arcade purchase, Anomaly Warzone Earth is certain to satisfy those who have managed to evade the title’s invasion across a variety of platforms. Although this edition’s supplements aren’t substantial enough to recommend a re-purchase, strategy supporters yearning for an engaging experience on their consoles, should look no further. Bolstered by an intuitive control method and an engine which performs like native 360 code, Anomaly is a near-perfect addition to the console’s library of tactically-minded titles.