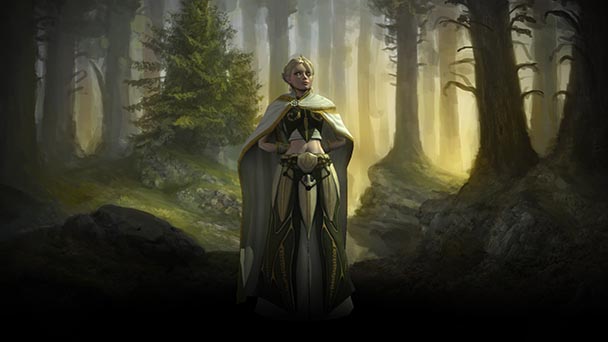 There was a time when high fantasy turn-based games were a common sight for PC gamers. Longtime strategy fans may remember such titles as Master of Magic, Disciples, Heroes of Might and Magic and of course, Age of Wonders 3. It’s hard to believe the last main entry in this series launched nearly 15 years ago though thankfully Age of Wonders 3 launched last year and has been successful enough to receive the Golden Realms expansion pack soon after and the recently released, Eternal Lords.

Eternal Lords offers several incremental additions over the base game and covers what was possibly Age of Wonders 3’s most glaring omission up to this point, the lack of random events. Now dubbed “Cosmic Happenings” their rate of occurrence can be set by players before a match and can drastically change the course of battles and even entire wars. 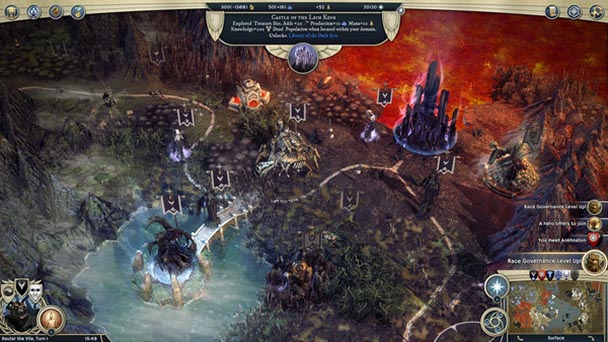 During gameplay, players take control of a hero and lead it to explore the world in a turn-based endeavor. Towns may be conquered to collect taxes, train military units and upgraded with new structures granting greater options. Littered throughout each map are hotspots with rewards for any faction that conquers them ranging from gold and new technologies to additional heroes or magical equipment. These treasures are often guarded by neutral units, occasionally they may provide side-quests as a diplomatic alternative to combat.

Speaking of which, battles are handled on a tactical, turn-based board, each side being limited to six units, these can be regular soldiers or a party entirely made up of your best heroes. Reading each fighter’s stats may be daunting at first, but the game is kind enough to highlight the most likely outcome when attacking and the reason as to why you may be at an advantage or disadvantage. If battles becomes too tedious you can choose to auto-resolve them though the results often seem random with powerful units being killed or losing an engagement that seemed like an easy win. 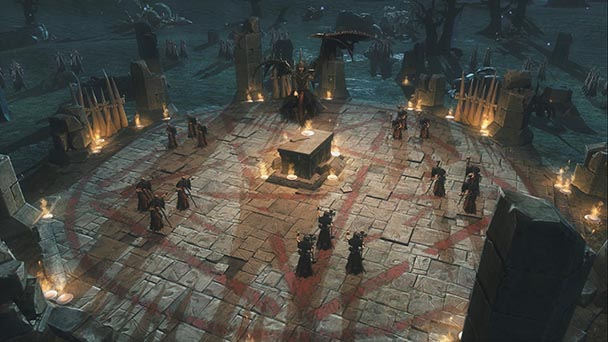 This expansion’s most touted features however are the new playable races and classes. Among these are the Necromancers who take front and center as Eternal Lords’ main draw to the point of possibly being overpowered.

Possibly the most interesting gameplay change is how your population’s loyalty shifts depending on diplomatic actions taken against other races. For example, if you conquer a predominately elven city, you can expect all subjects from that particular race to be unhappy towards your rule. This adds a very welcome layer of depth to the game, Necromancers however do not suffer loyalty bonuses or penalties. While this may just sound like a typical class feature, it runs the risk of being overpowered. 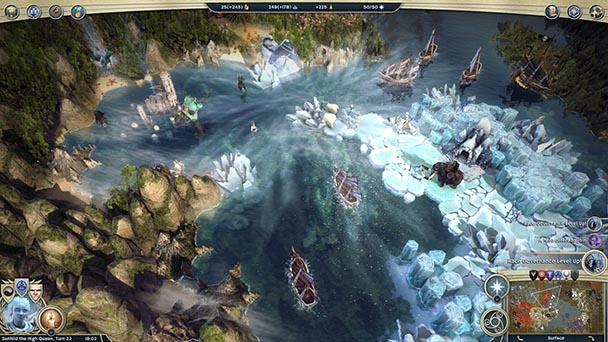 Players who become Necromancers can easily expand borders with few drawbacks relative to other classes. The only precaution one would have to take is to ensure you don’t fall victim to success and find your forces stretched too thin. As a prevention method, undead units do not heal naturally nor do they benefit from healing spells, instead specific necromantic units and magic is required the latter of which comes in abundance.

Two new specific races are also introduced, the Frostlings who are resistant to ice-based attacks but weak against fire and the Tigrans whose attributes are the opposite to an extent. Concept-wise, this seems like a very basic and gameplay mechanic and while each new faction has a few more attributes than just fire versus water, their main mechanics boil down to little more than that. 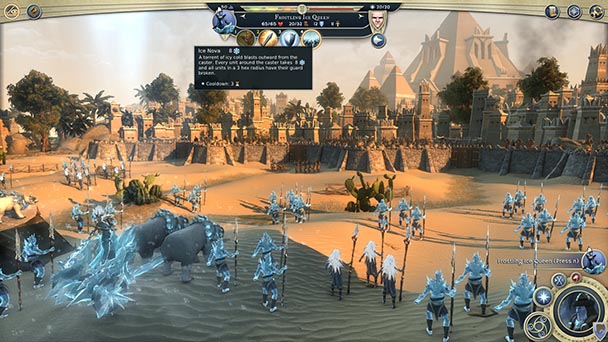 Age of Wonders 3: Eternal Lords introduces a new campaign, though I would sooner recommend players create large random maps which can take up to several weeks for a single playthrough. As a match progresses, I eventually found myself overwhelmed, my spell book became bloated and unwieldy while my empire grew to the point of being constantly in debt with too much necessary micro-management. I am by no means exaggerating when I say towards the later stages a single turn can take up to an hour or more.

When taken into account the content found in the original game and its expansion, Age of Wonders 3: Eternal Lords becomes an absolutely massive game. The wealth of military and magical options alone coupled with some truly impressive map sizes result in long, deeply strategic matches requiring up to several weeks for a meaningful resolution. Eternal Lords isn’t likely to turn nay-sayers around, but those who enjoy high fantasy turn based strategy games should waste no time in playing it. 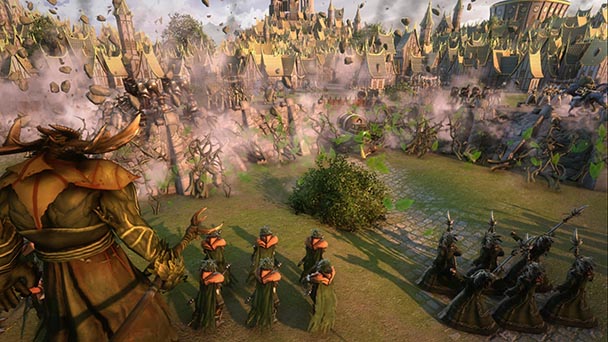 Age of Wonders 3: Eternal Lords was played on the PC with review code provided by the publisher.

Age of Wonders 3: Eternal Lords
Platform: PC
Developer: Triumph Studios
Publisher: Triumph Studios
Release date: April 14th, 2015
Price: $19.99 available via Steam
Age of Wonders 3: Eternal Lords review
There was a time when high fantasy turn-based games were a common sight for PC gamers. Longtime strategy fans may remember such titles as Master of Magic, Disciples, Heroes of Might and Magic and of course, Age of Wonders 3. It&rsquo;s hard to believe the last main entry in this series launched nearly 15 years ago though thankfully Age of Wonders 3 launched last year and has been successful enough to receive the Golden Realms expansion pack soon after and the recently released, Eternal Lords. Eternal Lords offers several incremental additions over the base game and covers what was possibly&hellip;

Summary : A new class and two new races may not sound like much, but when combined with previous releases Age of Wonders 3: Eternal Lords becomes one of the most complete experiences in recent memory.