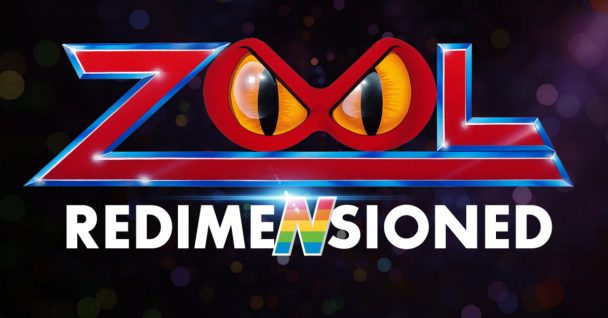 Zool: Ninja of the Nth Dimension represented Gremlin Interactive’s hope for their own emblematic hop-and-bop. But it wasn’t all that good. Can a team of students mend a thirty-year-old title? 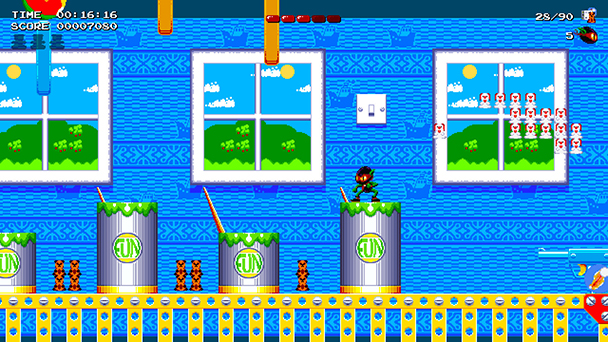 During the early Nineties, the mascot-driven platformer was ubiquitous. Expectedly, the industry powerhouses all had one, with Nintendo possessing a koopa-stomping plumber and SEGA symbolized by a blue hedgehog with bright red sneakers. But even the smaller publishers aimed to have their own energetic representative. From Konami’s Sparkster, Accolade’s Bubsy, Virgin Games’ Cool Spot, and Tradewest’s Plok!, consoles had a selection of peppy protagonists and pitchmen.

Not to be outdone, Gremlin Interactive crafted Zool: Ninja of the Nth Dimension for the Commodore Amiga. Meant to rival Sonic, the title had a number of alluring traits. Zool, the game’s ‘gremlin ninja’ moved at a breakneck speed. Not only could he sprint up hills without slowing, but he also had a gravity-defying jump and could lithely leap from one mid-air platform to another. Better yet, he had had abilities, like being able to toss at enemy-defeating projectiles like shuriken. 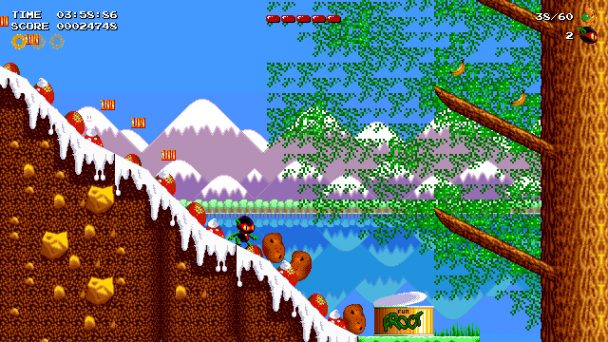 The Disappearance of an Transdimensional Ninja

The game’s seven worlds were all colorful and detailed, boosting imaginative milieus like candy-coated lands and stacks of high-fi audio equipment. Add in boss battles as well as mini-games and it’s easy to see why Zool was soon ported to nine different platforms. Undoubtedly, back of the box screenshots made it look every bit as enjoyable as Super Mario Bros. or Sonic the Hedgehog.

But the fleet-footed protagonist’s fame didn’t last. Save for a sequel released the following year, Zool vanished like a true ninja.

Perhaps that’s for the better. I recently revisited the Genesis version of Ninja of the Nth Dimension and it is an extended exercise in patience. The game’s tightly zoomed-in perspective is uncooperative. When combined with Zool’s speed, there’s little time to avoid enemies or environmental hazards. Compounding the problem are muddled visuals. The game’s scrolling stages are filled with collectables and enemies that tend to blend in with the busy backdrops. Several enemies fire bullets which resembled your own projectiles and its difficult parsing everything out. 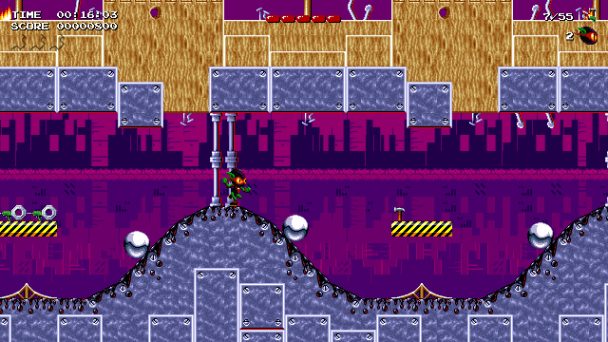 Students to the Rescue

With the PC release of Zool Redimensioned, the absconded protagonist makes a renovated return, courtesy of property holder Sumo Digital. But instead of using veteran staff to reinvigorate the lapsed title, the studio handed Zool to the inaugural cohort of the Sumo Digital Academy. The nine-member student team should be commended for astutely modernizing the title. But trying to turn coal into a shimmering diamond is no easy feat.

Jump into the game’s Ultimate Ninja Mode as you’ll witness a few modern amenities. Most noticeable is a zoomed-out perspective that offers a much better view of the action. Flying enemies no longer constantly bean you when coming on-screen and long jumps aren’t usually leaps of faith. Sure, there’s still a requirement for gathering a specific number of collectables before exiting a level, but it’s not nearly as irritating as before. When Zool breaks convention and doesn’t place the exit on the lower far- side of the stage, it’s easier to find. 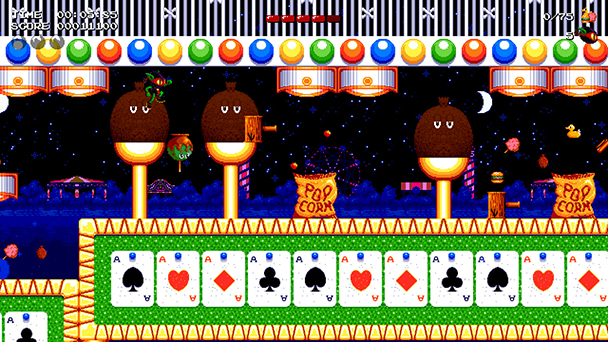 A Ninja Robbed of Challenge

Redimensioned Mode makes things even easier. Here, the ninja can double-jump and is no longer compelled to accumulate items. Even without the use of toggleable cheats like auto-fire or invincibility, Zool becomes too easy, stripping away of any sense of difficulty. Level memorization was a require for success since the depletion of lives ended the game. But now that’s undermined by the ability to restart a level with a fresh inventory of Zools.

Save for a bit of challenge in the game’s boss battles (some of which is rooted in sketchy collision detection), the changes make the game best suited for inexperienced players. I expect anything with even a fleeting familiarity of platformers to grow bored by the lack of pressure. Without getting into the debate over accessibility and adversity, Zool’s improvements have all relaxed the level of challenge, instead of adjusting them for modern audiences. 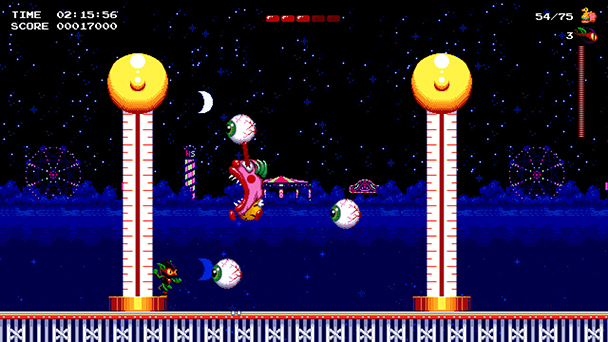 But that’s the point of a remaster. Players will likely protest if too there are too many changes to the source material. A such, the Sumo Digital Academy did the very best they could with the package, converting an agonizing title into something that innocuous, if unfulfilling effort. Purchase Zool Redimensioned not for the cushy play, but to support a worthwhile program that injects the industry with fresh talent. Maybe the next class with be offered something a bit better to modernize.

Zool Redimensioned was played on PC
with review code provided by the publisher.

Zool Redimensioned review
Zool: Ninja of the Nth Dimension represented Gremlin Interactive&rsquo;s hope for their own emblematic hop-and-bop. But it wasn&rsquo;t all that good. Can a team of students mend a thirty-year-old title? During the early Nineties, the mascot-driven platformer was ubiquitous. Expectedly, the industry powerhouses all had one, with Nintendo possessing a koopa-stomping plumber and SEGA symbolized by a blue hedgehog with bright red sneakers. But even the smaller publishers aimed to have&hellip;

Summary : Zool Redimensioned takes a miserable mascot-driven platformer and makes it a lot less infuriating. But mending the titles issues resulted in the loss of challenge.