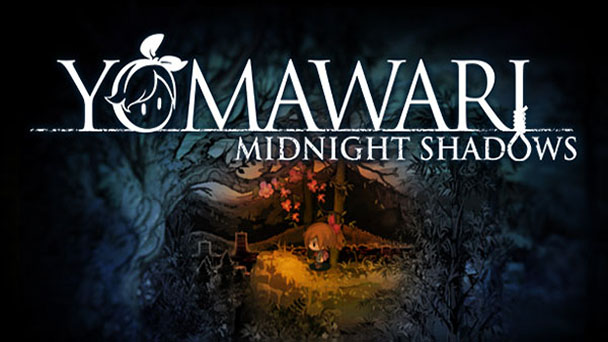 Growing up in the U.S., I was habitual visitor of haunted house attractions. But, after inching my way through dozens of these scare shacks, I was able to distinguish a formula. Moments of calm frequently foreshadowed fright, with gruesome monstrosities popping out of alcoves on cue. Gradually, I became desensitized to the graphic depictions of gore, as there are limited number of way to display viscera. Now, the typical American haunted house barely raises my pulse.

Yet, a trip to Fuji-Q Highland’s Haunted Hospital (the second longest of its kind in the world) or the Daiba Haunted School in Japan both left me trembling. Much of the fright stems from the fundamental differences to the way fear is exhibited in Japan. For one, context is important; there’s often a narrative, typically told through a video before a patron enters the building. Another anxiety-inducing aspect is the notion of agency. Typically, visitors don’t follow a linear path through the attraction. Navigation is up to you, and there’s often the upsettingly sensation of disorientation. Then, there are the actual frights. All too often, you’ll hear faint voices, moans, or breathing. Unlike the shock of jump scares, it’s a subtle feeling making your question if it’s real or just a horrendous hallucination. 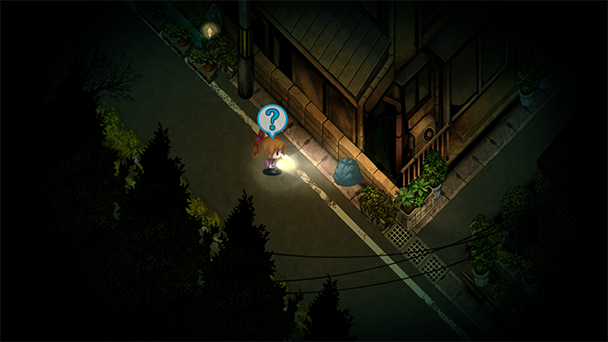 Many of the qualities are apparent when playing Yomawari: Midnight Shadows, the sequel to last years’ release of Yomawari: Night Alone. Far removed from the steady jump scares and graphic carnage that pervade the survival horror genre, Shadows’ virtue is rooted in subtlety. There a persistent sense of dread and despair that lingers throughout the game, making it an essential experience for those fatigued by blatant scare attempts.

Those who did venture through the 2016 release of Night Alone might be slightly disheartened by the similarity of Midnight Shadows’ set-up. Without venturing into spoiler territory, Shadows extends a devastating incident, plucking players’ heartstrings in a slightly manipulative fashion. Whereas the predecessor saw the protagonist search for her missing sister, Night Alone offers light variation on the theme. This time out, best friends Yui and Haru gather on a hilltop, watching a firework show illuminate the summer sky. On the way home, the pair become separated, with players alternating between the two estranged girls. 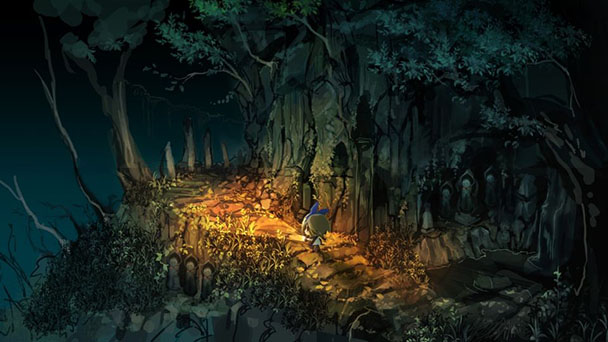 The feeling of frailty is ubiquitous on your journey. Unlike many horror games that give you an arsenal to soften antagonism, your main tool in Midnight Shadows is a flashlight which permits illumination into some of Shadow’s murky alcoves. Occasionally, you can’t even depend on a beam of light, and are forced to extinguish your lamp, lest you attract the persistent yōkai who linger around the oddly empty pastoral city. Sure, there are collectable devices like pebbles, paper airplanes that can be used to distract spirits, but you’re unswervingly on the defensive, with a single touch with any otherworldly creature sending you back to the last checkpoint.

Periodically, you’ll be forced to take refuge in environmental objects to hide from incensed spirits. When this happens, the area outside of your immediate surrounds is darkened, and a sonar-like ping signals any lingering yōkai. One characteristic that helps sets the tone of Midnight Shadows is the variability of spirits. While many will give chase, forcing the girls to utilize energy from their spring gauge to outrun pursuers. Others are invisible, with the game giving an audible clue of a quickening heartrate to signal danger. Yet others are innocuous until disturbed, seemingly lingering about in some sort of limbo. As with many types of J-horror, the spirits aren’t incessantly evil, with the occasional instance of empathy bestowed to the otherworldly interlopers. 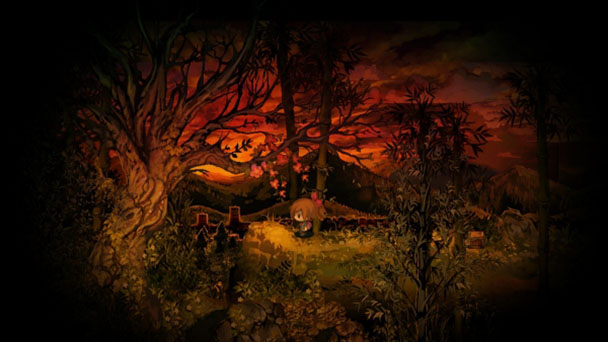 Although Midnight Shadows treks are riveting with the game offering a consist succession of surprises (even in the menu), there are a few moments that might dampen the experience. Occasionally, spirits give without much warning, leading to the occasional instance of trial-and-error based play. Shadows’ late game has a number of these irksome moments. The result is that these encounters feel challenging for no other to pad play time. On the upside, the title does offer a few concessions. This time out the acquirement of charms boosts your skill set, allowing players to carry additional pebbles or extending the sprint meter.

Aesthetically, Midnight Shadows’ chibi-sprites and pixelated backdrops might not immediately express the sentiments associated with horror. But unquestionably, the game dispenses mood. It’s difficult to not be floored by an opening scene that flaunts a fluid, parallax-scrolling, crimson-colored panorama. Lighting is especially well done, with shadows obscuring spaces around remote temples or timeworn buildings. Aurally, the game is just as adept, swapping the conventional soundtrack for sounds that range from the ambient song of a swarm of cicada to the speeding sound of your character’s heartbeat. 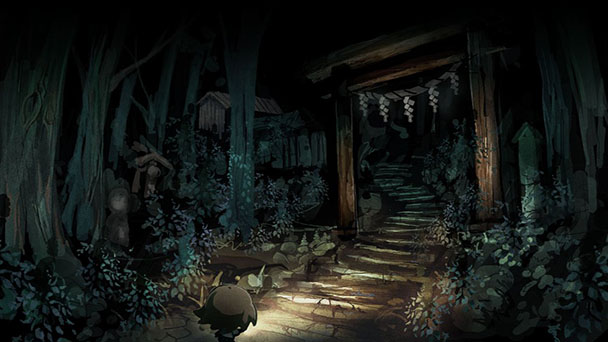 Midnight Shadows’ opening screens ask for play in a darkened room and your undivided attention. It’s an unusual pledge but one that’s not superfluous. Observe the informal oath and you’ll discover that Yomawari: Midnight Shadows cultivates an atmosphere that’s both eerie and evocative, like traveling done a lonely rural road in the middle of night. Those who appreciation the nuance of psychological-based horror and a carefully constructed sense of dread are urged to seek out Shadows.

Yomawari: Midnight Shadows was played on the PS Vita
and PlayStation 4 with review code provided by the publisher.

Yomawari: Midnight Shadows
Platform:
PS Vita, PlayStation 4, PC
Developer: Nippon Ichi Software
Publisher: NIS America
Release date: October 24th, 2017
Price: $39.99 via retail or digital download
Difficulty: Moderate
Yomawari: Midnight Shadows review
Growing up in the U.S., I was habitual visitor of haunted house attractions. But, after inching my way through dozens of these scare shacks, I was able to distinguish a formula. Moments of calm frequently foreshadowed fright, with gruesome monstrosities popping out of alcoves on cue. Gradually, I became desensitized to the graphic depictions of gore, as there are limited number of way to display viscera. Now, the typical American haunted house barely raises my pulse. Yet, a trip to Fuji-Q Highland&rsquo;s Haunted Hospital (the second longest of its kind in the world) or the Daiba Haunted School in Japan&hellip;

Summary : Look past sprites that resemble 32-bit RPGs, and Yomawari: Midnight Shadows is capable of getting underneath your skin, delivering a thoroughly unsettling experience. Those fatigued by the homogeneity of most horror games should seek out this quietly disturbing remedy.

Previous: Etrian Odyssey V: Beyond the Myth review
Next: Nights of Azure 2: Bride of the New Moon review