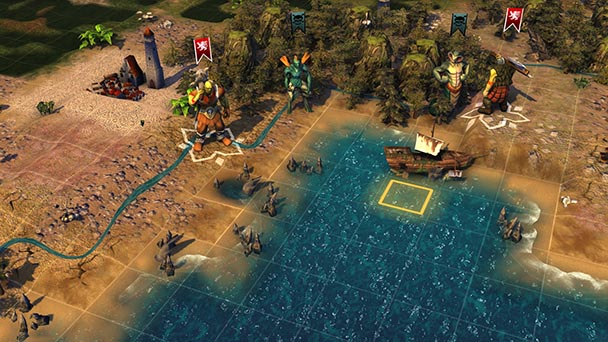 Three axioms summarize my standpoint on game design: graphics can never be too attractive, control schemes can never be too intuitive, and simulations can never be too intricate. While the first two assertions leave little room for debate, some might find the last contention somewhat controversial. But in my defense, I’d point to games like Falcon 4.0, Europa Universalis III, and Master of Magic– three of the most complex PC titles around. While each presented players with steep learning curves, they also delivered weeks of engaging entertainment as gamers discovered each new nuance.

Ten years after release of the lattermost title, players are still entranced by MoM’s open-ended blend of city management, spell development, hero supervision, and army commandeering. While games as diverse as Fallen Enchantress, Age of Wonders, and even the Civilization series have taken the core premise in different directions, Master of Magic has lingered without a true sequel or even spiritual successor. That deficiency has driven Poland-based Wastelands Interactive to crowdfund and create Worlds of Magic, a title which seeks to modernize some of MoM’s more creaky elements. 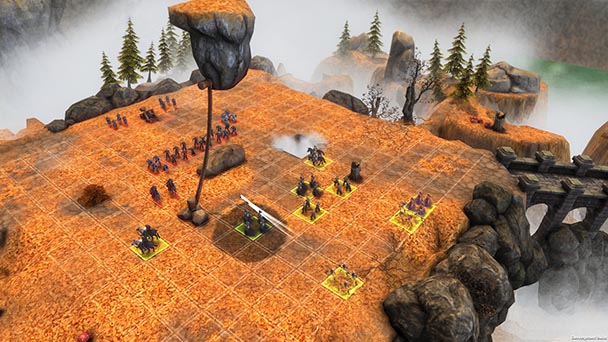 Currently, in Steam’s Early Access program, Worlds of Magic certainly shows promise if players can look past the pre-release problems. After downloading the 1.8 GB game on a rig running the 64-bit iteration of Windows (owners of 32-bit processors will have to wait for a compatible incantation), players are ushered to game creation menu, where players can create a realm comprised of five customizable planes before creating a Sorcerer Lord by choosing from six factions and pouring points into a dozen spell spheres which give access to hundreds of different spells. Alternatively, players can choose to become one of eleven premade characters, who each invoke a distinct high-fantasy trope. Coupled with the procedurally-generated locales, six games of Worlds of Magic proved to be profoundly different, exposing how much replay value Worlds of Magic has in store for players.

While MoM veterans will have little trouble instigating their ambitions, newcomers are offered an interactive tutorial which explains Worlds of Magic’s foundational elements. Currently, the training feels a bit meager, with text-based directives telling players to look in general areas of the screen instead of providing someone more apparent, such as an overlaid arrow. To the game’s credit, progress is paused until players complete essential lessons in city management and army organization, imparting the fundamentals of play, while still a great deal of room for self-discovery. 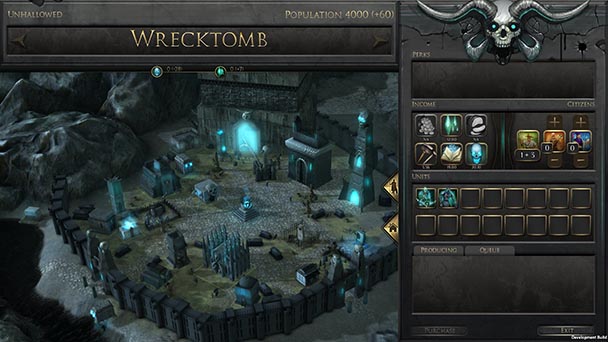 Built around a turn-based structure, each interval tasks players with a number of tasks. At the onset, exploration is an obvious objective, useful for not only reconnoitering adjacent resource areas, but also locating the position of other factions. Coupled with this endeavor, players also responsible for elements like spell research as well as city management. The former is channeled through the distribution of power, a resource that’s accumulated through nodes as well as the span of your empire. In turn, it regulates the power of your spells as well as the amount of research used for discovering new magic.

While diplomacy seems like a prudent endeavor, the pursuit of peace is never an easy undertaking. Inevitably, conflict erupts, leading players to battle. Built upon the D20 OGL Rule Set, combat can be resolved through statistical comparisons, or waged on a grid-based battlefield. At present, heading to the field demonstrates Worlds of Magic’s principal weakness- a rigid adherence to Master of Magic’s ruleset. Computer-mediated, turn-based combat has evolved significant in the past decade, and in its current state, the game exhibition little of this progress. At least part of the problem, stems from the current state of opponent AI, which doesn’t show any strategic savvy. 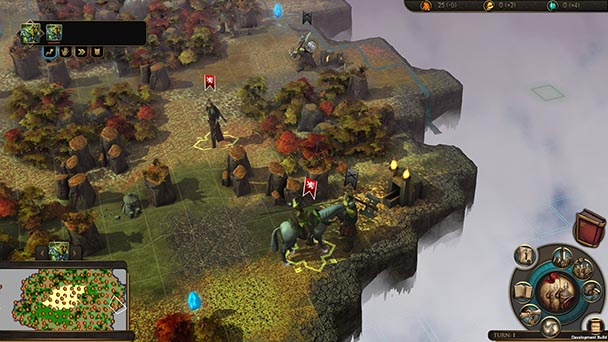 While jumping into Worlds of Magic’s early access is certainly temping, players should be warned that they won’t likely see their aspirations reach fruition. With each passing turn, the current build heads toward in irreversible crash, with saving and loading doing little to impede this calamity. Save for this disheartening fault, technical advancement seems to be on the right track, with just a bit of content yet to be added to the latest update. Visually, Worlds of Magic ranges from competent to commendable, with a lack of animation balanced by close-ups of budding cities and admirable portrait art. Pleasingly, the title doesn’t appear to near a powerhouse rig, running smoothly on a mid-range Radeon 7850 card.