The Witch and the Hundred Knight Revival Edition review 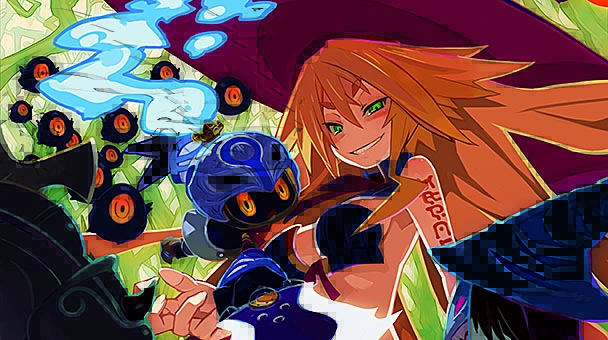 Metallia is back. If this statement elicited a befuddled response, than it’s likely you missed the 2014 release of The Witch and the Hundred Knight. Metallia was the game’s eponymous sorceress, a thoroughly vile character nearly redeemed by eleventh-hour empathy. Confined to the Niblhenne swamp due to her colonialist tendencies by the Forest Witch Malia, she summoned the title’s other lead, a heroic but underpowered knight who’s tasked with spreading marshland throughout the region, and eventually defeating Metallia’s nemesis.

Despite an stimulating storyline and mechanics that recalled Diablo-esque gameplay, The Witch and the Hundred Knight received a lukewarm response from gamers. Part of the problem might have stemmed from Metallia’s behavior. Largely, she was a foul-mouthed, mean-spirited witch who didn’t follow developer Nippon Ichi Software’s tradition for playful leads. Then, there was Witch’s gameplay, which exhibited multiple levels of interlocking complexity, afflicting the accessibility of the title. While the lengthy introductory tutorial took the time to explain obvious conventions, after the first hour the approach was all but abandoned. 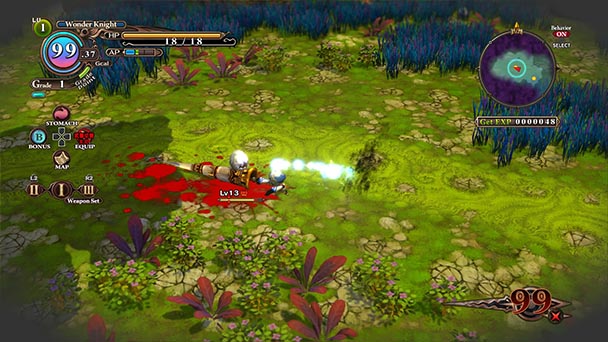 Two years on, N1 is bringing Metallia back for a PlayStation 4 iteration, with the release of the Revival Edition. Puzzlingly, the previously mentioned transgressions go unfixed, seemingly exiling Metallia from audience appreciation once more. Save for the integration of a new component, a visual makeover, and embellishments like the Hundred Knight verbalizing attacks from the DualShock 4’s internal speaker, the journey is largely the same. But much like the Hundred Knight’s fate, things aren’t as dire as the first appear.

Mercifully, a number of these issues mend themselves as players persevere, allowing the title’s cornucopia of gameplay components to shine through. Although combat is supported by a trio of fundamental actions- attacking, guarding and dashing, a substantial amount of menu options add nuance to battles. By equipping up to five weapons, players can build their own combos for Hundred Knight- with each armament having one of three different attack attributes, either Slash, Blunt, and Magic. Naturally, each type of offensive device has its own strengths and weaknesses, with weapons like hammers providing a slow but devastating strike to adjacent foes while the weaker spear is proficient at crowd control. Dig further and you’ll discover Magic Die symbols which can increase the power of combos when players put the pips in sequential order. 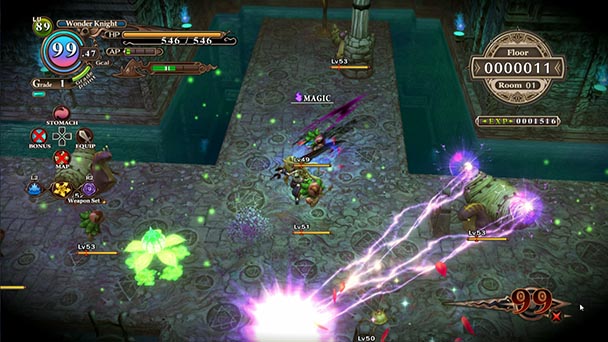 Fallen foes in Hundred Knight bequeath a generous amount of items, compelling players to persist with the promise of better loot. Pleasingly, there’s some nice risk/reward elements here as well: although common items might initially offer bit more attacking power, Epic or Legendary articles provide for a higher level cap. Similarly, Grade Points earned through elegantly executed kills allow for things like temporary stat boosts or even or an advance of GigaCals.

Like any respectable killing machine, the Hundred Knight needs a steady intake of nutrients to subsist. Initially, the dwindling GigaCal gauge might seem like an unneeded restriction, putting players on a timer or tethering them to a certain area. Closer inspection shows the ingenuity of the system which goads gamers into doing a bit of resource management. As mentioned Hundred Knight can convert Grade Points in GigaCals or alternatively digest damaged foes. Naturally, consuming enemies has a tradeoff- in this case filling a stomach which is also used to retain loot.  The best way out of this predicament is to use the Bowel Dump or Upchuck commands to reclaim precious gastro-intestinal space.  Much like the Item World, areas prod perseverance, with dividends which correlate to the amount of peril players face. 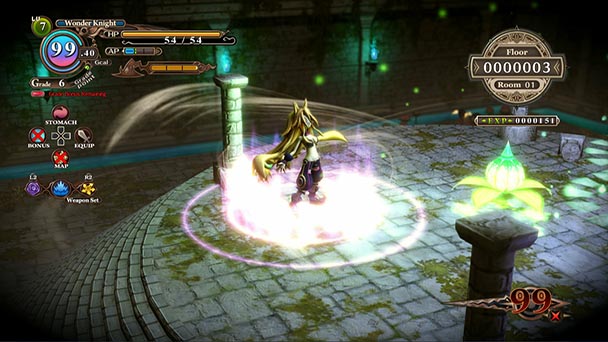 Of course, these are just a few of The Witch and the Hundred Knight’s interconnected systems. There’s also multiple Facets (classes), boss battles, a minion-summoning ability known as Tochka, and the ability to raid houses in villages. Collectively, these elements give the title scalability. Those seeking a simple Diablo-esque adventure can grind their way through stages, while menu-fiddlers will be able to menu-manage their way to success. After years of being forced to talk to tedious NPCs, Hundred Knight’s ability to pummel the local populace feels gratifying and within character for Metallia’s main minion.

Visually, Takehito Harada’s consistently sumptuous character designs benefit from the jump to now-gen hardware as do the game’s ornate ground and environmental textures. The top down perspective still can sporadically obscure the action, compelling players to use the camera control to obtain a better view of the action. Peer past this issue and it’s difficult to not be enchanted by the games aesthetics- especially the quality of the portraits used during dialog sequences. Musically, the title’s tunes wouldn’t be out of place in a Diagaea soundtrack, with compositions constructed with similar sound banks. As expected for a NISA-localized title, the delivers dual-language voice acting. Both renditions are proficient, just expect a bit of dissonance when Metallia’s name is pronounced “Metallica” in the Japanese version. 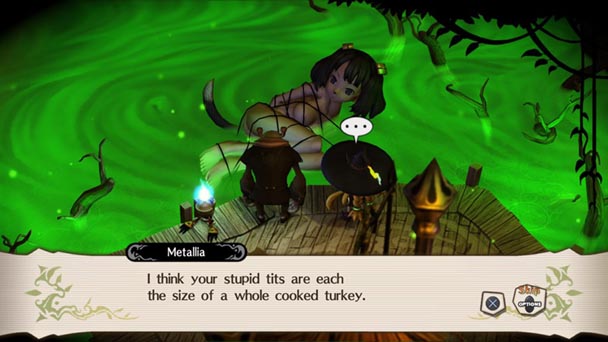 For the PlayStation 4 Revival Edition, NIS extends the Tower of Illusion, a dungeon where the power of enemies and the potency of loot is correlated to the strength of the weaponry you bring inside. While the addition doesn’t mend any of Hundred Knight’s significant issues, it proved to be a diverting alterative to the usual grinding, especially when you can call on Metallia to deliver the hurt on opponents.

For those who already undertook the trek extended by the PlayStation 3 version, the Revival Edition of The Witch and the Hundred Knight won’t offer enough new content to justify a double-dip. But for PlayStation 4 owners seeking an involved dungeon crawler with a storyline centered on a callous lead, the reduced MSRP might be enough on an incentive to be an implement of evil. 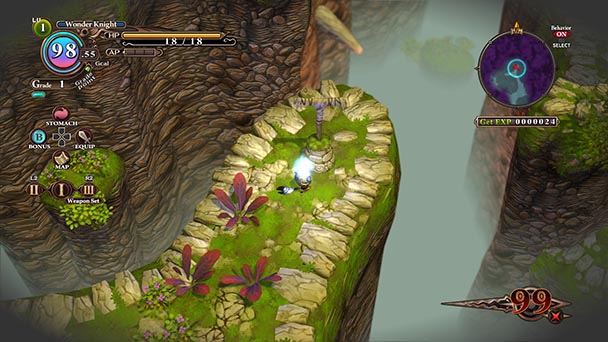 The Witch and the Hundred Knight Revival Edition was
played on the PlayStation 4 with review code provided by the publisher.

Summary : 2014’s The Witch and the Hundred Knight wasn’t a bad game, but modest sales seems to reflect an indifference toward its audience. The Revival Edition doesn’t fix many of those faults, focusing on a visual improvement and a new area where an underpowered or underequipped Knight can develop.