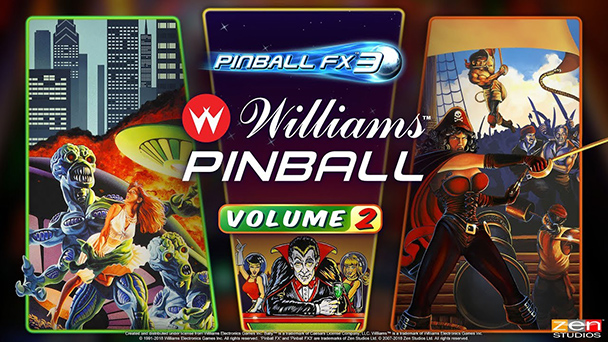 Scientists have noted how aromas can evoke dormant memories and emotions. But delve into Williams Pinball: Volume 2, the latest expansion for Pinball FX 3, and another sense might be stirred. Play with a quality sound system or a high-fidelity headset, and the collection will dazzle eardrums with authenticity. Every rebound from a thumper produces a convincing thud, while each flick of the flippers is nearly indistinguishable from the sound emitted by an actual pinball machine. To makes sure I wasn’t imagining things, I went back and played some of Zen Studio’s previous tables. Sure enough, the sound effects on older expansions sounded hollow and lacked the convincing resonance of Volume 2.

This phenomenon makes a lot of sense. Most of the developer’s previously released table packs weren’t based on actual machines. While incorporating popular properties like Marvel superheroes and Bethesda games, it wasn’t until last October’s release of Williams Pinball: Volume 1 that Zen attempted to simulate real-world tables. Like that expansion, you’re given the ability to play a faithful recreation of actual hardware or enjoy all of the visual embellishments that the studio has weaved into their pinball games. 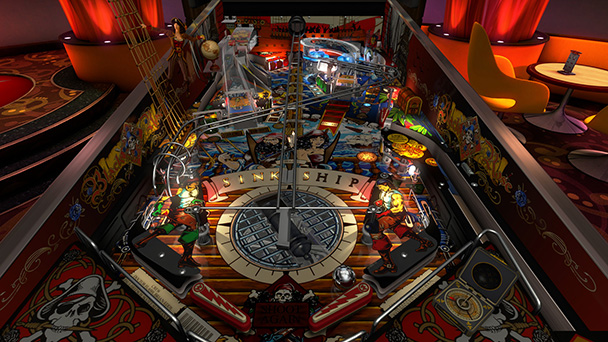 Reality or Hyperreality: It’s Your Choice

Oft for a Classic Game and elements like animated characters, point totals that careen off targets, and a trail on the ball are all discarded. Notably, the angle of the machine even feels more like an actual arcade machine as you’ll struggle to keep the silver orb from disappearing down the drain hole. This is Zen’s take of simulation and until I’m able to bring my laptop to the Las Vegas Pinball Hall of Fame for a side-by-side comparison, I’ll have to vouch for the physics.

Or you can select to play a round of pin with all of Zen’s trimmings. Liberties are taken, but none of the accompaniments taint the spirit of the table. Here, Black Rose’s eponymous character might cavort across a rigging or missile might could across the table in Attack from Mars. Each is subtle enough to not create too much distraction while contributing personality to the table. 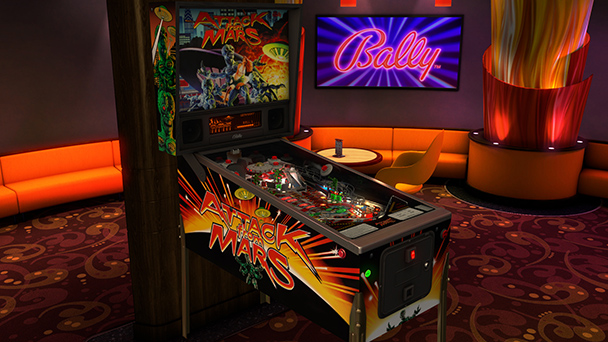 A Trio of Notable Nineties-era Tables

Originally released by Bally in 1992, Black Rose incorporates a pirate motif, showcasing a head scarf-clad maiden on its back glass and ramp and rail-adorned playfield. Thematically, the idea is too sink other ships, which is incorporated into the rotating cannon situated between the two slingshots. Hit a skill shot, drop a trio of target banks, or roll the ball across a ramp multiple times, and you’ll earn the opportunity to fire the big gun. As the cannon spins, if you launch a ball into a flashing lane, you’ll earn a letter in “SINK SHIP”. Miss, and you’ll have a brief period to hit the ammo box and try again.

Whether you have illuminated the eight letters or not, you’ll want to strike the broadside hole at the top of the playfield. With “SINK SHIP” lit, you’ll send a vessel to Davy Jones’ locker. Otherwise, you’ll earn a hefty bonus, multiball, or even a video mode where you’ll throw a knife at a target. With shifts in tempo and a multitude of targets, Black Rose is undoubtedly a solid table. 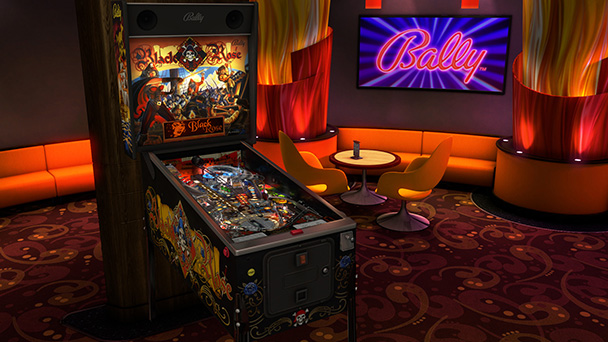 1995’s Attack From Mars revolves around an Martian invitation, bringing a dollop of ‘50s-era campy sci-fi. With antiquated saucers and four squirming alien figures that offer the potential for multiball, the table offers a tantalizing array of targets and an assembly of ramps at the top of the playfield. Gratifyingly, the machine permits players to earn extra balls with too much difficulty.

Mars has a number of features that will tantalize players. The arrangement of ramps makes for easy aiming, while the vacant section at the bottom of playfield allows for some fast ball speeds. The game’s scoring system is comically exaggerated with multi-million point shots, permitting players to score in the billions. 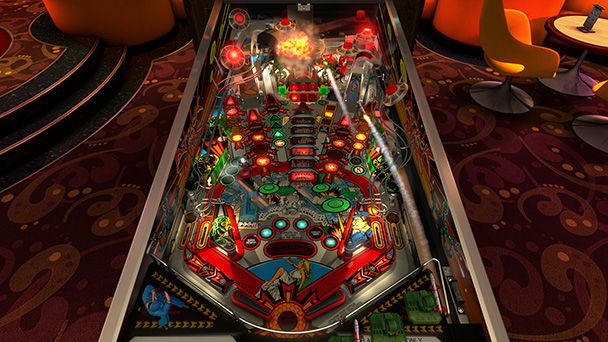 Incorporating characters from previous Bally/Midway machines like Party Animal, Elvira and the Party Animals, and Dr. Dude and His Excellent Ray, 1991’s The Party Zone focuses on the inter-dimensional festivities of Capt. B. Zarr. Eccentricity is the running theme here, with a character head toy that follows the action, a dancing crash test dummy, and a purple ‘Cosmic Cottage’ on the top right of the field.

Previously simulated as a table for The Pinball Arcade, this version is still missing two songs (“Purple Haze” and “Come Fly with Me”) due to licensing issues. While the ruleset is a bit on the shallow side and the two-orb multiball limit will undoubtedly irk some, the table’s wacky voices, spirited music, and abundance of targets means it’s a solid if not exceptional inclusion. 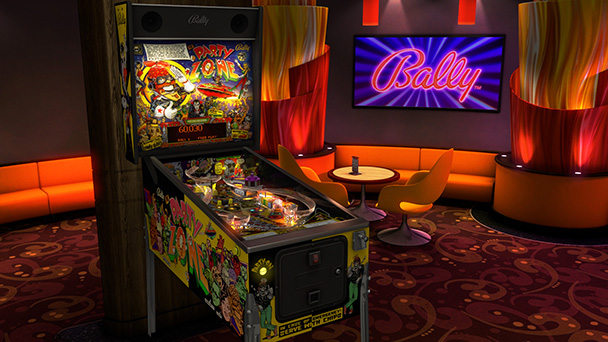 Since Pinball FX 3 is a free download, players only have to pay from the table bundles they want. Ten dollars for a trio of licensed tables is equitable deal, especially for those who might not an arcade with physical tables near. Bolstered with Zen’s optional table upgrades, online leaderboards, and community focused features, in some ways Williams Pinball: Volume 2 outshines the actual tables.

Pinball FX3 – Williams Pinball: Volume 2 review
Sounds Like Fun Scientists have noted how aromas can evoke dormant memories and emotions. But delve into Williams Pinball: Volume 2, the latest expansion for Pinball FX 3, and another sense might be stirred. Play with a quality sound system or a high-fidelity headset, and the collection will dazzle eardrums with authenticity. Every rebound from a thumper produces a convincing thud, while each flick of the flippers is nearly indistinguishable from the sound emitted by an actual pinball machine. To makes sure I wasn&rsquo;t imagining things, I went back and played some of Zen Studio&rsquo;s previous tables. Sure enough, the&hellip;

Summary : With two great tables and another solid one, Williams Pinball: Volume 2 adds a respectable collection of times to the Pinball FX 3's library.