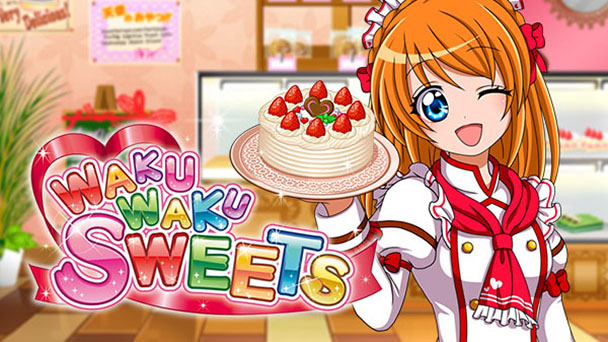 Movie studios like Walt Disney Pictures, Pixar, and DreamWorks craft films capable of entertaining both children and adults. But in the realm of interactive entertainment, few firms outside of Nintendo have been able to consistently charm both types of audiences. One of the rare outsiders who has been able to generate crossover appeal was Cooking Mama Limited, the Yokohama-based developer responsible for a succession of cheerful titles which loosely simulated the culinary arts, eventually sold over four million copies.

At first, the recent eShop release of Waku Waku Sweets seems like a brazen clone of the Cooking Mama formula. Similarly, recipes are broken down into steps that will have players gesturing with their Joy-Cons or using a conventional control scheme. Whereas, the 3DS version incorporated touchscreen support, it has been eliminated here, presumably because fingers aren’t as precise as a stylus. But whether you opt for motion controls or not, success hinges upon simulating the steps used to create a variety of different foods. 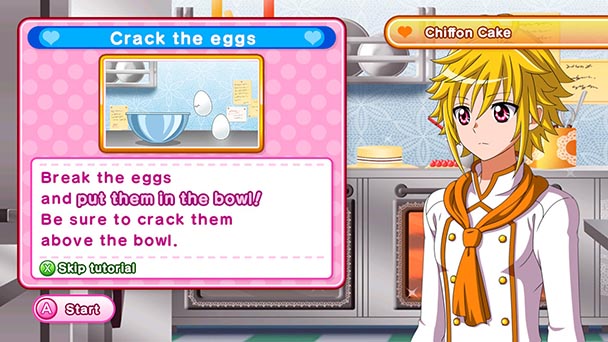 But where Mama’s franchise didn’t offer much beyond the mini-games, Waku Waku Sweets extends characters, a congenial setting, and contests, providing motivation for your actions. It might seem like a fairly insignificant addition, but the presence of a lighthearted plotline enlivens Sweets, concocting an experience that almost as irresistible as the food represented within.

The title’s prologue introduces players to Lime, the game’s youthful protagonist, who has recently hired by the Fil Rouge patissiere. While she lacks experience, she personifies ganbaru, approaching every recipe and task with uninhibited enthusiasm. At the bakery, she’s mentored by a team of sociable coworkers, while at home she interacts with Puffee, an anthropomorphic rabbit. Save for a friendly competition with a recurring rival who often appears during baking contests, Waku Waku Sweets is teeming with supportive, buoyant rapport. Sure, it’s idealistic and the encouragements are a bit repetitive, but it’s the kind of escapism that can make games so gratifying. 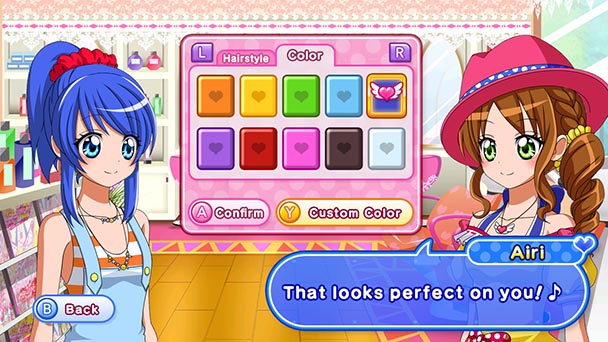 But it’s the gameplay that makes Waku Waku Sweets special. Unlike Cooking Mama, were recipes were often undetermined by a step with dodgy controls, inputs have been thoroughly thought out. While the gestures and stick maneuvering err on the simplistic, they avoid misinterpretation and the frustration that emerges from a single botched action. Whether you are spreading anko between two cakes to make dora-yaki or cutting a cake in eight sections, Sweets offers on-screen guidance, highlighting the actions you need to take. Largely, that will be a big help to younger chefs.

Sure, all the mini-games aren’t winners, with some steps being a bit too simplistic. But each is responsive with on-screen meters that fill as you complete each action. Typically, each step concludes with a satisfying visual representation of your food advancing toward completion. Whether it’s the tantalizing golden bronzing of a perfectly baked chiffon cake, or the realistic swirl of blending ingredients in a bowl, Waku Waku Sweets does an admirable job at depicting each of the game’s 100+ recipes. What’s especially commendable about the game is the multicultural approach to foods, with American, European, and traditional Japanese available to players. I don’t have children, but if I did, I want them to see the variety of dishes on display. 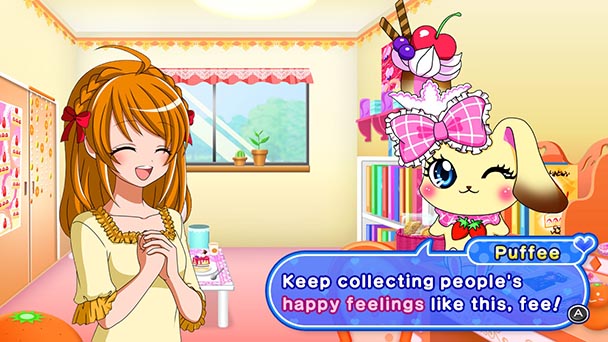 Another successful constituent is the way Waku Waku Sweets goads gamers along. Instead of thrusting you down a succession of just cooking confections, there is a pleasing gameplay loop that drives the action. After you complete your training, foods created at the patissiere earn you a bit of coin, that can be used to either purchase recipe variations, or even spent at the town salon to give Lime a makeover, possible encouraging you to take on extra shifts. Or potentially, you can pursue professionalism, trying to impress the palettes of your coworkers, thereby earning new recipes. If neither of these pastimes interest you, you can also chase altruism, baking good to increase the overall happiness of your fellow townsfolk.

Occasionally, you might run into minor issues. Whether or not you opt for motion controls, you’ll have to proceed each step with a press of the light shoulder button. Although it’s not a big issue, it does disruption the sense of immersion when you’re repeating the same action multiple times. Navigating the recipe index is a big harder that it should be. At first, you’ll have to scroll past dozens of locked dishes before finding the right one because Sweets doesn’t prioritize known recipes. But any vexation was soon lost by an approach that’s a little too close to real life, as I drown any irritation in chocolate eclairs and matcha dora-yaki. 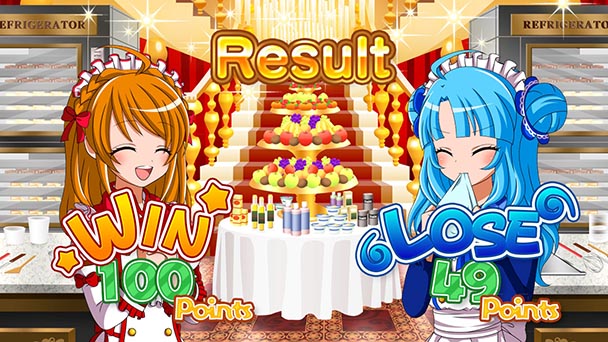 Pleasingly, Sweets isn’t a no-frills port of the previously released 3DS iteration. Beyond the upscaled character art, ingredients, and backdrops, and additional animations, you’ll discover new conversations, people, and an enlarged town. Mercifully, the game includes new outfits for Lime that can be accessed via passwords, rather than via a separate purchase. This iteration also includes a timer that will return the game to the title screen after a prescribed duration, limiting the playtime for Sweet’s younger audiences.

Sure, Waku Waku Sweets isn’t for everyone. There’s little conflict to be found when you’re stirring batter or putting the pieces of choux pastry together. But there is satisfaction to be found in this light-hearted cooking simulation, both in the process of making each delectable dish and witnessing Lime grow as a budding chef. Mama, make room- there’s a new prodigy in the kitchen, and she’s filling hearts and stomach with cheerful sense of ganbaru.

Waku Waku Sweets was played on the Switch
with review code provided by the publisher.

Waku Waku Sweets (Switch) review
Movie studios like Walt Disney Pictures, Pixar, and DreamWorks craft films capable of entertaining both children and adults. But in the realm of interactive entertainment, few firms outside of Nintendo have been able to consistently charm both types of audiences. One of the rare outsiders who has been able to generate crossover appeal was Cooking Mama Limited, the Yokohama-based developer responsible for a succession of cheerful titles which loosely simulated the culinary arts, eventually sold over four million copies. At first, the recent eShop release of Waku Waku Sweets seems like a brazen clone of the Cooking Mama formula. Similarly,&hellip;

Summary : Waku Waku Sweets, like its simulated confections, is a tasty treat. Imagine Cooking Mama with a bit more meta-game to motivate you, and you’ll appreciate what’s cooking here.