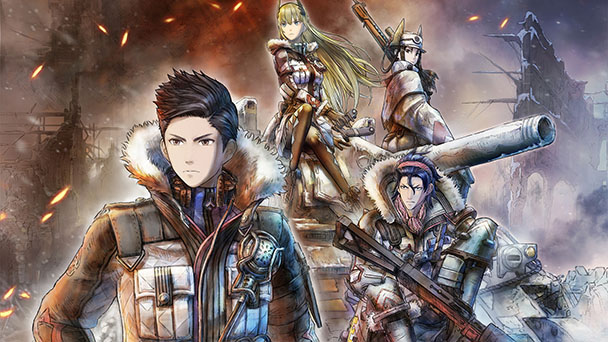 The 2008 release of Valkyria Chronicles was thoroughly enjoyed by a community of console-owning strategy fans. Shirking the slow-pace of most tactically-oriented titles, an overhead view of the battlefield repeatedly switched to a third-person perspective. During this shift, characters moved in real time and targeted enemies in a manner similar to many action games. There were constraints, of course, with Action Points limiting the scope of your actions. However, the game effectively bridged the gap between sluggish turn-taking and the accessibility of action-driven titles.

But the game’s follow-ups moved the conflicts onto a portable platform. Naturally, the transition to less powerful hardware lead to a number of sacrifices. But at least Valkyria Chronicles 2 was released in the West. Woefully, the third iteration never made a stateside appearance. When SEGA did attempt to revisit the context for a subsequent spin-off, Valkyria Revolution seemed to shun much of the strategy-driven gameplay that catapulted its predecessor to critical acclaim.  But now, a decade on, the publisher has rekindled the spirit of the original game, while adding enough innovation to keep Valkyria Chronicles 4 from feeling like an empty retread. Although an entire console generation has advanced, this new outing understands what made the original game so compelling. 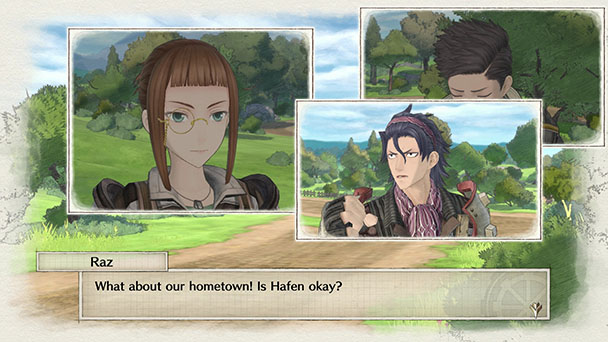 The original Chronicles depicted the Autocratic East Europan Imperial Alliance invading the neutral territory of country of Gallia, spurred by the desire of a powerful resource named Ragnite. The imperialistic actions characterized the deeds of the Axis power during World War II, right down to the military hardware and uniforms. The game’s muted, hand-drawn style visual aesthetic simultaneously evoked comparison to war journals and the sepia-tones signified the muted colors associated with period war drama.

Shrewdly, Valkyria Chronicles 4 is situated simultaneously, focusing on the exploits of Squad E, a new cast of characters who storm the front lines. This time the inspiration is the Allied Force’s offensive drive into Germany, as the squad hopes to put an end to the war by capturing the Imperial Capital. Leading a spearhead known as Operation Northern Cross, Commander Claude Wallace and the rest of Squad E demonstrate how war transforms its combatants. 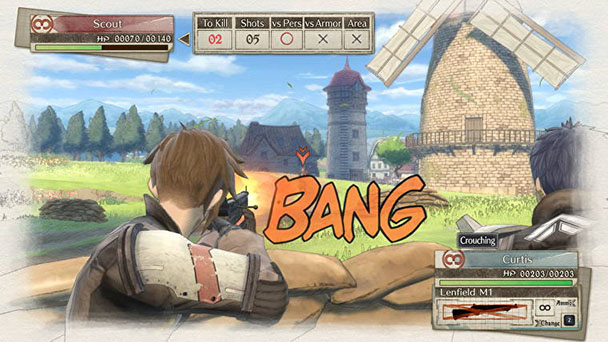 Wallace’s gradual transformation from self-doubting, freshly commissioned officer to inspirational leader is hardly surprising. War films have consistently shown that the road to becoming a charismatic leader is through wrenching tribulation, filled with the kind of setbacks that might inhibit those with less determination. And initially, Squad E’s ranks are occupied by the kind of tropes and personality quirks that might help populate a pulpy war film. Raz is the impetuous hothead who came from an underprivileged upbringing. His unshakable demeanor and athleticism are traits that have undoubtedly fueled his flight out of the Gallian slums. Kai Schumen is the sniper with a deadly aim an incongruously cool attitude and an obsession for freshly baked bread.

But like many other Japan-born titles, Valkyria Chronicles 4 uses these traits at a launching point rather than a complete characterization.  Steadily, we lead more about the game’s colorful cast, endowing each character with distinction, and ultimately a sense of attachment from the player. Much of the enjoyment stems from observing the interaction between comrades and witnessing the slow reveal of character arcs. While the leads are impervious thought the game’s forty-hour-plus trek, secondaries don’t enjoy the same security. Once killed, they remain dead through the remainder of the game. Likely, you’ll experience a bit of sadness with their demise, speculating how the war might have changed them. Unlike the permadeath of most games, where another combatant is waiting in the wings, there’s a heart-wringing sense of less as you’ll won’t see their story, unless you start the game anew. 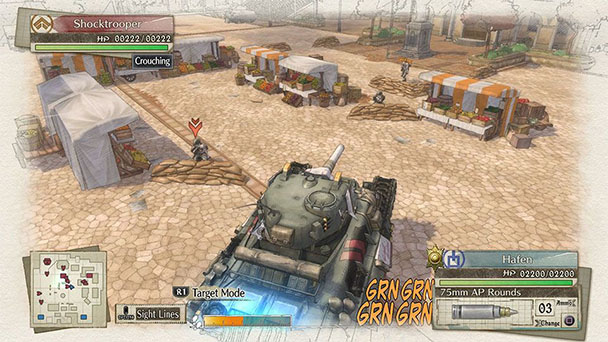 Given the emphasis on storytelling, it’s hardly unexpected to find the inclusion of Squad Stories, which mirror the extra content offering by Ellet in the original games. As the bond between different character grow you’ll be privy to unlockable cutscenes and bonus missions, which offer additional development and backstories. And since much of the tension in Valkyria Chronicles 4 comes from ensuring the safety of your squadmates, these help contribute to the bond you built with each of them. And just try to avoid falling in love in Ragnarock, aka Rags, Squad E’s devoted K-9 member.

Sadly, stats in strategy games are often divorced from story, save for the broad sense of progression as units level up. But with the game’s Battle Potentials, you’ll find that abilities can fluctuate circumstances. A character found of tanks might experience a brief boost in accuracy when they are near one, reflecting a positive mental state. But there are also negative potentials as well, and one character who drank alcohol to cope with the war was effect by the consumption, destabilizing her ability in combat. While the latter can be upsetting, it’s in line with the developer’s ambitions to underscore the uncertainty of warfare. 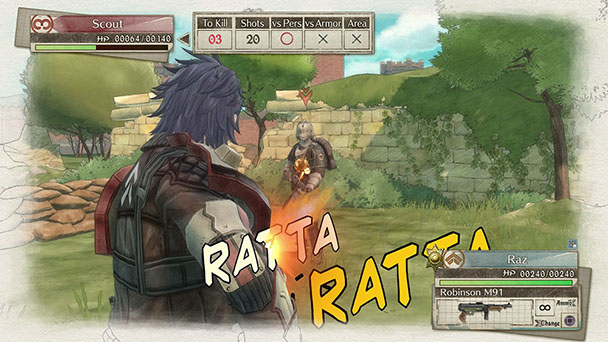 And when members enter the fray, Chronicles 4 captures the unexpectedness elements of combat just as well. Battlefields are large, abandoning the smaller interconnected areas of the second and third franchise entries. And with their size, comes an element of uncertainty, as enemies could be laying in wait almost anywhere, especially on some of the game’s high difficulties. Effectively, the game cultivates identification with character, then tasks you with guided them through areas where danger could be lurking almost anywhere. All the time, you’ll worry that a single imprudent decision can knock them out, and if a medic doesn’t arrive in time, pull them out of the entire game. At these moments you’ll be thankful that the occasional moments of conversation humor can create a short reprieve in the tension. Typically lasting between a half-hour to and hour, missions are lengthy, and Chronicles 4’s tendency to change things up mid-mission certainly adds to the pressure.

Chronicles boasted five different classes, with quick-moving scouts, machine-gun toting shocktroopers, assistive engineers, armor-attacking lancer, and sharpshooting snipers each bring their own strengths and weaknesses to the front lines. For this outing, grenadiers have been added, and they fit quite into the game’s composition. Able to shell long-range targets and ensure the eliminating of enemies in remote areas, they’ll add an important tool into your arsenal. 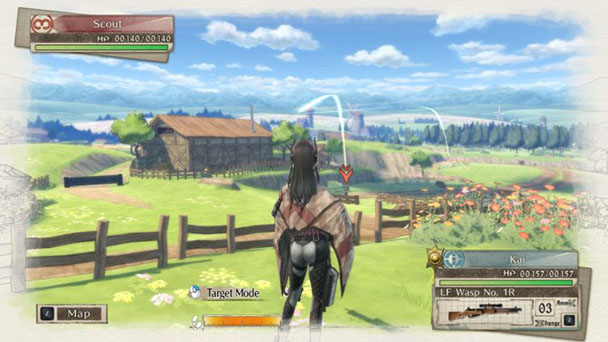 What’s especially enjoyable about Chronicles 4 is the incorporation of equifinality into missions. While you can play the game pragmatically, enjoying success by making the by-the-book decisions, you’re also free to experiment, discovering exploits that can give you the upper hand. The only downside to the game’s missions emerge in the post-victory evaluations. Here, you’ll essentially be rewarded for completing missions as quick as possible, rather than say, ensuring the safety of your team. Just like in the predecessors, you’ll use these war funds to upgrade your tank, weapons and characters. Nicely, augmentation applies to the entire armament or class, rather than just an individual.

For some, Valkyria Chronicles 4 might play things a bit too safe, with only some subtle additions to the formula of the first game. But given the second, third, and spin-offs divergences, Valkyria Chronicles 4 is a thoroughly welcome return to form for the franchise. Adept at both storytelling and generating strategizing, it’s easily one of top tactical efforts to arrive this year. 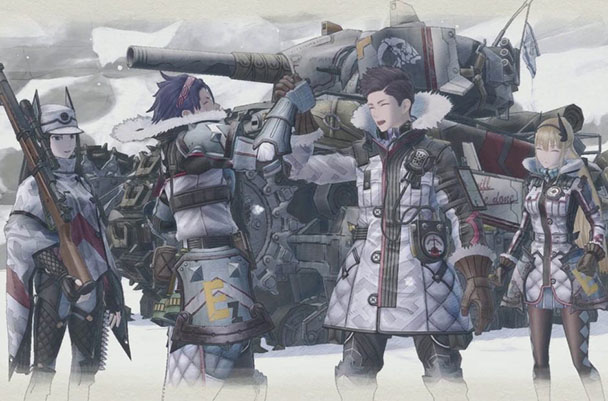 Valkyria Chronicles 4 was played on the PC with review code provided by the publisher.

Valkyria Chronicles 4 review
The 2008 release of Valkyria Chronicles was thoroughly enjoyed by a community of console-owning strategy fans. Shirking the slow-pace of most tactically-oriented titles, an overhead view of the battlefield repeatedly switched to a third-person perspective. During this shift, characters moved in real time and targeted enemies in a manner similar to many action games. There were constraints, of course, with Action Points limiting the scope of your actions. However, the game effectively bridged the gap between sluggish turn-taking and the accessibility of action-driven titles. But the game&rsquo;s follow-ups moved the conflicts onto a portable platform. Naturally, the transition to less&hellip;

Summary : With an involving cast of characters, a sumptuous art style, and an intriguing take on turn-based battles, Valkyria Chronicles 4 may have taken ten years to arrive, but the wait was largely worth it.