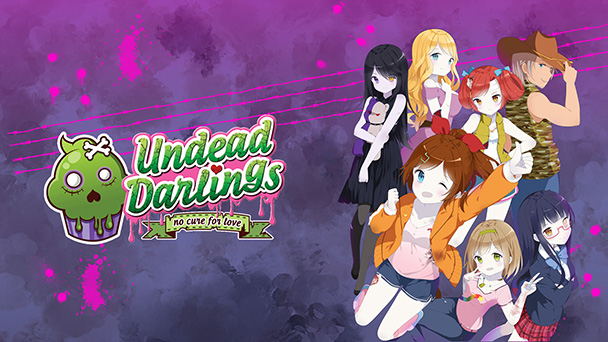 A product of undeterred ambition, Undead Darlings ~no cure for love~ offers a blend of amusing visual style storytelling and absorbing dungeon crawling. Frequently, blends these two genres result in at least one slapdash component. But here, exploration and exposition are both adept. 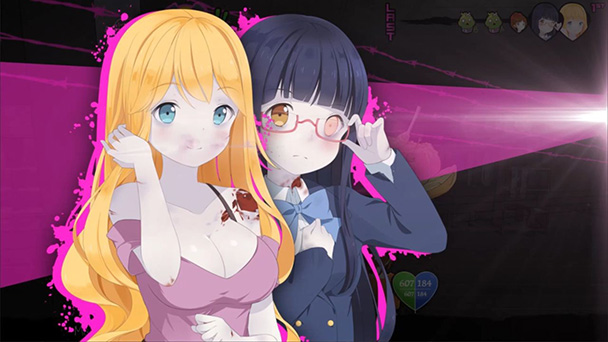 Inaugural efforts crafted by independent studios are often extraordinarily ambitious. But tragically, few teams have the resources to turn those aspirations into reality. When I first got an early look at Undead Darlings ~no cure for love~ about five years ago, the designer’s goals seemed quite lofty. After all, we’ve seen seasoned developers stumble when attempting to balance visual novel storytelling and first-person dungeon exploration. How could a plunky upstart hope to match their labors?

Certainly, a pair of unsuccessful crowdsourcing attempts might have overwhelmed weaker developers. But Mr. Tired Media’s Nick Doerr remained resolute, even as plans for a Vita version of the game gave way to a Switch iteration. However, at long last, Undead Darlings is here. All too often, indie projects that have fought their way to fruition arrive battle-worn, with an inventory of compromises and caveats. But No Cure for Love has surprisingly few issues, making good on those design decisions laid out years ago. But more importantly, it’s an extremely satisfying experience, rivaling the works that helped inspire it. 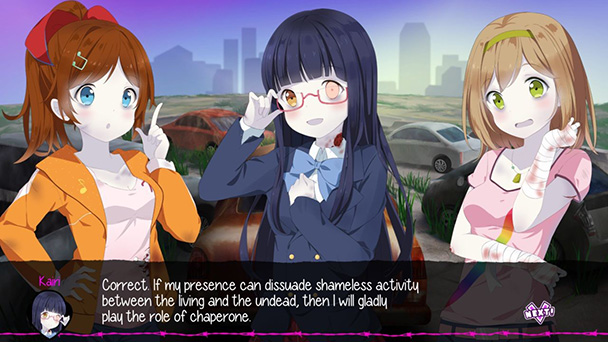 Like many visual novels, Undead Darlings is rooted in familiarity. Protagonist Reginald Happenstahnce wakes up one day to find the world engulfed in chaos, with a zombie outbreak threatening to end humanity. While the accompanying music channels the uneasiness felt by horror movie soundtrack, it’s counterbalanced by formula that will be evident to any fan of manga or anime.

Reggie’s awakening is accompanied by a visit from childhood friend/next door neighbor and half-zombie Pearl, and the pair get along like they’re been married for decades. Naturally, their rapport invokes jealousy with the other ‘Darlings’ that gradually emerge in the storyline, positioning Reggie in the middle of a traditional harem-style romp. 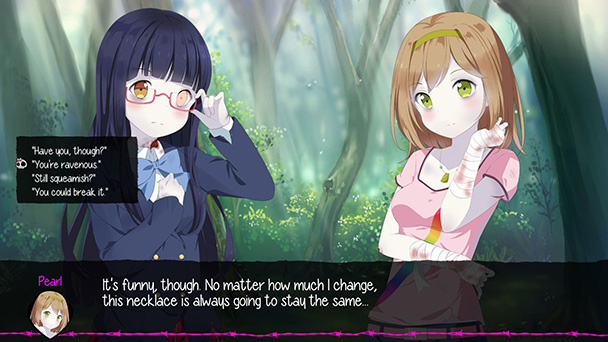 Could Dichroma the Stuffed Bear be a Reference?

Remarkably, No Cure for Love simultaneously obeys and satirizes convention. Early on, it’s mentioned that Reggie’s scientist father might have inadvertently causes the outbreak. But adhering to convention, he’s also might be the only one capable of creating an antidote. Procuring the remedy represents the game’s winding journey through the underworld, pushing players on a roundabout path toward recovery. Yes, the meandering plotline doesn’t make much sense and you’ll ask yourself why Reggie’s father seem to sabotage his son’s chances with a multitude of nested quests.

But No Cure for Love habitually fourth-wall breaking conversations sporadically prod us with the incredulity of the set-up. These logical disparities are noticed by the characters, who quickly step back into their roles. Often, this kind of referential humor can undermine immersion, but here the digressions are both fleeting and funny enough where the metafiction doesn’t feel like a crutch. But adeptly, this approach doesn’t interfere with the game’s storytelling. Progressively, you’ll learn about each of each half-zombie’s backstory, which often focus on overcoming adversity. Some of them are even a bit tender. 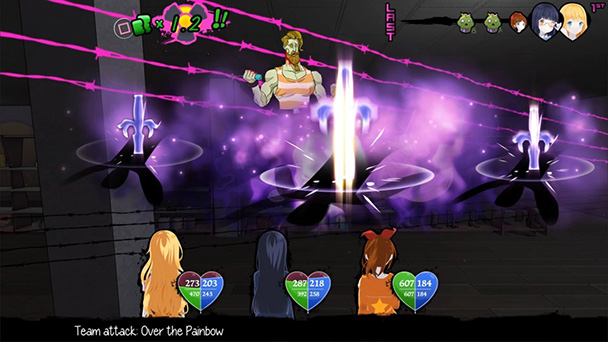 Tell Me Another One of the Stories, Buck

Deftly, Undead Darlings offers dialog decisions that keep things from growing too static and feed into the game’s affinity system. Offer a response that one of the girls likes and your bond will flourish. Refreshingly, players aren’t punished for selecting one of the puckish conversational choices. Building rapport with different Darlings influences which of the game’s endings you’ll see. But since the girl’s reactions can seem a bit arbitrary, you’ll want to make the best use of the game’s two save slots. Beyond offering additional slots, it would have been gratifying to see relational affinity play a role in combat.

No Cure For Love’s dungeon-crawls are every bit as rewarding as its exposition. Gradually filling in the game’s mini-map reveals some of the cartographical pleasure found in the Etrian Odyssey series, even if the labyrinthine levels lack the gimmicks and force players into revisit previously reconnoitered stages. Some of the satisfaction stems from the fluidity of sculking through each environment, and the small details like a heart made of Post-Its that remains in post-apocalyptic police station. 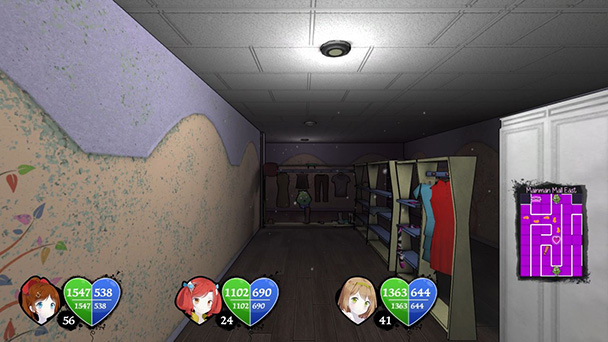 If you’re like me, you’ll wish you could zoom in to peruse every white board and piece of signage. But you’ll likely take solace in the Mr. Tired Media’s predilection for homage. From one of the Darlings fondness for 90s films to continuing George A. Romero’s critique of consumerism, media-savvy players should appreciate Doerr’s dialog. And yes, mentions of pandemics, uprisings, and confederate hats can feel a bit peculiar given recent events. But No Cure for Love persistently resists gloominess or maintaining a position on the political spectrum.

Combat pits up to three Darlings against both fixed and random encounters (the latter can be turned off in subsequently playthroughs). Although the game’s easiest difficult setting tempers the level of adversity, most players will have to exploit the game’s mechanics to make it out of dungeons alive. Elements like an EE (Exponential Exploitation) meter, where a multiplier grows with each successful exploit against enemy weakness, add a distinctive risk/reward option. Harness the incentive, and a simple attack will be amplified. But get greedy, and a single missed strike will reset the gauge. Another cool integration are macros, which offer preset party attacks. 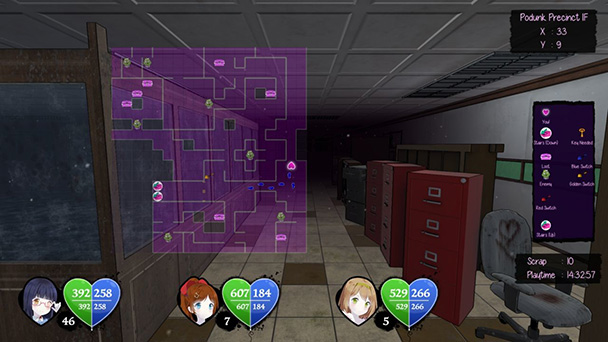 Both aren’t without issue. Averted attacks are frequent, diminishing the enticement with the EE meter. And ideally, macros wouldn’t be mapped to directional keys or shoulder buttons instead of submerged in the menu system. Another blemish stems from the integration of breakable equipment. While the developer seemingly wants to generate interest through inventory management and varied party member loadouts, frustration can emerge. On the other side of the equation, the game’s visual novel segments could use a backlog as well. But none of these problems truly detract from Undead Darlings’ charming experience.

With both strong writing and enough sophistication to make encounters compelling, No Cure for Love succeeds at the fundamentals. Just as importantly, it also prospers aesthetically. With well-drawn character portraits, quality CGs, and good-looking dungeons, it’s a visual performer. Small extras, such as particle effects and a pink barbed wire motif that unified the game’s two components are eye-catching as well. With a catchy opening song, dialog professionally voiced in English, the game’s audio is just as adept. 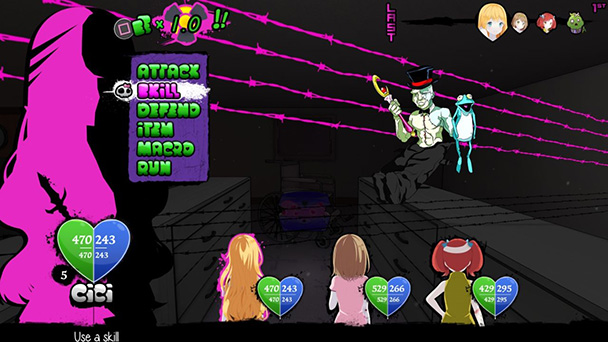 As with any dungeon crawl, you’ll occasionally struggle with inventory management and the sporadic boss that ushers in a frustrating difficulty spike. But given Undead Darlings’ grasp of visual novel, dating sim, and role-playing elements, it’s hard to tell if this is satirical or serendipitous. As with an adept work, its enigmatic, just like many of the game’s unconventional monsters and quirky references.

Disclosure: Tech-Gaming contributor Ryan Phillips is thanked in the game’s
credits; this had no influence on the review. Undead Darlings ~no cure
for love~ was reviewed on Switch with review code provided by the publisher.

Undead Darlings ~no cure for love~ review
A product of undeterred ambition, Undead Darlings ~no cure for love~ offers a blend of amusing visual style storytelling and absorbing dungeon crawling. Frequently, blends these two genres result in at least one slapdash component. But here, exploration and exposition are both adept. Inaugural efforts crafted by independent studios are often extraordinarily ambitious. But tragically, few teams have the resources to turn those aspirations into reality. When&hellip;

Summary : If Quintin Tarantino grew up playing Japanese role-playing games instead of watching films, his first work would probably be a lot like Undead Darlings ~no cure for love~. Filled with colorful characters, punchy dialog, and a procession of pop culture references, it’s great fun to digest.