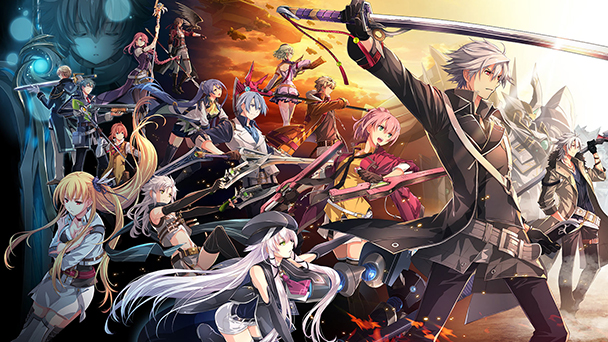 Despite hundreds of hours of preceding exposition, The Legend of Heroes: Trails of Cold Steel IV still has stories to tell. From additional character development, political scheming and the mindsets that accompany it, heroism and sacrifice, most of the major themes are present and accorded for, making this an impressive coda on a role-playing masterpiece. 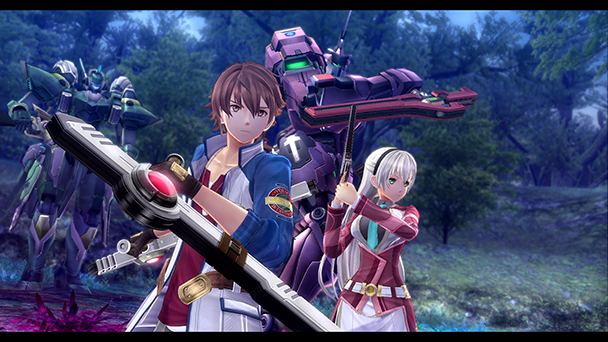 The release of The Legend of Heroes: Trails of Cold Steel IV is an unprecedented moment in gaming. Role-playing properties can be prolific, as evidenced by Final Fantasy’s fifteen mainline series entries. But each title in Square-Enix’s famed franchise takes place in its own individual universe. There’s some thematic overlap, with recurring spells, creatures, and items, as well as the sporadic sequel, but largely, the barrier to entry is consistently low.

But Trails of Cold Steel is a completely different type of work. With the release of the fourth and final sub-series entry, the ongoing narrative represents one of those rare tetralogies found in the interactive medium. Merely getting to the concluding chapter will take at least 250 hours, which is a conservative figure, given the franchise’s fondness for noncompulsory pursuits. Looking at this in another way, it would take six solid work weeks of playtime to prepare for Cold Steel IV’s own 100-hour marathon. 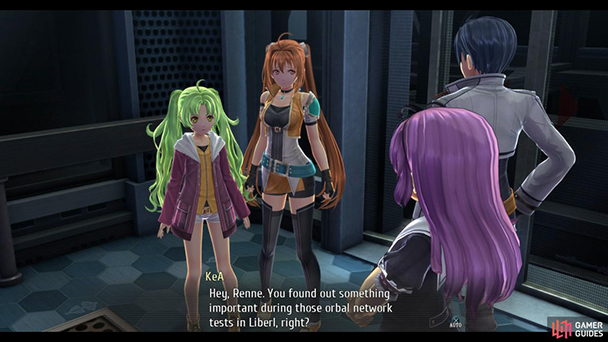 This is the bare minimum. As the coda of the larger Kiseki arc, Trails of Cold Steel IV revisits characters and plot points that stretch all the way back to The Legend of Heroes: Trails in the Sky. Which means for many, events in the Crossbell arc (spanning Trails from Zero and Trails to Azure) are still undiscovered, with the duology lacking any stateside localization. Few properties have ever required as much involvement from players. Arguably, fewer franchises have cultivated such an emotional involvement for their characters. I’ve spent as much time with the Rean Schwarzer and some of his Class VII mates as I have with real-life acquaintances.

Ambiguity Ahead to Avoid Spoilers

Cold Steel IV’s main menu offers a skeletal synopsis of the previous three entries. Expectedly, these only scratch the surface of a franchise known for its detailed backstories, elaborate world building and shifting allegiances. As such, I advocate at least jumping back to 2015’s Trails of Cold Steel, and for the dedicated role-playing aficionado, 2011’s Trails in the Sky. Trek toward the end of Cold Steel III, and you’ll encounter one of those vexing cliffhangers where hope is all but extinguished. At this sullen point, confidence is rooted in the existence of a sequel. 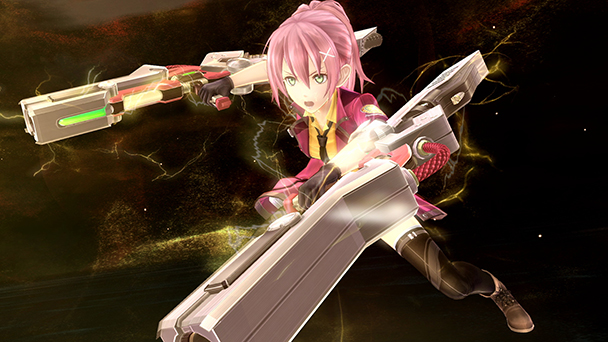 Set two weeks after Cold Steel III’s conclusion, tense urgency dominates IV’s opening act. Shrewdly, Nihon Falcom balances peril with a reunification of some familiar characters. It’s here that Cold Steel IV shines, providing the kind of gratifying character development that you’ve probably hoped for. If you’re still hold the old Class VII in higher regard than their newer counterparts, IV will heartily challenge those sentiments. Much of this is rooted in the multitude of motivations for each character.

Weaving motives into battlefield conversations doesn’t feel natural, so the use of Bonding Points from previous entries make a return. During more serene moments, Rean’s affability encourages characters to share their internal thoughts, leading to some remarkably heartfelt moments. But when IV’s new Special Moments have female characters fawning over Rean, (a reoccurring notion throughout Cold Steel), these interludes can feel forced, as Cold Steel has long established his magnetism. 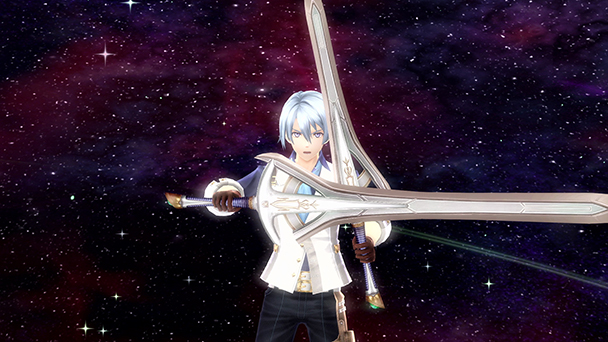 Woefully, that’s not the only expositional misstep. While the first act plays out at a brisk pace, the game’s middle feels a bit redundant. Here you’re soaring above western Erebonia in an airship, revisiting locations in an effort to push the plot along. Typically, Falcom is proficient at masking a procession of errands with regular doses of absorbing exposition and taunt tensions. But here, the tedium of successive assignments becomes apparent, making Cold Steel IV’s mid-section feel like playtime padding.

Given the span of the Cold Steel arc, other minor redundancies are present. While characters who return from a presumed death are a ubiquitous defect in media, its overdone in Cold Steel IV. Ultimately, this extinguishes tension from most situations, with Falcom exploiting the gimmick a few too many times. Likewise, the abrupt shift of allegiance can inhibit immersion in the storyline, with a few dubious turns that aren’t foreshadowed in the script. 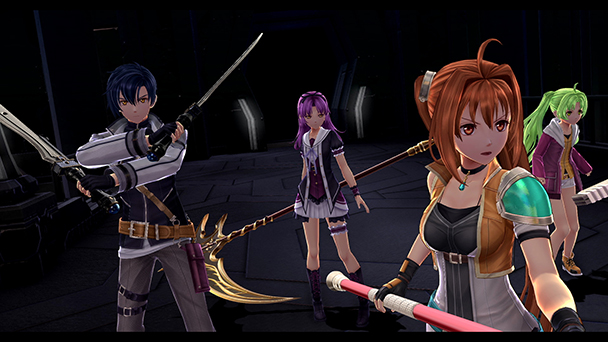 Despite these missteps, Cold Steel IV’s storyline still has several merits. Leading these traits is the depiction of country under swift tyrannical rule, complete with the specter of seized storefronts and the hushed tones of witnesses to the changeover. Remarkably, these changes are even reflected in the in-game economy, where the price inflation of items is evident. It’s this attention to detail that makes the series so compelling.

The Power of (Simulated) Friendship

The game’s other virtue are the optional events which connect to preceding storylines or characters. Given the amount of exposition across the Cold Steel arc, occasionally cognizance was protracted. But when it hit, it often punched hard, and I really felt like I was reunited with old acquaintances. Role-playing game often thrive from their parasocial interactions, simulating the bonds between actual people. Given the investment of time and quality of Legend of Heroes’ interactions, Cold Steel IV truly capitalizes on its efforts. Even after the canonical ending (achieving by loading your game after a credit roll), I was still thinking about Rean, his allies and acquaintances. While Cold Steel IV strives for closure, it will likely reverberate in your thoughts for months to come. 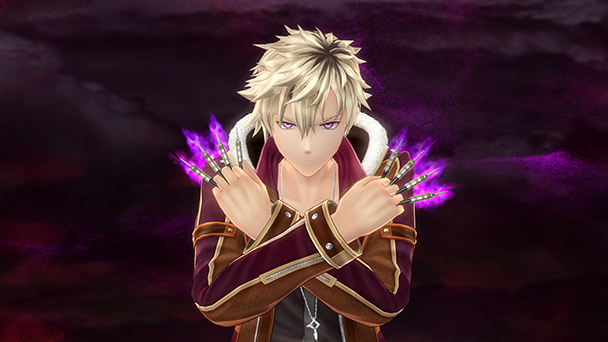 Mechanically, Trails of Cold Steel IV makes a few tweaks to improve fighting. Satisfyingly, the Break and Order systems receive the bulk of modification. The former has been toned down, with foes needing more Break damage before the infliction of substantial damage can happen. Additionally, bosses can revitalize their Break meter, making these showdowns more tactical and less exploitative. But if things ever get too tough, you can still change the difficulty setting. Likewise, Orders are weaker until they become augmented by treasure chest or trials missions.

Vantage Masters makes a reappearance with the addition of a greater number of opponents, as well as new cards and Masters that were only available to CPU rivals. While in Crossbell, you can partake in poker or blackjack, earning medals that can be exchanged for items. But the biggest inclusion is undoubtedly Pom! Pom! Party!, a Puyo Puyo clone. Pleasingly, success can increase character bond, providing an attractive incentive for play. 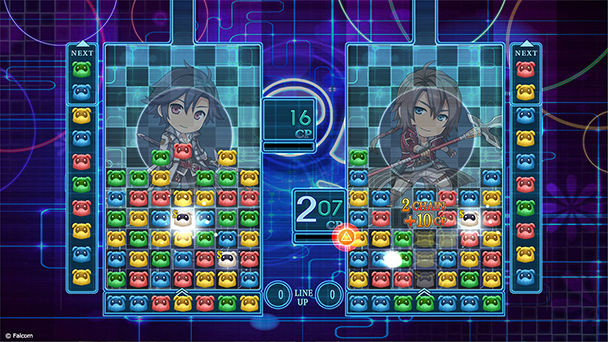 Visually, Cold Steel IV largely maintains the sixty frame-per-second output of previous entries. Save for some asset recycling from previous destinations, the game’s hundred+ hour journey is thoroughly attractive, flaunting detailed environments and returning characters rendered in three-dimensions. Unfortunately, the game’s localization has a number of glaring inconsistencies, errors, and formatting issues. Undoubtedly, it’s a huge script, but the release-and-patch approach could tarnish the delight of day-one supporters.

Concluding entries are often tough to craft. But when the property is preceded by hundreds of hours of build-up, a gratifying culmination can be especially daunting. Largely, The Legend of Heroes: Trails of Cold Steel IV lives up to its potential, with a collection of characters that spans nearly a decade. With not without flaw, this is the concluding entry on a story that might just be this generation’s the Iliad. Hopefully, Nihon Falcom will grace us with an Odyssey as well.

The Legend of Heroes: Trails of Cold Steel IV was played
on the PlayStation 4 with review code provided by the publisher.

Summary : At the end of an epic journey, the pressing question is would you take the trek all over again, knowing the outcome? With Cold Steel IV the answer will likely be a resounding, “YES!”, given the title’s tie-ups of narrative strands and a cast that’s thoroughly intriguing. Finally, a longing for closure provoked by Cold Steel III’s cliffhanger receives sweet satisfaction.