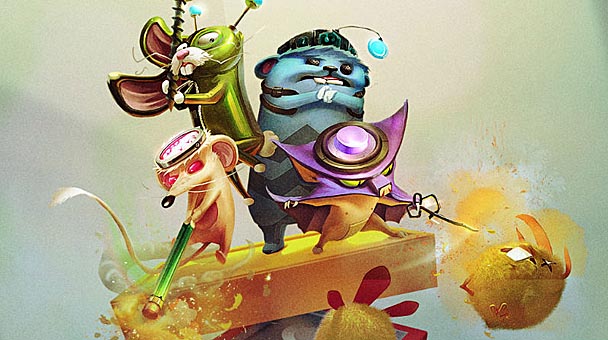 What is the concept? In the inaugural effort from Montreal-based Spearhead Games, players direct a squad of four mutated lab animals, with each teammate possessing a distinctive ability. Dax the bat has the capability to push items, while Stew the Rabbit can pull things in. Pad the mouse can instantly exchange positions with objects and Minsc the hamster can summon a blue block that can be detonated to increase his leaping range. During the duration of Tiny Brain’s three-hour campaign, the capabilities of each creature will be needed to navigate through the game’s compilation of conundrums.

Playing individually, gamers use the DualShock 4’s directional pad or bumper buttons to cycle through the members of their menagerie. For either local or online parties, each gamer controls an animal in the Tiny Brains troupe. When there’s less than a quartet of players, participants can quickly switch to one of the unused creatures. 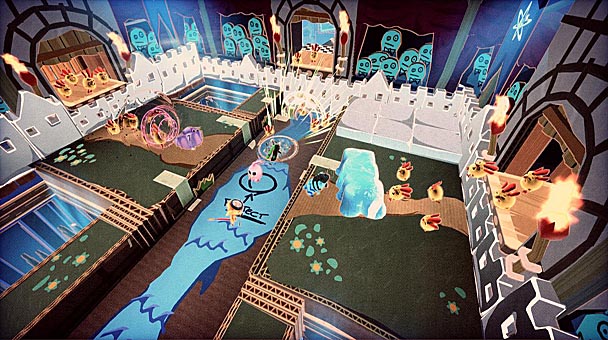 Gameplay revolves around a few core tasks. Most often, the Tiny Brains teams is tasked with shifting objects around in order to activate the switch which operates an exit door. Occasionally, the physics-driven action asks players to use the abilities of the animals to direct an enormous ball across labyrinthine levels. Other moments, players will have to defeat crews of angry chickens in combat segments which offer a reprieve from the title’s succession of puzzles.

What are the game’s strengths? Replicating the structure of Portal, Tiny Brains’ supplements its dilemmas with an amusing voiceover from lab scientist with a Russian accent. While the humor doesn’t reach the levels of hilariousness exhibited by Valve’s script, the monologue does provide an impetus for the Tiny Brains team, as they work to disprove the diminished expectations of the researcher. Completing the game’s main campaign even rewards players with a culminating song, substantiating the influence of the 2007 puzzler. 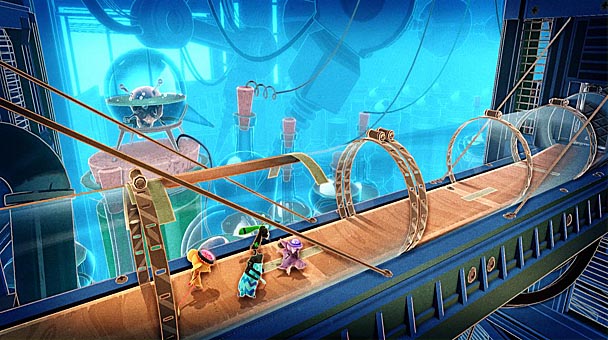 Like Portal, Tiny Brains often offers multiple solutions to each puzzle. Occasionally, there’s a method that feels like you’re playing the game duplicitously, which proves to be curiously rewarding. Yet, even when gamers are systematically working toward an ‘appropriate’ solution, the sensation of working collectively is appealing when say, Minsc creates a block, which is pushed out by Dax, then attracted by Stew (who got into position with Pad’s assistance).

Beyond Tiny Brain’s Story Mode, the game also extends a number of additional variations. Gathering enough collectables unlocks Challenge Mode, which offers extended versions of many of the tests from the main campaign. Here, individual puzzle, ball, and combat sequences are given an elevated difficulty- with completion earning a place on the online leaderboards. From struggling to push the ball through a rotating tube filled with gaps and breakable floors to battle-driven endurance skirmishes, these supplemental trials become more engaging as the number of participant grow. 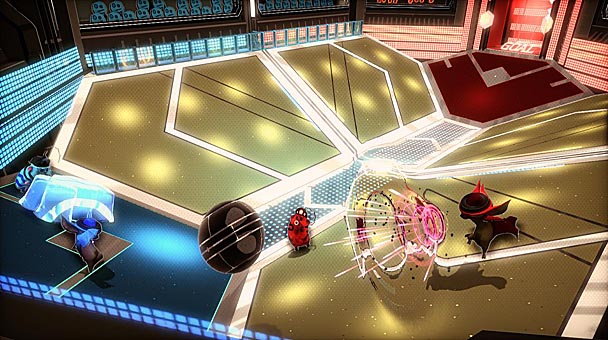 Tiny Soccer is a diverting mini-game that pits two, two-person teams in an athletic-inspired contest. In this event, each player is given Tiny Brain’s full ability set, providing the framework for some frantic action. A complete collection of capabilities also drives Jules Mode, where players are able to chance inclination at will- with the tradeoff of having a single life. Meanwhile, increases the urgency of Story Mode by daring team to compete against the clock. To raise the potential for chaotic play, friendly fire is turned on, transforming the habitually laidback puzzling into a comedy of errors. Together, these ancillary activities help to extend the title’s playtime, and add diversity beyond the course of the main campaign.

What are the game’s weaknesses? Although all of Tiny Brains components can be enjoyed by a crowd of local participants, Tiny Trolls and Tiny Soccer lack online functionality. Online games across the remaining modes generally worked competently, save for a few irregularities. Sporadically, positions disparities between players occurred. More often, in two- or three- participant games players would simultaneously attempt to into change into the proper character to solve a puzzle, instigating a brief moment of confusion. As such, voice chat is a near-necessity for Tiny Brains players. 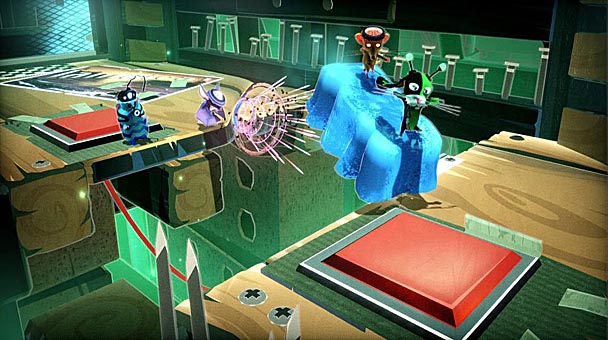 Although the Unreal Engine has demonstrated the capacity to drive intricate visuals, Tiny Brains doesn’t seem to fully exploit the middleware or the power of the PlayStation 4. Considering the game’s characters and environments demonstrate an unexceptional amount of detail, the scourge of screen-tear should not be present during gameplay. Additionally, the game’s high angled perspective can make certain environmental elements difficult to distinguish. Aurally, the game’s soundtrack fares far better than its visuals, offering a pleasing selection of infectious melodies.

Is it worth the money? Given that retail releases are going to quite meager across the next few months, Tiny Brains’ is a tempting proposition for PlayStation 4 owners. Given the game’s current MSRP ($19.99 or $15.99 for PS+ subscribers), the title offers a fair amount of involving entertainment for an equitable expense. While fans of physics-based puzzlers who own multiple DualShock 4s will want to pay full price to play the game now, others less enamored by the genre may want to wait for the predictable price drop. 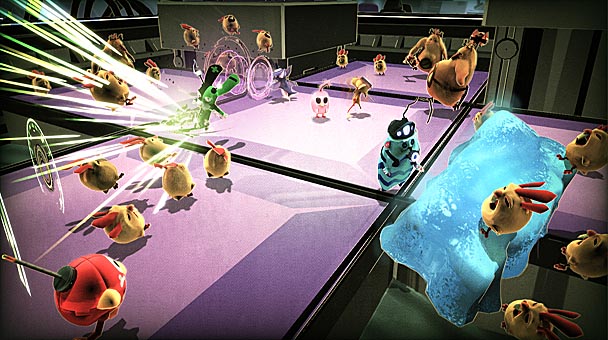 Tiny Brains was reviewed on the PS4 using review code provided by the publisher.

Tiny Brains Review
What is the concept? In the inaugural effort from Montreal-based Spearhead Games, players direct a squad of four mutated lab animals, with each teammate possessing a distinctive ability. Dax the bat has the capability to push items, while Stew the Rabbit can pull things in. Pad the mouse can instantly exchange positions with objects and Minsc the hamster can summon a blue block that can be detonated to increase his leaping range. During the duration of Tiny Brain&rsquo;s three-hour campaign, the capabilities of each creature will be needed to navigate through the game&rsquo;s compilation of conundrums. Playing individually, gamers use&hellip;

Summary : As a single-player excursion, Tiny Brains isn't very occupying. However, with a room of four eager gamers, the title is transformed into a lively, engrossing experience.