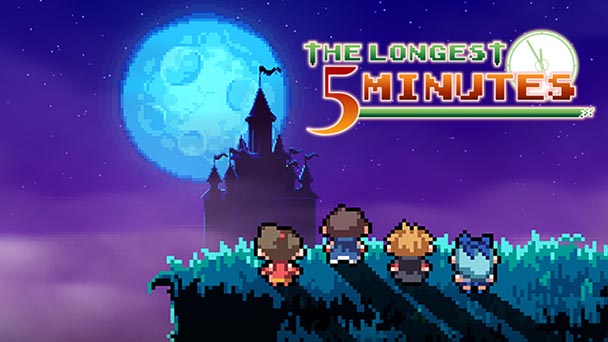 To combat stagnancy in the crime, thriller, and romance genres, the directors of Pulp Fiction, Memento, and (500) Days of Summer shirked chronology. Each film ditched the traditional, linear approach to storytelling, inviting innovation by presenting key plot points out of sequence. This approach is also at the heart of the recent release of The Longest Five Minutes. Like the aforementioned works of Tarantino, Nolan, and Webb, the technique helps to invigorate a rather conventional role-playing journey. While the result in a twelve-hour trek that’s just shy of essential, the effort is undeniably a thoroughly enjoyable, largely relaxed experience.

Following a brief sequence of sepia-colored flashbacks, Five Minutes kicks off in medias res, as a party of four adventurers prepare for a showdown with the final boss. But just as the ultimate showdown is about to occur, Five Minute’s protagonist suffers a breakdown. Paying homage to RPG doctrine, seventeen-year old Flash Back (yes, that’s his name) experiences a debilitating bout of amnesia, seemingly forgetting the arduous expedition that led him to the Demon King, his abilities, and even the name of him hometown. 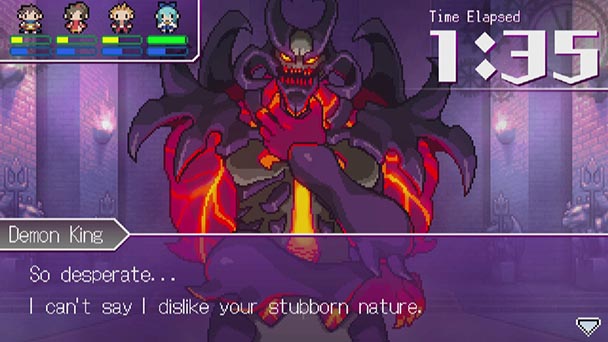 What follows is a series of nearly forty recollections, referred to as memories, drawn from the events leading up to the final confrontation. Using the boss battle as a framing device, Five Minutes leaps backward when conversation with comrades or provocation from the hulking adversary incorporates a memorable word or phrase, thereby triggering a portion of backstory. Although the approach is novel, the execution will feel familiar to role-playing aficionados. Habitually, there’s one required objective as well as two non-compulsory ones, tasking players with customary duties where they’ll explore new areas, perform acts of alchemy, or satisfy the request of a local NPC.

Naturally, some of these memories are punctuated by a dungeon that recalls the increased challenge of gym-based confrontations of the Pokémon franchise. Although Five Minutes could have been rooted in satire, skewered the tenets of role-playing, the game prudently opts for a mix of easy-going nostalgia with the occasional instance of puckishness. As memories are played through, you’ll gradually develop an understanding of the backstory, witnessing the significant moments where Flash and the trio of childhood friends commence their expedition and experience all the traditional tribulations faced by an adventuring party. 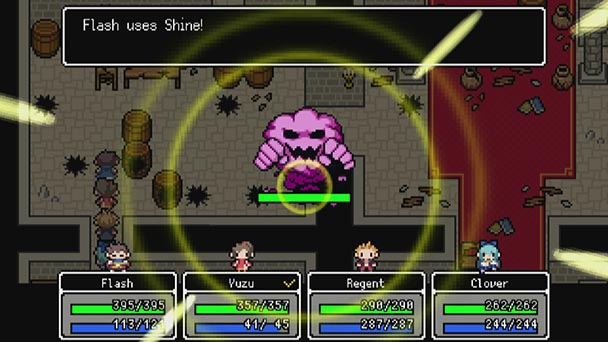 Largely, developer SYUPRO-DX how to construct a satisfying expedition. Beyond a slightly pervy party member who plays off the straight-laced Flash, there are a few contexts, like a visit to a hot springs, bound to induce laughter. And while a memory situated at a casino extends a rich premise, the decision to lock progress behind a slot-machine based challenge is destined to cause exasperation. But largely, the developers are aware that variety is needed across The Longest Five Minutes, and keep the momentum strong with elements like the inclusion of arcade-styled mini-games.

Complete a memory, and a few seconds will tick of the eponymous game clock, Flash will recover part of his consciousness and you’ll be rewarded with a screen where the hero exclaims, “That’s it! I remember now!”. Commendably, SYUPRO-DX ensures that Five Minutes takes advantage of the interactive medium and isn’t just a conventional tale told out of sequence. Sporadically, you’ll encounter forks in the narrative that influence which one of the title’s trio of ending you’ll witness. Pleasingly, you can revisit these junctions, shifting reality, both during the game and completion. 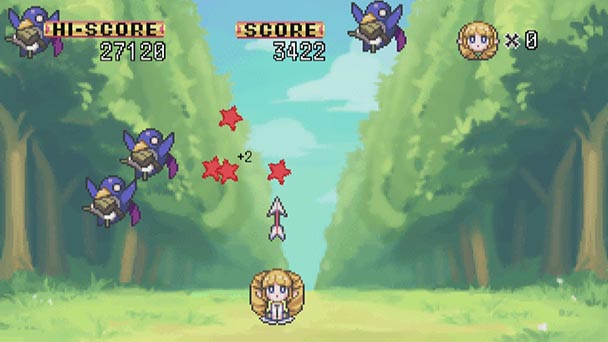 That said, there are a few ways that the developers could have really exploited the jumbled chronology of the game. The completion of objective rewards players with cleverly named re-experince points. And while there are opportunities to upgrade weapons and armor, item improvements don’t show up the future. While it is rewarding to see Flash and the gang acquire new skills, Five Minutes impairs any motivation to maximize the effectiveness of your adventuring party. While negating grinding will be a godsend to some, others who appreciate the role-playing tradition might miss the stimulus.

Perhaps another contentious decision is rooted in the game’s combat. These are turn-based battles which utilize basic commands, clearly inspired by the Earthbound and early Dragon Quest games. While the mechanics are solid, the level of difficulty for most enemies errs on the side of ease. Save for bosses, players can surmount a majority these random encounters with basic melee strikes. Typically, playing to each party’s members archetype is only needed against the more formidable enemies, making the majority of encounters feel a little too elementary. But save for that, along SYUPRO-DX’s decision to ignore diagonal input when moving, The Longest Five Minutes is poised to please. 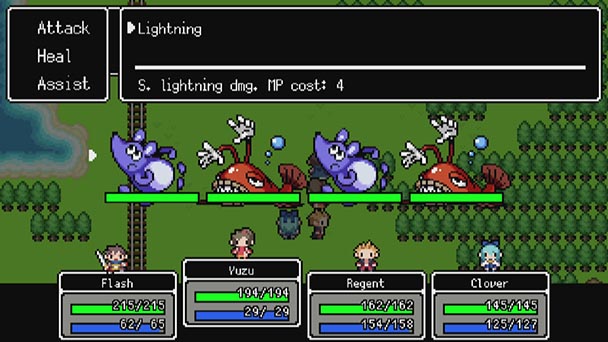 The Longest Five Minutes was played on the Switch with review code provided by the publisher.

The Longest Five Minutes
Platform:
Switch, PS Vita, PC
Developer: SYUPRO-DX, Nippon Ichi Software
Publisher: NIS America
Release date: February 13th, 2018
Price: $39.99 via physical (Switch) or digital (Switch, Vita, PC)
Steam version currently on sale for $35.99
The Longest Five Minutes review
To combat stagnancy in the crime, thriller, and romance genres, the directors of Pulp Fiction, Memento, and (500) Days of Summer shirked chronology. Each film ditched the traditional, linear approach to storytelling, inviting innovation by presenting key plot points out of sequence. This approach is also at the heart of the recent release of The Longest Five Minutes. Like the aforementioned works of Tarantino, Nolan, and Webb, the technique helps to invigorate a rather conventional role-playing journey. While the result in a twelve-hour trek that&rsquo;s just shy of essential, the effort is undeniably a thoroughly enjoyable, largely relaxed experience. Following&hellip;

Summary : If The Longest Five Minutes’ plotline was presented in chronological order, it might feel a bit trite. But an evasion of linear storytelling endows the game with novelty.