Destiny Expansion: The Dark Below review 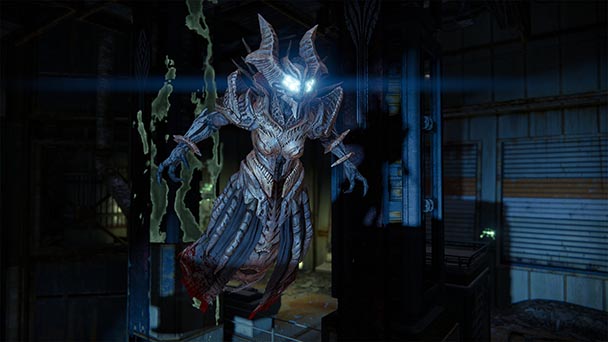 Destiny’s most exigent enemy isn’t a Skiff, Minotaur, or even a Wizard, it’s the menace of monotony faced by shooting and looting across a limited set of environments. Sure, the game exhibited a prodigious grasp of precepts, flaunting the type of exhilarating firefights and a visual delivery expected from a follow-up to Bungie’s beloved Halo series. But while skulking through The Vault of Glass to secure that elusive blue and purple gear capable of pushing players past the hard level cap, tedium became just as dangerous as the showdown with Atheon, the final boss.

Three months after Destiny’s release, the developer has released The Dark Below, an expansion which hopes to replicate the rejuvenation achieved by packs like Warlords of Draenor– an add-on which stimulated fatigued WOW players with a plethora of new content and game modifications. With an inventory that boasts a trio of Story Missions, three additional Crucible maps, another raid, fresh weapons and armor, and at least one new Strike (PlayStation 4 owners are privy to a second Strike Mission until the fall of 2015), the surfeit of supplements would seem to easily justify a twenty dollar purchase price. 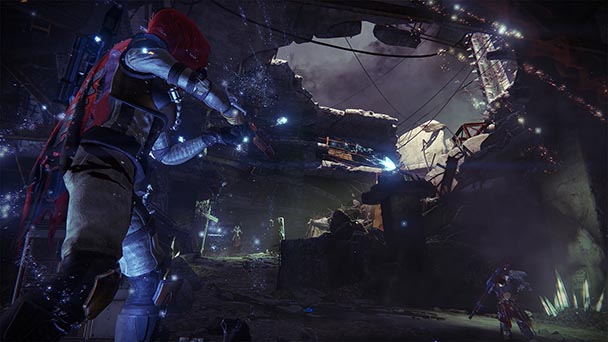 Yet, in execution, The Dark Below makes a few detrimental mistakes. Crota’s End, the pack’s new raid provides a proper companion piece to The Vault of Glass, with the old six player test of coordinated shooting, and springing and stealth, complemented by a fresh collective exercise in shelling and protecting a sword swinger. But other that this supreme challenge for teams, most of The Dark Below feels all too familiar and fails to flesh out Destiny’s still-skeletal storyline.

Returning to the game’s Tower, players will find Eris Morn, a battle-scarred survivor whose existence was hinted at during the main campaign. Complete The Dark Below’s first mission, and the character will bestow The Murmur, a burst-firing rifle capable of alternating between solar and arc damage. While the dual ability of the weapon is advantageous against groups of assorted enemies, it’s essential when fighting a forthcoming boss who can shift his shielding between solar and arc resistances. Pleasingly, The Murmur isn’t the only piece of worthwhile loot players will receive, with Bungie tweaking the algorithms to ensure players won’t become overburdened with conventional chest plates. 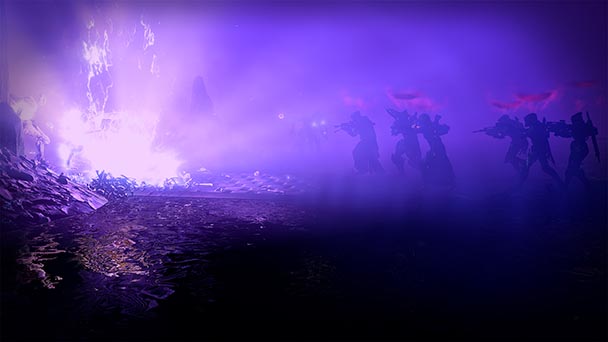 But the availability of new gear in the shops that can take players to the 31st light level cap is bound to be contentious. In effect, all those weekly excursions to The Vault of Glass have been rendered obsolete, and the grind for ultimate armor renewed by this new addition to the Tower. Much of the problem stems from Destiny’s synthesis of player level and armor ranking, an issue that could very well be replicated when the second expansion, The House of Wolves, arrives early next year.

Although reinstating the loot grind might be forgivable for a game influenced by MMO convention, less justifiable is the expansion’s effort to placate Destiny’s critics. Although Morn conveys the gravitas of a tragic character (conveyed mostly through her ceaseless stream of onyx-colored, oily tears) and her plea to stop Crota carries a modicum of expositional motivation, The Dark Below’s storytelling offers only a minor improvement on the main game. Too often, Morn’s in-mission chatter is steeped in the same kind of technobabble/mythos than manages to be both muddled and ambiguous. Undoubtedly, a few additional cinematics could have helped players make sense of things and add urgency to the firefights. 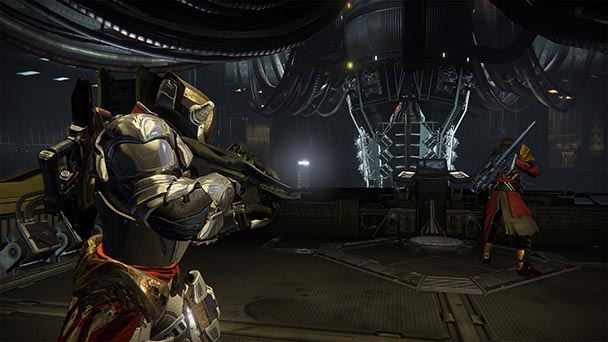 Less tolerable is The Dark Below’s reuse of assets. Players expecting to travel to new planets or encounter unprecedented adversaries are poised to be disappointed by the pack’s lack of ambition. Although the expansion can be commended for its seamless ingress, (with the expansion preloading on the Xbox One, making content immediately accessible at Below’s launch) the settings for the three story missions recycle existing areas, adding an alcove here or a chamber here. In execution, a mid-level player will be able to blow through all of The Dark Below’s Story Missions in less than an hour. The constrained amount of content feels even shallower when you can’t replay the first story mission more than once with the same Guardian.

Notably, Each of the three bundled Crucible maps seems suited for a particular type of competition. Pantheon revisits the winding passages of the Black Garden, offering a symmetrical map that has both confined areas as well as elongated line-of-sights, fostering a mix of shotguns and sniper rifles. The Cauldron offers a shambolic network of adjoined rooms that serve as a catalyst for close-quarter combat, while Skyshock’s expanses are clearly designed for vehicular interaction. Although the new venues use familiar locations, the changes in architecture help diversify PvP battles and make a welcome addition. 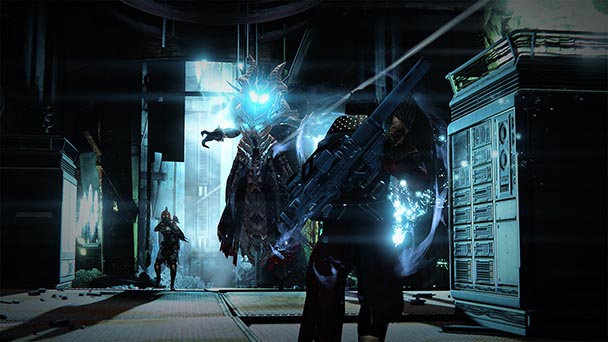 Weekly Nightfall Weekly Heroic Strikes are the key to obtaining Strange Coins, the curiously named currency that are used to purchase items from Xur, the vendor who would appear once a week. With the arrival of The Dark Below expansion, Bungie has made the new Strike, The Will of Crota, the sole method of earning coin. Unfortunately, that means players who didn’t purchase the expansion are locked out of two activities. While the developer will most likely reopen up the Weekly Strikes for everyone, new content should be additive, and not take core undertakings away from the existing fanbase.

Which leaves us with Crota’s End, which in undoubtedly the high point for the pack. Assuming players can reach the proper level and locate a group of five other friendlies with microphones, the raid is a staggering experience, requiring teams to work in total unison, as the temporary loss of even a single player can easily lead to catastrophe. Remarkably, the raid offers the type of encounter rarely seen on console, with players creating ad-hoc language to give orders. Expectedly, competition rewards units with the type of high-level loot that’s equitable for such a superlative challenge. 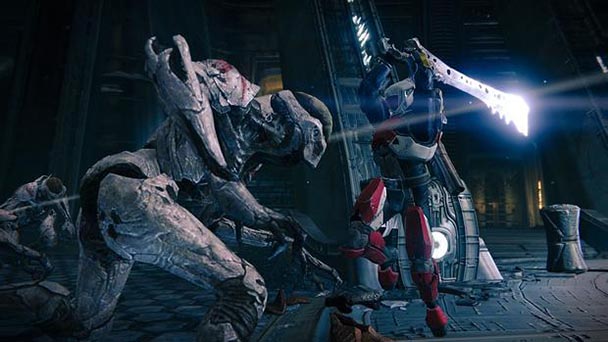 It’s The Dark Below’s new raid that saves the expansion from the depths of mediocrity. As that endeavor is geared toward Destiny’s most dedicated Guardians, casual fans will want to wait for the price of the pack to drop before committing. By that time, they’ll presumably have reached light level cap and be properly prepared to take on Crota, or else fallen prey to Destiny’s doldrums.

The Dark Below was played on the Xbox One with review code provided by the publisher.