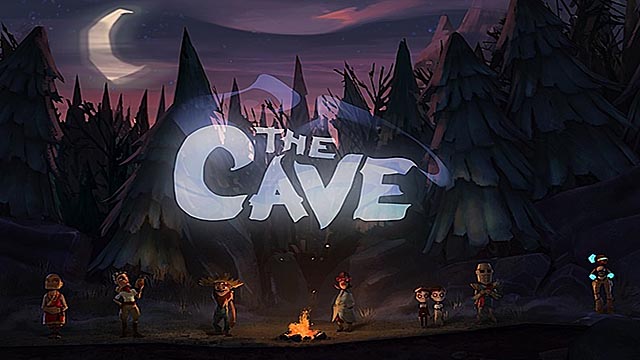 Successful rockers are often faced with a difficult quandary. Venturing into unexplored directions can present new opportunities for musical expression. However, crafting an album that delivers only a slight variation from a fan-favorite can be a dependable (if contrived) method of maintaining stardom. Undoubtedly, adventure gaming guru Ron Gilbert must have felt a similar tension.

While Gilbert’s helming of the Deathspank franchise elevated the two-game series to both critical and commercial success, the titles didn’t garner the same acclaim as the designer’s pioneering work in the point-and-click genre. Certainly, guiding an eponymous hero to victory offered an adept amalgam of pugnacious action, perplexing puzzles, and irrelevant humor. Yet, the end result couldn’t surpass the lofty watermark set by Gilbert’s trifecta of Lucasarts-published titles- Maniac Mansion, The Secret of Money Island, and Day of the Tentacle. The release of The Cave for PlayStation 3, Wii U, Xbox 360, and PC, finds Gilbert collaborating once more with Tim Schafer- to resurrect a concept that revisits many of Mansion’s mechanics. From branching plotlines to protagonists who possess character specific traits, The Cave recalls many of the rudiments of the 1987 classic, albeit with woefully inconsequential platforming element. 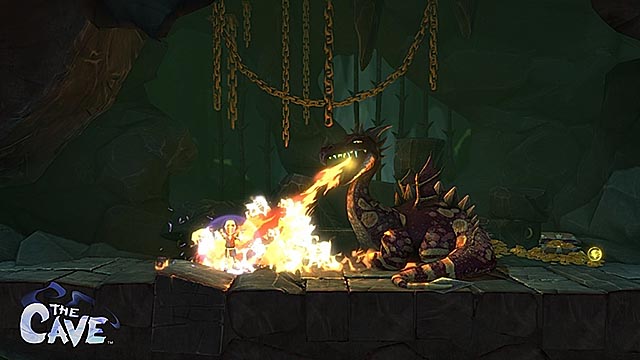 Upon initiating a new game, an introductory cutscene introduces players to the Cave- a sentient, sardonic cavity that offers a Rod Sterling-esque commentary on the action. Shortly after, players choose three adventurers from a pool of seven protagonists (or eight, since one entity is a pair of twins). Echoing The Twilight Zone, there’s nary a sympathetic protagonist around, with nearly every character sharing a sinister impetus for venturing into the cavern. The title’s narrative enjoyment comes from two sources: the dependably amusing observations offered by the Cave as well as consequences of each character’s actions. Typically, players will see karma’s merciless reprimand long before the oblivious explorers ever do.

Navigating through the subterranean environment is accomplished with the left stick, with characters able to jump and pull themselves up from ledges. The later was likely added to temper The Cave’s half-hearted physics modeling. Not only does jumping feel floaty, but there’s a micro-second delay between a button press and the initiation of a leap as well as persistent framerate flutter.  Remarkably, there’s a noticeable lack of action-oriented risk in the game, with perilous drops merely resetting the character without penalty. Coupled with a large quantity of backtracking, skulking through The Cave’s locales grows tedious. While it’s commendable that developer Double Fine aspired to make travel more interesting, the title fails to capitalize on its ambitions. 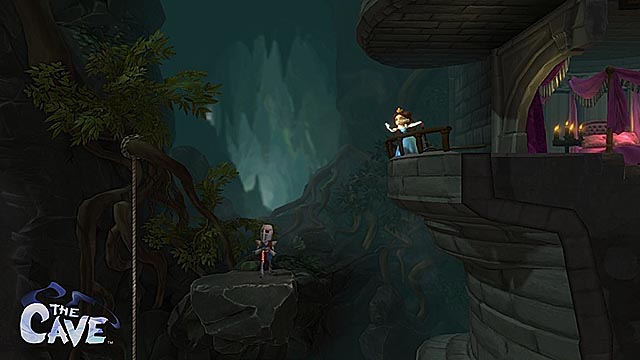 Faring a bit better are The Cave’s collection of conundrums. Generally, the title’s puzzles aren’t too cerebrally strenuous, although players might become perplexed by the dilemmas faced by one protagonist. Essentially, the game brainteasers come in two varieties- general puzzles that can be solved by any personality as well as others which are only accessible by a character’s unique special ability. With seven personas and the ability to direct three protagonists concurrently, it’s not exactly a head-scratcher to determine that you’ll have to play The Cave three times to see all of its content. Yet, what is perplexing is the provocation behind that final go-round. By the third play-through, most of the game’s general puzzles have been solved twice, diminishing the concluding experience. That said, the first two trips through the title will likely please adventure game aficionados. Ron Gilbert’s posers habitually give gratification when they’re solved, awarding players with a pleasing sense of accomplishment. Fortunately, the trend continues with The Cave.

The ability for the title to accommodate multiplayer suggests that Double Fine wanted gamers to be a communal venture. Yet, the lack of game’s lack of split-screen is troubling, sullying what could have been a lively romp with a pair of local or online acquaintances. As mentioned earlier, the game’s refresh rate can be a bit lethargic, which is surprising given the game’s charming, but hardly hardware-pushing visuals. 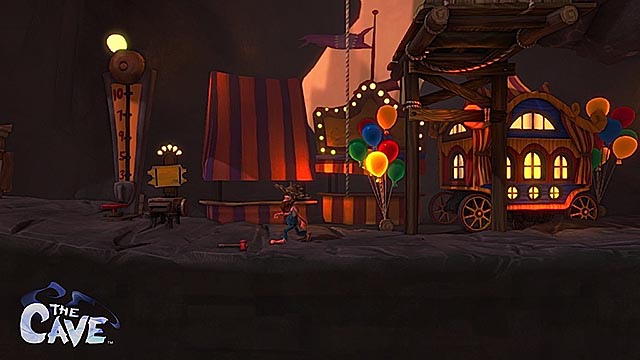 The Cave reveals Gilbert straddling the gap between replication and innovation. Regretfully, this middle road approach means that the title lacks Maniac Mansion’s magnitude of consequences, while new additions such as platforming and multiplayer never congeal. Although nothing about The Cave is precarious enough to offer an ‘enter at your own risk’ admonition, potential adventurers might want to try the demo before committing to a full-priced expedition.